Ralphie is a Good Boy 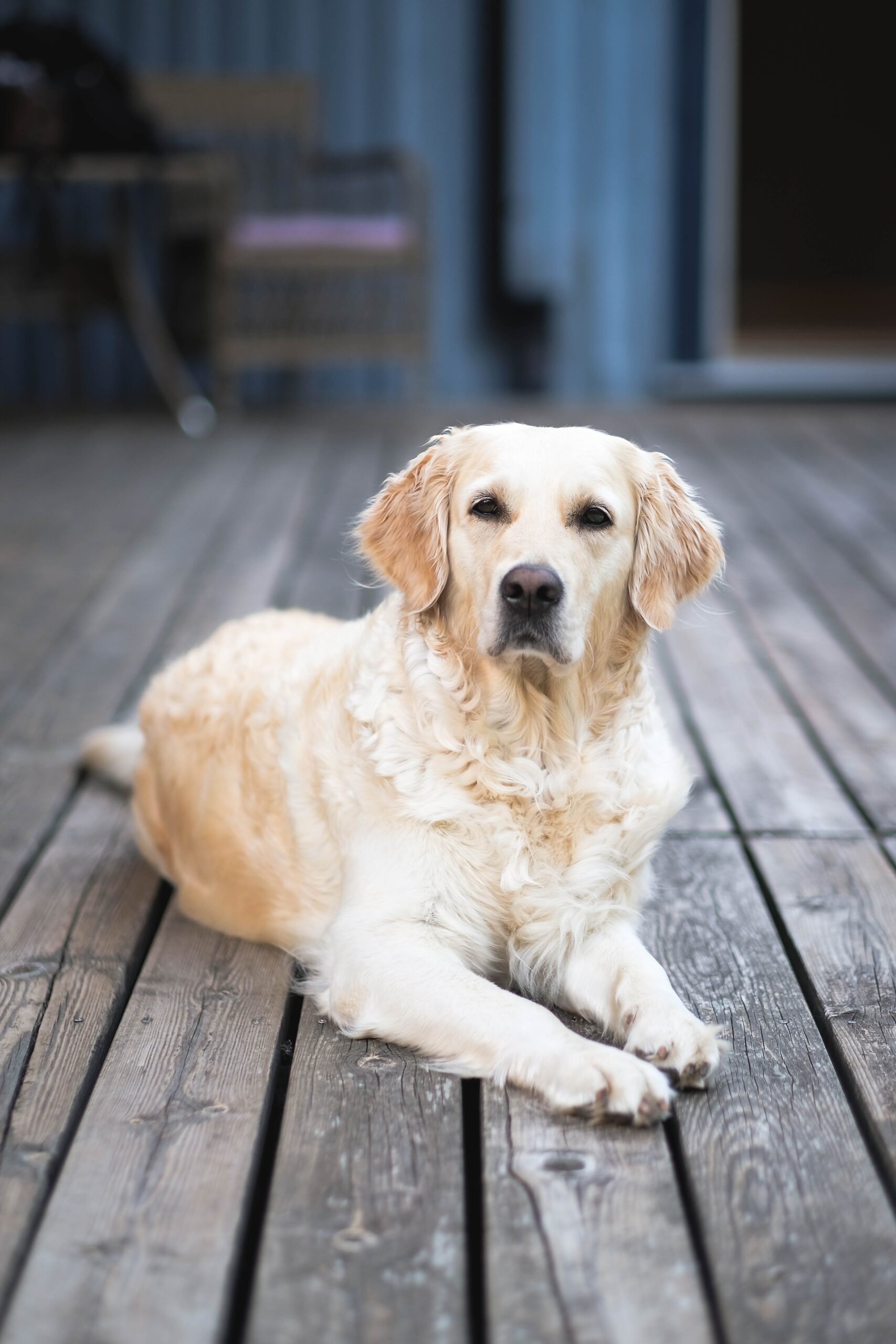 Ralphie is a good dog. We say “Good boy!” and “Good doggie!” because Ralphie can wait patiently for his turn to eat. Ma says, “Patience is a virtue.”  So when Ralphie waits patiently by the table for us to be done, Ma lets him clean up the scraps.

Ralphie is a Golden Lab. He is golden like the wheat on our farm used to be. The wheat on our farm isn’t doing too well anymore. Father has to spray it all the time and that doesn’t work because I see him yelling at the field and thumping his fist into it every day. Ma tells him it will come back and to just wait. It will be nice and gold again, just like Ralphie. She says The Lord told her so, in a vision she had, and that The Lord comes to those who wait for Him, those who seek him out. Father doesn’t listen to The Lord much anymore. He doesn’t listen to Ma either, for that matter.

We got Ralphie when he was just born. Ma scooped him up from the McNeils down the road, so that Ralphie wouldn’t have to be carried down to the river that night. Father named him Ralphie because he threw up the first scraps we gave him.

Back then, he was so little he could fit in-between Father’s chin and his chest. They would both fall asleep on the couch just like that. I would quietly take the beer right out of Father’s hand so he wouldn’t spill it all over the floor. The second I grabbed it, they would both twitch at the same time, but they would never wake. I was real good at being fast. Then I’d take a long sip of the beer. Like Father did after he came back from Church.

Before the bad wheat were the chickens. Ralphie was so excited about the chickens. Father was, too. Father said, “Hard work makes the man, and a hard-working man will always find work.” So Father taught me how to build the chickens a coop. We worked for an hour every day (except Sunday) for one whole week and on the last day we put ten fat chickens into their new coop. When we were done Father went to the kitchen and grabbed a beer. He gave me a tiny glass. He said “You’re still tiny.” He grabbed a bowl for Ralphie, because Ralphie is a good boy and did a good job too. Then Father said the prettiest words I ever heard.

The chickens were happy in their new coop for the summer. When it got a little colder outside, one of the chickens started to wobble a lot and fall over. Then he started making these wining noises in the middle of the night. Father had to go see her to make her stop. One by one the chickens cried out in the night and one by one Father made them stop. When the last one cried out—I didn’t name him, because Ma said ‘why even bother’—Father grabbed me hard by my arm and handed me some of his favorite bottle of whisky and pulled me outside to the coop. I didn’t want to do it but he kept pushing me forward. When Father smelled sweet and strong like that, there was no disobeying. “If you build it, then it’s your right as a man to destroy it,” he growled. Father had to hold my arms steady because I was shaking so much—it was like a big bear was hugging me, helping me strike the match.

Me, Father and Ralphie watched the coop burn to the ground. The last few dead chickens were still lying inside their home. It smelt sweet when it burned but there was a sour stench underneath. Father sipped his whiskey.

Father was fighting with the wheat again today. He was cursing The Lord and saying the things that Ma has forbidden me from saying. I don’t know why he is cursing the Lord when a farm where things don’t grow seems to be more like the devil’s work. When Ma called him in for dinner, he went straight to the fridge and grabbed six cans of his favorite beer. One by one he opened his mouth wide and poured them down.

“I think I’m going to get some pigs.” Father grunted.

“From the McNeils,” He added.

“Is that such a good—” but before Ma could finish her sentence, her wooden plate flew across the table and hit her hard in the cheek. Gravy and blood dripped onto the yellow sunflowers on her dress. Father stood up and stomped out of the house. He slammed the door so hard that the water jumped out of my glass. Ma stayed quiet for bit then slowly got up and cleaned herself. She fed Ralphie the scraps because he was waiting like a good boy.

Father came back later that night. Me and Ma fell asleep in the big room, with Ralphie dozing under the table. When Father came in yelling and thumping, we all woke up. He was wobbling just like the dead chickens and speaking in mumbles and words that I could barely understand. Saying things like “What do the Mcneils know” and big words like “tainted” and “wretched” and “blighted.”

“It’s this God-forsaken earth,” Father yelled at us. He picked up a knife and ordered Ma to bring him food at the table. Father sat in his chair and stabbed at his meat while glaring at us. I was so scared he would start slicing at us too if we moved. I thought of it like a game. If I could stay so very still, maybe he would keep the knife away.

Ralphie didn’t know how to play the still game. It was the wrong time for Ralphie to get sick. I thought if Ralphie could just be sick quietly, Father might not hear him. But Father hears everything. He stood from his chair, his knife in his hand and went for Ralphie.

Ma says patience is a virtue. She tells Father to wait as he rolls around on the ground like one of our old chickens. She tells me to wait for the Lord to come and get him. The Lord rewards those who wait, she says. Ma puts a finger to Father’s lips when he tries to speak. She tells him he’s said all he needs to. But Ma says to wait to get help. Ma says to wait. So I’ll just wait. The kitchen floor is red now.

I lean close to Father’s pale white face and whisper back the prettiest words I ever heard.

Sacha Bissonnette is a short story writer from Ottawa, Canada. He is a reader for the Wigleaf top 50 series. His work has appeared in Wigleaf, Lunch Ticket, SmokeLong, and Cease, Cows, among other places. He is currently working on a short fiction anthology with the help of a National Canada Council for the Arts grant, an Ontario Arts Grant, and a Youth In Culture Ottawa Grant, and was recently selected for the Writer’s Union of Canada–BIPOC Writer’s Connect mentorship. He loves film and comfort food and tweets @sjohnb9

Photo by Max Sandelin on Unsplash

← The Long (But Not Inappropriate) Goodbye
One Hundred Knives →