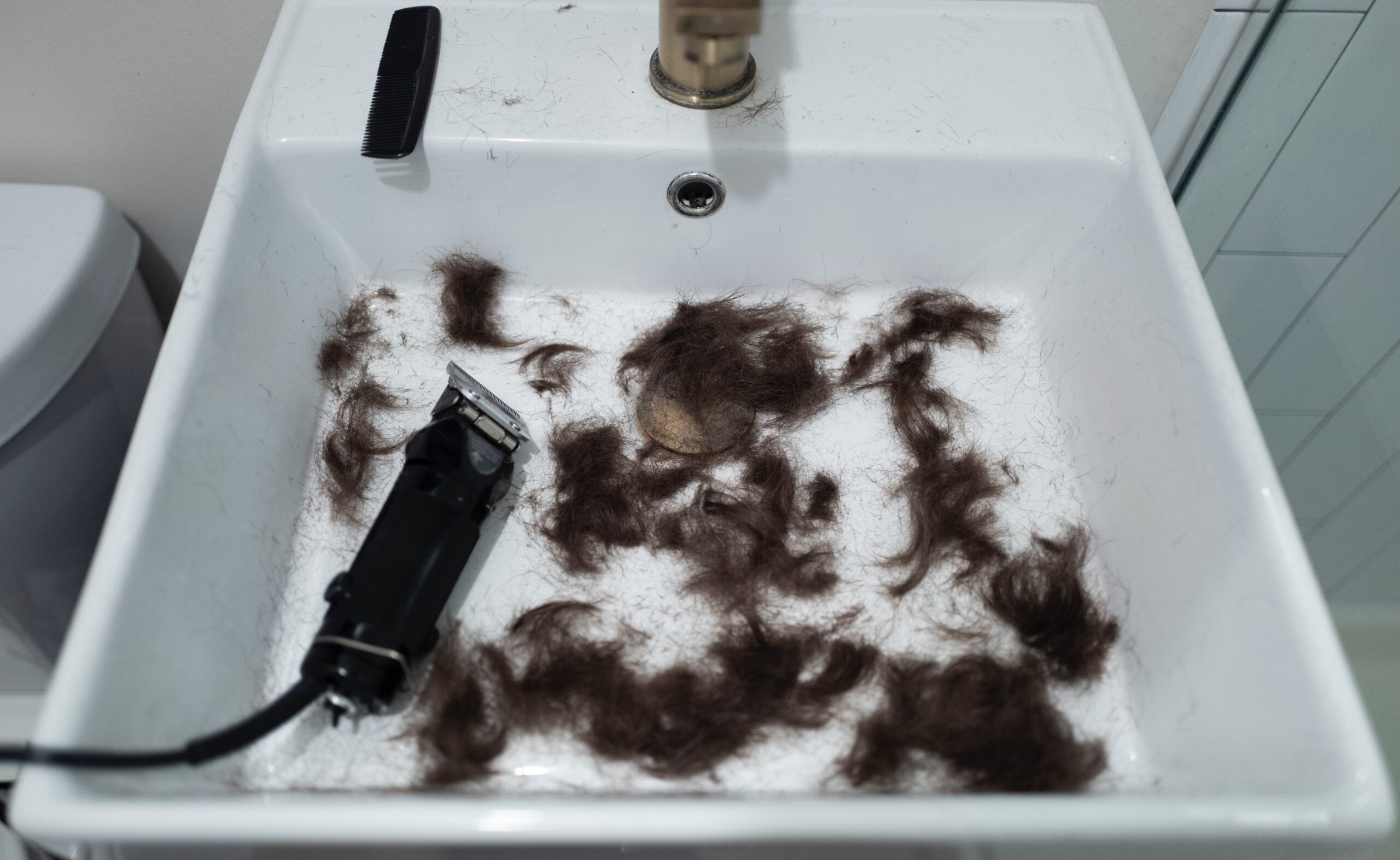 Back home, the lone lamp is on. A timer, a purpose. YouTube: “install garbage dispoesl” at 1.25x playback speed. As it buffers, I look outside the kitchen window. The twilight slashes through tree trunks in the backyard. A mole crawls out of a hole. It has a cloud on its face, its body ablaze with the sunset. It’s staring at me, I think. It’s smaller than a bread-fattened squirrel. It’s the first time I’ve seen one in person. Small, wild, unencumbered. I tell Siri to remind me to get a bag of soil. I set the disposal on the yellowed Formica. I decide to lay on my heart bridge, at least that’s what my yoga friend told me. My spine decompresses, a tingly sensation and then a warm one and then all is right in the world. My eyes affix to a darkened ceiling tile. It gazes back with its auburn eye. Why have drugs when you can work your spine? My phone vibrates inside my jeans. I made a rule in the old apartment not to answer the phone during exercise time, but this was a new house, my house. I make a new rule, pull the phone out. “Dad middle-finger emoji.” New rule is terrible already.

I rise, my back reluctant to resume stasis. I want more time for pushups and planks. Ceasing the pandemonium, I tap Answer. “Hello father,” I say. A crackle, then he says, “Yo.” “What do you want?” I speak. “Just wanted to see how’re you’re—” He pauses. “Adjusting.” “Everything is fine,” I lie. “I probably know a thing or two about that ol’ shack, he adds.” “That’s nice,” I say. “City Slicker out in the wild,” he says, chuckles. The second time hearing that term. Now who’s the meme? I look through the hazy window. It gives the darkening woods an opaque, haunting look. I wonder if he’s outside. It wouldn’t be impossible. He said it himself. He may know a thing or two. “Still there?” he speaks. “Yeah, yeah I’m good,” I say. “Alright, uh, freace out,” he says. I hang up before him, still let him get the last word. I look at myself in the mirror, the roundedness in my upper back, the pouch on my abdomen. Freace out, huh? Haven’t heard that phrase in years. I thought it died when Mom did. So, I do something on which I wasn’t planning. In my top dresser drawer, sits my clippers. It’s not time to do a full body shave, but change is needed. Right now. I pop in the 3mm guide, shave my luscious hair. A part of my immediate past dies in the mirror. The bathroom sink fills with black locks. I look at the scar on my cranium. Two inches behind my left ear. It’s barely visible now. I dare not go any further.

I woke up early to install the garbage disposal. Didn’t need his damn help, yet my head is cold. The beanie stuffed in my coat pocket finally had a full-time gig. I may be a city slicker, but I also have an M.S. What can’t I do? When I pry open the brittle shell of a box, the instructions smeared by ancient water. Guess I will need YouTube. The video buffers again. I get hungry and heat a ramen breakfast. A sturdy, metal stove with flaking paint chips. I watch the doe-eyed man with a combover. Hands smoother than a baby’s ass. I woke up the antithesis of this guy, yet here I am. The pot bubbles over. It is 6:17 AM. Time to spite my dad, the world. My fingers turn off the heat, twisting backward, feeling tension. Wasn’t a great fit, but hours later, I did it. I run the tap and let it fill. There is an orange on the counter, stricken with mold. I pull it apart, caress mold spores. The blades whir like demons, thank me for the offering. It’s as if my grandad was waiting for this moment. I get that weird urge to shove my hand in. Think they call that l’appel du vide.

Josh Dale does well with cats, plants, and coffee. A native Pennsylvanian, he’s an alumnus of Temple University & Saint Joseph’s University. He is the author of a poetry collection, Duality Lies Beneath (Thirty West Publishing, 2016), and the novella, The Light to Never Be Snuffed (Alien Buddha Press, 2022). His work has appeared in Breadcrumbs, Autofocus, Drunk Monkeys, Maudlin House, Micro podcast, and as a winner in the 2021 Loud Coffee Press Micro-Fiction Contest. Find him on his site: www.joshdale.co.

Photo by Matt Bero on Unsplash

← Ralphie is a Good Boy
April →