I Don’t Always Drink Beer, But When I Do… 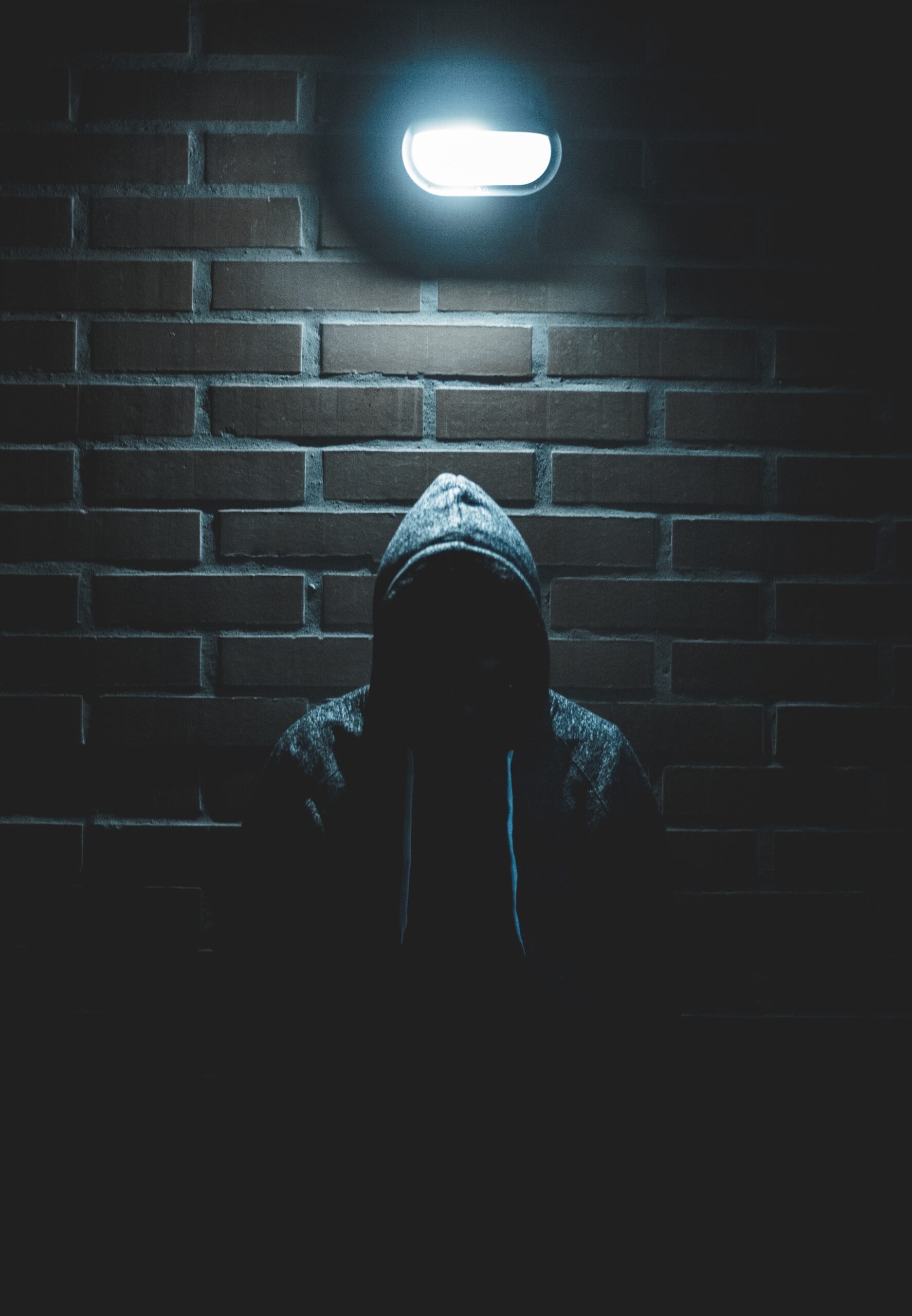 It doesn’t rain yet, but dampness hangs in the air, thick and heavy. A gust of wind plays with an empty Doritos bag, pushes it across the sidewalk, and slaps it on a stack of bricks supporting the rusty axle of a yellow Crown Vic parked next to the bus stop.

I control my steps and follow you at a non-threatening distance. That swanky beret of yours caught my eye as soon as you climbed on the bus and shuffled by me to an empty seat. That was, what, twenty minutes ago? Your perfume reminded me of old books. Fluffy blondish hair veiled your face except for stout straight nose. I hardly saw your eyes or lips, but noticed your hands. You thumbed your phone all the way from Broadway and La Salle, cradling it in a large, adult-male-sized palm, although the rest of you didn’t look much older than me. Like sweet sixteen, tops.

I was jealous of how hard you worked your phone. You must have a large social circle, many friends, and a boyfriend perhaps. Duh! Where are they now, girl? It’s late and you are alone. Except for me.

When you got up two stops before mine, I knew I had to get off the bus too. Levees threatened to break. Whatever thoughts you might have had about me, our paths seemed to coincide. Though not for the reasons you might think.

Your gait is a bit waddling. Not pretty, but exciting, as I imagine your denim skirt bursting at the seams over your hips. It makes me think about another unavoidable burst. The mounting pressure, I mean. My point of no return is fast approaching. I can feel it. I know, at that very moment, everything is going to get better, brighter, and more joyful and liberating. Better than trite sex.

I’m not sure what “trite” is. That’s what Jose’s father called it that one time about two weeks ago when he had too much to drink and couldn’t go and get us another six-pack. So we just sat and talked. I mean, who wouldn’t want to learn more about life and stuff? That’s when he called sex not just “fucking”—that he calls almost everything—but also “trite” and then elaborated that it was “a sad anemic chafing by mutual agreement and with a predictable result”.

A foul stench makes me look down just in time to avoid stepping on what’s left of a spotted black and white Chihuahua, half flattened by a car on the edge of the puddle. The fringe of its intestines floats nonchalantly in the muddy water. Yikes! I step over it and look away as my bladder threatens to burst. My feet reflexively pick up the pace.

You jerk your head as if you hear my footsteps. We are too far apart for that, but I imagine that you do hear. I imagine you trying to snatch a quick glance without revealing your apprehension. We learned stuff like this in biology. I’d liked that shit so much I googled it and, boy oh boy, there’s this thing called psychology and even sexo-fucking-ology. Yeah, baby, cool stuff.

Like, do you know what happens when it’s dark and quiet around like it is now and you hear steps behind your back? I do. I mean, I read about it. I imagine an artery pulsating on your neck under soft strands of your hair. It’s like when you, sweetheart, are kissed and caressed, the blood carries the hormones throughout the body, softens you, and fills you with warmth.

Not the case here. Nope! The clopping of my soles would’ve injected adrenaline into your bloodstream. The panic and feeling of inescapable doom would’ve wadded your consciousness. Pupils would’ve constricted, sweat beaded all over your body as it shook and mobilized itself. There would’ve been a sudden chill inside as the blood drained away from your stomach and from your face to nourish the muscles. Yeah, baby, you would’ve needed their strength to show some resistance, to give the last battle, which would not be difficult for me to win if only…

You pick up pace and the distance between us increases. It gets harder and harder for me to hold, but I must be patient. No one’s in sight right now and the light of the solitary lamp on the pole behind us barely reaches here, but I know that a patrol car of New York’s finest may pass any minute. I don’t want to risk that. Not with only twenty or so yards left to the turn. Now it’s only ten. Five.

You reach the turn. It’s just an unfortunate coincidence that you dive into the alley and rush forward along the narrow path, almost breaking into a run. Oh, what must you be thinking as I speed up down the same alley, unable to control myself anymore? I duck into the shadow of an oak tree next to the park fence and unzip my fly… Ahh!

I imagine you calling the cops to accuse me of stalking. I think note to self: on the next Dos Equis night, remember to use the bathroom at Jose’s before embarking on forty-five-minute ride home.

A burly silhouette barrels from behind the oak tree and stops, steel-toe work boots step up to where my stream hits the ground. A glint of moonlight hops off the edge of a broken bottle in the silhouette’s hand. Because of the scant light, I can’t be sure, but the fly on his pants seems to be—

Something cold presses on the back of my neck. Cold and sharp.

“You scream, you die.” A reedy voice from behind my left ear makes me jump and misdirect the stream toward my right shoe. I gag on the waft of bad breath. “Now, boy, we can do this the easy way or…”

In 2020, Y. Len received an honorable mention from the Writers of the Future contest and, in 2021, saw the first story published on paper in the Wight Christmas: Holiday Horror and Seasonal Subversion collection.

Photo by Luis Villasmil on Unsplash