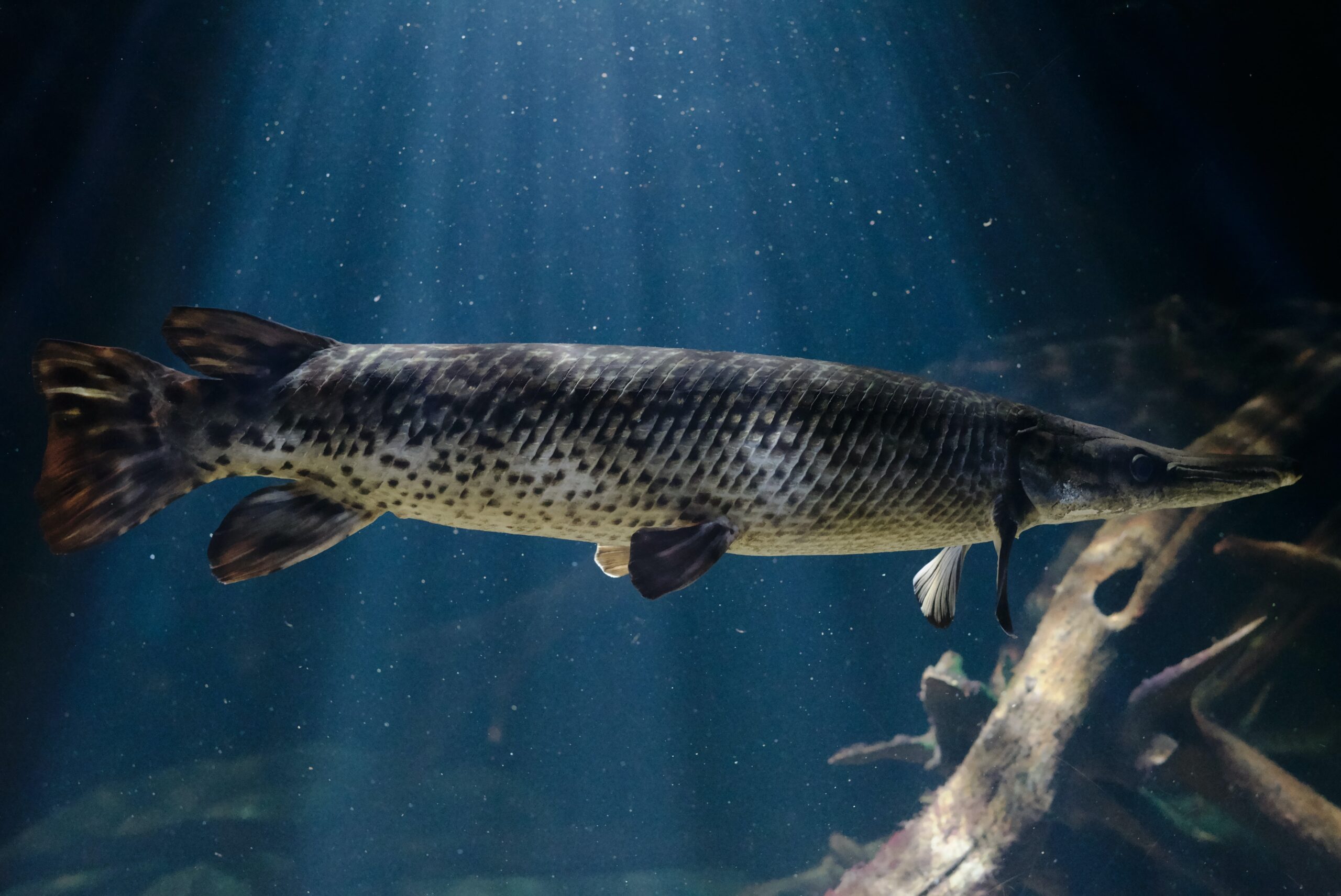 Randy Briggs, better known to pro-wrestling fans as Mountain Man Briggs, stared at the body that lay on the cracked bank of the Trinity River. It was the biggest fish Randy had ever seen, its long frame covered in huge scales that reminded Randy of shark teeth. Even in death, it looked intimidating. Its mouth hung open, revealing needle-like teeth that looked as though they could rip meat from the bone.

“What the hell is that thing?” Randy said.

Jack Spitzer, his tag team partner, and traveling companion stood beside him. He clutched a fishing pole in one hand and a six-pack of Lonestar Beer in the other.

“Ain’t even that big,” Jack said. “That’s a long nose. Alligator gar get more than twice that size and a hell of a lot fatter. When I was growin’ up we used to hear stories about them attacking kids who went swimming in the creek. Folks said one damn near took a boy’s leg and left it looking like hamburger. Set off a whole summer of people hunting ‘em down and killing ‘em.  Funny thing is, they later found out later the attack was done by an actual gator.”

It was a rare day off for the pair. They’d wrestled at a VFW hall in Shreveport the night before, and had a show at the Sportatorium in Dallas the following evening. It was the last leg of a tour that began in Florida, before making its way across the south with stops in Georgia, Alabama, Mississippi, and Louisiana.

They were billed as brothers with a country boy gimmick, coming to the ring barefoot and in overalls. Both stood over six feet tall and tipped the scale at just under 300 pounds, though they were advertised at a combined weight of 700. Their long, uncombed hair and scraggly beards completed the look, making it seem as though they’d just wandered out of the backwoods and into the ring.

Late last night they’d checked into a motel by the side of the interstate. The room was dirty, but it was cheap and the cable worked, the latter being a pleasant change from the last few motels they’d called home.

The fishing trip was Jack’s idea. He’d grown up in the area and said they were sure to catch a few largemouth bass or catfish. Randy resisted at first. He took a few hard bumps the night before, and his body hurt like hell. The idea of sitting in the sweltering heat while pain shot through his back and legs sounded terrible.

All he wanted to do was pop a few painkillers and make use of the magic fingers in their shitty room. But Jack bitched and complained so much about getting out, that he gave in.

“What the hell happened to it?” Randy said.

“Looks like somebody shot it with an arrow,” Jack replied. “See that big ol’ wound?”

He pushed the fish onto its side with his foot. There was a ragged tear in the middle of its body.

“And they didn’t eat it?” Randy said.

“Why bother killing it then?” Randy said.

“Why not?” Jack said with a shrug. “They ain’t worth a damn. Why do you think they call ‘em trash?”

Randy knelt down beside the fish. The pain in his knee grew intense for a moment and he winced. Getting back up isn’t gonna be fun, he thought. Sometimes he wondered why he kept wrestling. Problem was that he couldn’t imagine doing anything else.

He reached a finger out and poked at the corpse. The scales were hard and thick. He thumped them lightly, causing a bit of dust to swirl into the air. The body made a hollow sound. It was hard to tell how long it had been laying on the river bank. Prodding at it a little more, it seemed that it was turning brittle, baked by the blast furnace created by the Texas sun.

“You ever catch one before?” he asked.

“Never on purpose,” Jack said. “I threw a bait net out into the lake once and snagged one. Mouth so tangled up in the net that I had to break part of its jaw off to set it free. Wasn’t easy either. Damn things are all muscle and it was thrashing to beat all. I even sliced my hand on some of its teeth. Still got the scar.”

“Sounds like you got what you deserved,” Randy said.

“Probably so,” Jack said with a laugh.

“And did it survive?” Randy said.

“How should I know?” Jack replied. “I watched it swim off. Dunno what happened after that.”

Jack looked at the body in front of him. He tried to picture its final moments–the scales glistening as it swam slowly throw through the green water, dense muscle propelling it along effortlessly before exploding into violent motion when it was pierced by the arrow. He wondered how long it kept fighting.

“You think we should bury it?” Randy said.

“What in the blue hell for?” Jack said.

“It’s just a fish,” Jack laughed. “I swear, did you land on your head funny yesterday or something? You wanna say a little prayer over it too?”

He rose with a wince, hoping Jack didn’t notice. The magic fingers will definitely be put to use tonight, he thought. He gave one last look at the gar before setting off down the trail again.

Shaun Jex is a writer from the Dallas, Texas area. The former editor and publisher of the Citizens' Advocate newspaper, his work has appeared in publications like Texas Heritage Magazine, Cowboy Jamboree, and others.

Photo by GraceHues Photography on Unsplash

← I Don’t Always Drink Beer, But When I Do…
It Takes a Lot to Laugh, It Takes a Train to Cry →