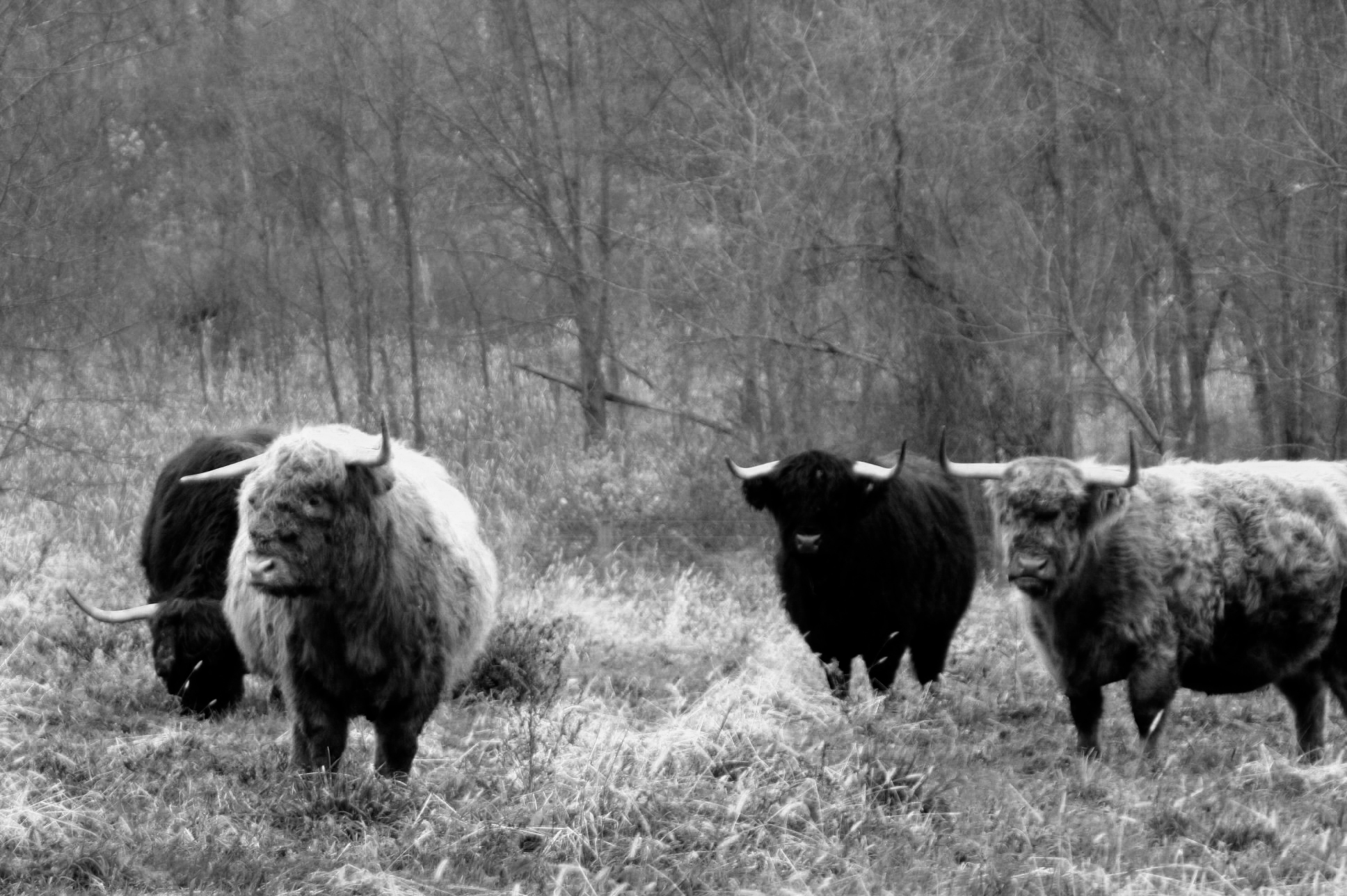 In the 1870s, a Yankee by the name of J. Wright Mooar headed west to shoot buffalo and send their hides back east to his brother for tanning and selling. After killing his way across Kansas, he moved south through Oklahoma Territory and then down into Texas, where he eventually set up a post near Fort Griffin. By the time the buffalo were gone, it was said that Mooar had killed twenty thousand on his own, but only one of them would be remembered. On October 8, 1875, here in what would become Spites County a year later, he shot a white buffalo. Now, it’s been said that a white buffalo is born only once every ten million births, so it’s no wonder the Comanche used to kick up quite a fuss whenever they happened. No doubt they would’ve liked to scalp J. Wright extra close for doing what he did to it and all the rest of their beloved buffalo, but they never got the chance, mainly because they were getting clobbered around this same time by Ranald “Bad Hand” Mackenzie of the Fourth Cavalry. Later on, Teddy Roosevelt offered Mooar five grand for the special hide, but he wouldn’t sell, and it’s been passed from son to son to son ever since. Once a year, during White Buffalo Days the first week of every October, it gets put on display and marveled at for a few hours like it’s something akin to the Shroud of Turin, and then the family returns it to its secure place.

An outsider might wonder why such a commotion still gets kicked up over a yellowed pelt of mangy fur that’s nearly a hundred and fifty years old, but there’s good reason for it: the Comanche seemed to’ve been right about the power of a white buffalo. I say this because the Mooars have been blessed folk generation after generation. After there were no more buffaloes left to kill, J. Wright settled down here and became a successful rancher, and since then nothing but good luck has ever come his descendants’ way—oil on their land, clean bills of health well into old age, attractive spouses, well-behaved children . . . whatever you’ve ever happened to wish for they’ve had handed to them.

Which finally leads me to Fatty Nolan. No one bellyached about the Mooars’ lucky breaks and blessings more than Fatty. And every time something bad happened to him—another tax audit, another failed marriage proposal, another melanoma on his bald pate, another twenty pounds of fat on his failing frame, another a fender bender in his truck—he bellyached even more.

Finally fed up, he vowed to me that, by God, he was going to level the playing field once and for all, but I ignored him, as I typically did whenever he talked big like this.

The night he broke into the Mooar house to steal the white buffalo hide, his standard bad luck got worse. He’d had enough sense to make sure they were out for the evening before he smashed their bedroom window and hoisted his hefty self over the sill, but not enough to take care not to slash his arm on a jagged piece of glass. Inside the house, bleeding like a cut shoat all over the Mooars’ fancy carpets, he rambled about with his flashlight, convinced that the hide would be displayed prominently on a wall, but he couldn’t find it. By this point, he was growing weak from all the blood he’d lost. Afraid that he might pass out, die, and then be known forever as that clumsy, stupid idiot who’d broken into the Mooar house and died, he left. When he got to my house, he was nearly as pale as the hide he’d been in search of, so I sewed him up as best I could with some fishing line since he refused to wake Dr. Mahan.

“Because he’ll put two and two together once he hears about the blood at the Mooars’ place,” he said.

The mysterious mess at the Mooars’ house was the talk of the town for weeks, but no one ever traced it back to Fatty since he kept his wound hidden beneath a shirt sleeve buttoned at the wrist. Not three months later he was dead. Leaving the courthouse after having paid some fine or another, he slipped on the limestone steps and tumbled ass over teakettle. By the time he reached the sidewalk, his head looked like what’s left of a Halloween jack-o’-lantern on Thanksgiving, the poor bastard. Four days later, when I saw how hard of a time Marshall High-tower’d had fixing him up for the viewing at Hightower Funeral Home, I cried like a little girl, and I’m not ashamed to admit it, especially since, if he’d just asked me, I could’ve told him that everybody knew that the Mooars kept their lucky hide in a safe deposit box down at the bank.

Kevin Grauke is the author of Shadows of Men (Queen's Ferry Press), which won the Texas Institute of Letters’ Steven Turner Award for Best First Work of Fiction. Born and bred in Texas, he now lives in Philadelphia and teaches at La Salle University.

Photo, "buffalo," by demond handy on Flickr. No changes made to photo.