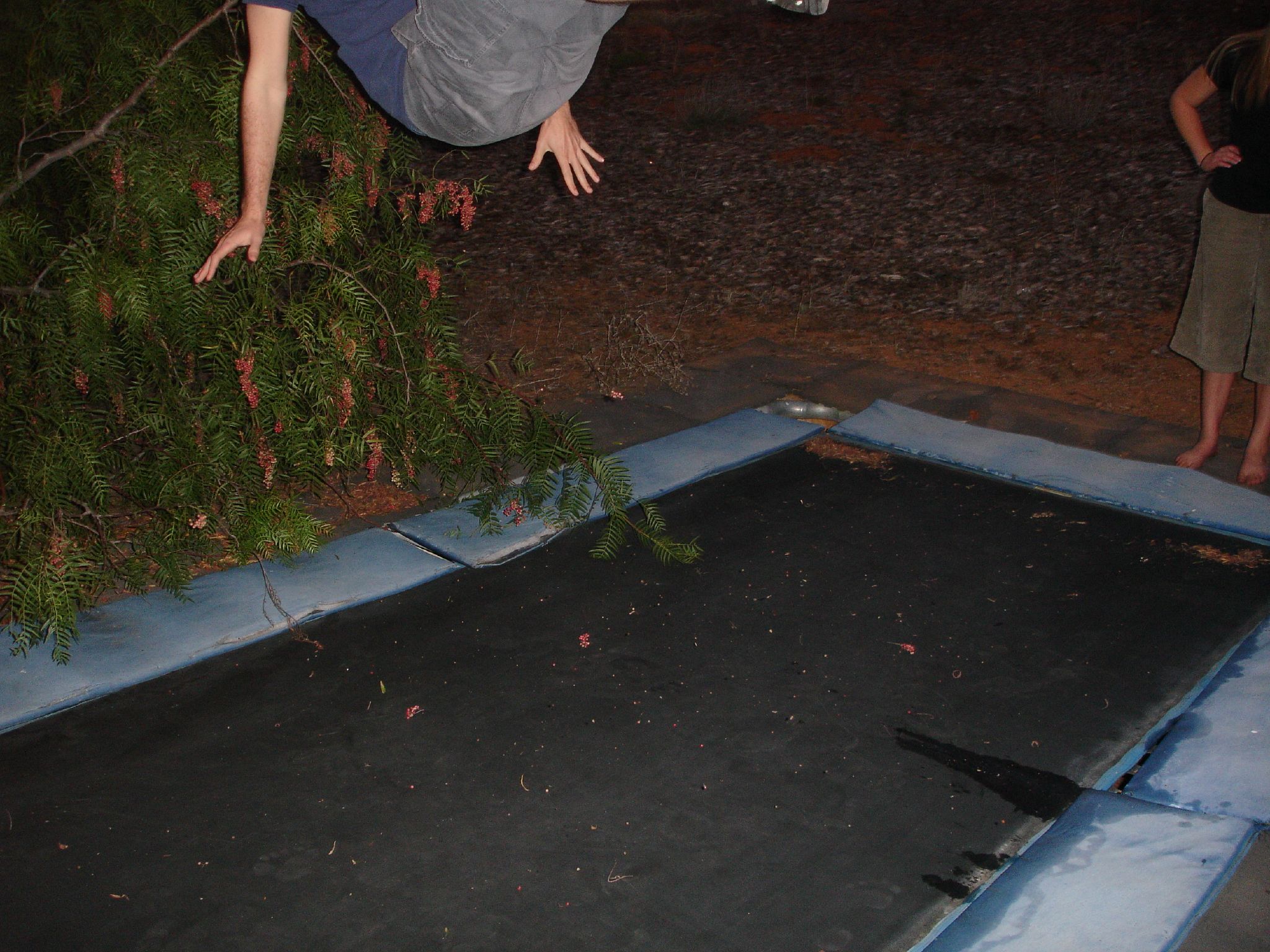 After The Next Level is Cancelled

So sheepishly you swung your skull to headbutt me we wound up kissing. Briefly but that happened, don’t deny it. I tried to wink for the audience but your tears weighed down my lashes. We heard boos and were uncowed. I threw a sluggish open fist you blocked no problem but which ended with our hands held. I wished you’d break my wrist. Instead you brought a kick so awkwardly I caught it, spotted a rash, grabbed a rag, and washed your foot. Feet! I cleaned both. The comments section can you imagine? We got downright holy. Shedding viewers like sweat. We always promised that if the show got cancelled we’d escape to our fastness out past the Sunoco, that dome of ash trees we called a sanctuary. Where are you? The blossoms are rotting. Your stepmom was right—no amount of trust’s enough to outmuscle Time. Admit it! We should have never let the producers make us weekly. Much less nightly. Have you finally taken hurting me seriously? Show yourself! Don’t arrive here in our haven so covertly I mistake you for a stalker and release the dogs. They can’t veil love in light violence like us. Blood comes as called when they bite. Do you hear me? Remember, please: our grappling was never not a bearhug. Even back when this was grassroots, before Youtube got HD, the camera just a handheld, your backyard trampoline snapping with our suplex—I’d bring you to the mat like I was putting you to bed. Don’t lie and say you’re not ready for the next level. Is that you on Pump 2? Isn’t it true trees make records in their bodies? Let’s do our dance for them. Just watch how fast they follow.

KC had teeth like a laundromat at midnight. Beacons in the street. Clearly veneers, but stately, and too bright. “My five-year plan,” is what he called his chompers, if you could call them that. We never saw the man take a bite in his life. Skinny as a pin scratch. Rarely did we call him a friend. What we called him was “a short drink of water.” He was what we called “prone to being jumped.” Sometimes we followed him home, if you could call it that, just to make sure no one fucking touched our old classmate, but at some point in the long walk he’d forget it was us back there, and he’d turn to jab a blade toward the dark just behind him, which doubled as the dark just before us. If you could even call it a blade, that chintzy multi-tool. We used to plead with KC to explore moving to a different state. For one whole weekend once, we did every single thing he asked of us, which led to him spread eagle on a mattress in the backyard, and B-Cup setting the bed on fire. There was KC posed with his knee up like a sex god, smiling, his dentistry outshining the flames. Wing still has the picture on his phone. And no

he’s not dead. This isn’t about that. We know where KC is. In fact, that’s the problem. We always know exactly where that motherfucker lies. And when our legs beneath the bar start to itch with boredom, if you can call it that, we feel exactly where KC’s at, and when something in this town explodes—a mailbox, a home, a hot air balloon, some rice-bloated robins, Pyrex on the stove—trust me, we can smell him. And when we ask our kids if they ever get the urge to jerk the wheel into a goddamn bridge abutment, we see KC in the rearview, in the wayback seat, nodding his head as if to break his neck. We know who it is when our phones ring, and when our phones ring we know where we will end

up, and now our loved ones’ phones are ringing, and they know only where KC has been—never where he’s headed—and so they sprint down to intercept us in town, but the bars have all let out, so our loved ones turn back and peer through the dark to find Lake Street’s last remaining light. And they go toward it, our loved ones do—or our loved one does, or our no one at all, if you’re someone like KC—to rest

on a bench outside the Laundromat, with the broken molar of the moon overhead, pointing in every wrong direction. That is, if you even have loved ones. If you can even call

what little I give them

Tyler Barton is a literary advocate and a co-founder of Fear No Lit. His debut story collection, ETERNAL NIGHT AT THE NATURE MUSEUM, is forthcoming from Sarabande Books. He's also the author of the flash chapbook, THE QUIET PART LOUD (Split Lip, 2019). In non-pandemic times, he leads free writing workshops for residents of assisted living facilities. Find his work soon in Juked, Copper Nickel, and Best Small Fictions 2020. Find him @goftyler or at tsbarton.com or in Lancaster, PA.

Photo, "DSC09421," by Travis Rigel Lukas Hornung on Flickr. No changes made to photo.