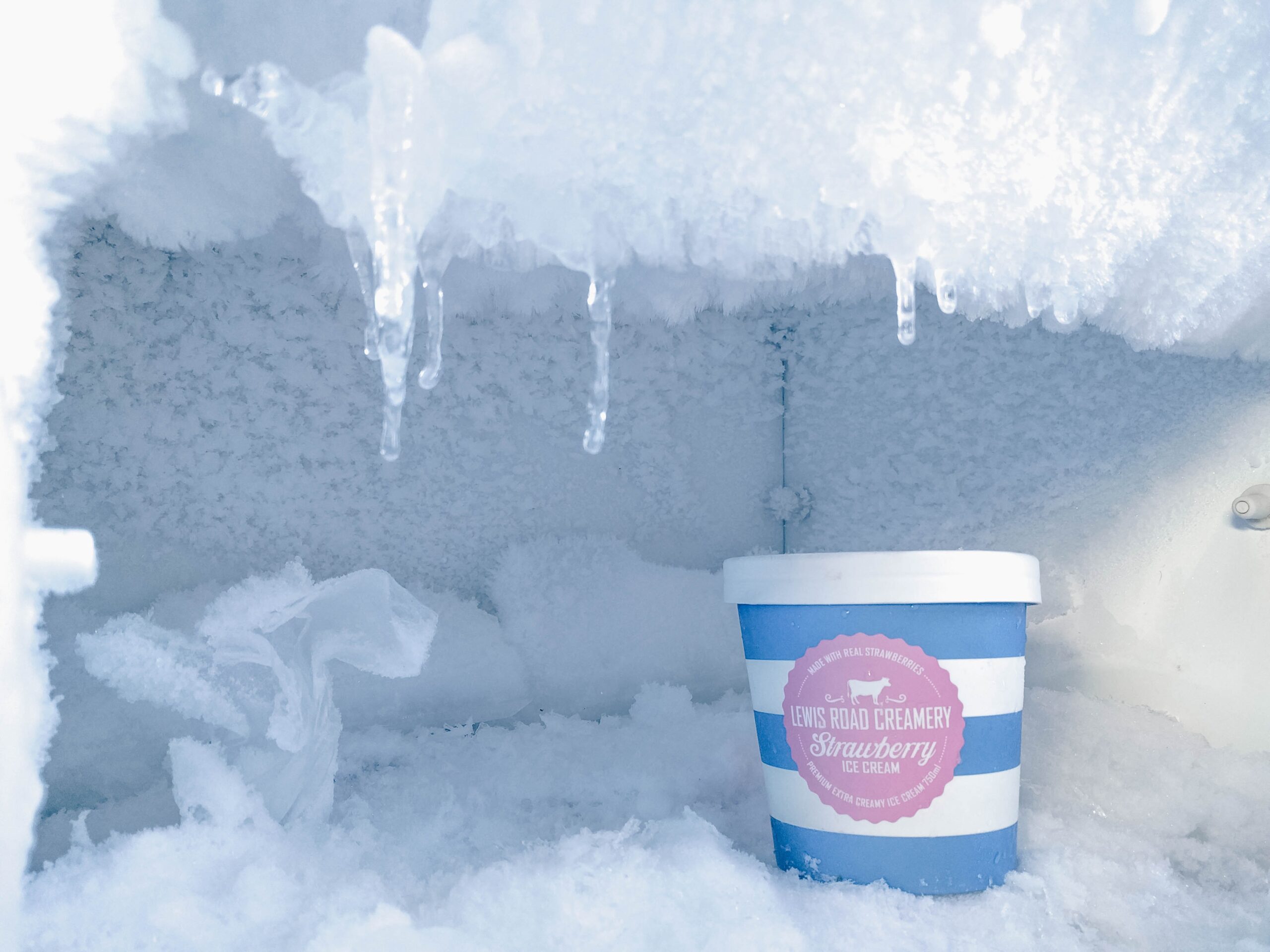 They woke up to a puddle on the kitchen floor. The seal on the freezer door broke. Since they weren’t allowing people in the house, they couldn’t call a professional. But he assured her he could fix it on his own. It was a matter of pride.

First, he emptied the contents of the freezer. Stacked bags of defrosting food on the countertops and the table. The reason the door broke was because they crammed so much shit in there. When the lockdown was first announced, he searched for a chest freezer to store the surplus. Like baker’s yeast and toilet paper, it was impossible to find.

“You better work fast.” She touched a sweaty bag of boneless chicken thighs.

“Would you mind giving me some space?” he snapped.

She kissed him on the top of his head, like he was a child. Then went to the bedroom.

He spent the morning on his hands and knees, on the hard kitchen floor, with an assortment of socket wrenches, screw drivers and a rubber mallet.

“Making any progress?” she said, when she returned to fill her water bottle. She had changed into her yoga shorts. He put down his Philips head and looked up at her. Shortly after the lockdown started, she stopped coming to bed. Instead, she slept on the couch. The cat laying on top of her. The lamp and TV left on. He told himself not to take it personally. He lectured her on wasting electricity.

“You have to turn shit off before falling asleep.”

They had a rule. The last one out of bed was responsible for making it. Now that she was no longer coming to bed, the responsibility was all his.

“I don’t know why you bother. It’s only going to get messed up again,” she said one morning, sitting in the armchair in the corner of the room, on top of a mound of unfolded laundry, watching as he tucked the sheets under the mattress.

“It’s your turn to make the coffee,” he said. She rolled up his fleece hoodie, put it behind her head, like a pillow, and closed her eyes.

“Goddamnit!” he yelled at the freezer.

She was back in the bedroom, in downward facing dog. She paused the yoga video, which was playing on her laptop, and said, “Will you please keep it down out there? You’re disturbing my practice.”

It was her doctor who recommended she try yoga. Said it was good for her body and her mind. He hated how she referred to it as her, “practice.” Hated it almost as much as he hated that broken freezer door. He made a tight fist and sunk it into the door, denting the stainless steel.

She got up off her yoga matt and went to check on him. “What happened?” She ran her fingers along the dent. “Your hand. Does it hurt?”

A week into her “practice,” she told him her back never felt better. He wanted to suggest if she slept in their soft bed, instead of the lumpy couch, her back wouldn’t hurt so much. But he kept his mouth shut.

He got up off the floor and placed his fist inside a bag of peas. With his good hand, he unwrapped a cherry Popsicle. Red liquid melted down his wrist and ran under his sleeve.

She went over to the sink, wet a paper towel and gave it to him. Once again, she touched the chicken thighs. They were soft. Pink water pooled inside the bag. “We can’t let all this just go to waste. Did you call the lady about the freezer?”

“The manager said she’d call me when the truck arrived.”

“Don’t you think it’d be a good idea to follow-up?”

“If you want to call, be my guest. Otherwise…” he stopped himself.

“With what?” He was careful with his tone.

“How about bungie cords? We could wrap them around.”

He took his fist out of the peas. His knuckles were swollen but the frozen peas had numbed the pain. He looked at her and said, “But we could always give it a shot.”

Michael Cuglietta's work has appeared in NOON, The Gettysburg Review, Hobart, Hippocampus, and elsewhere. He is the author of the fiction chapbooks Vertigo (Gertrude Press, 2014) and Clams in White Wine (Paper Nautilus, 2018). He can be found at http://www.michaelcuglietta.com

Photo by Dev Benjamin on Unsplash