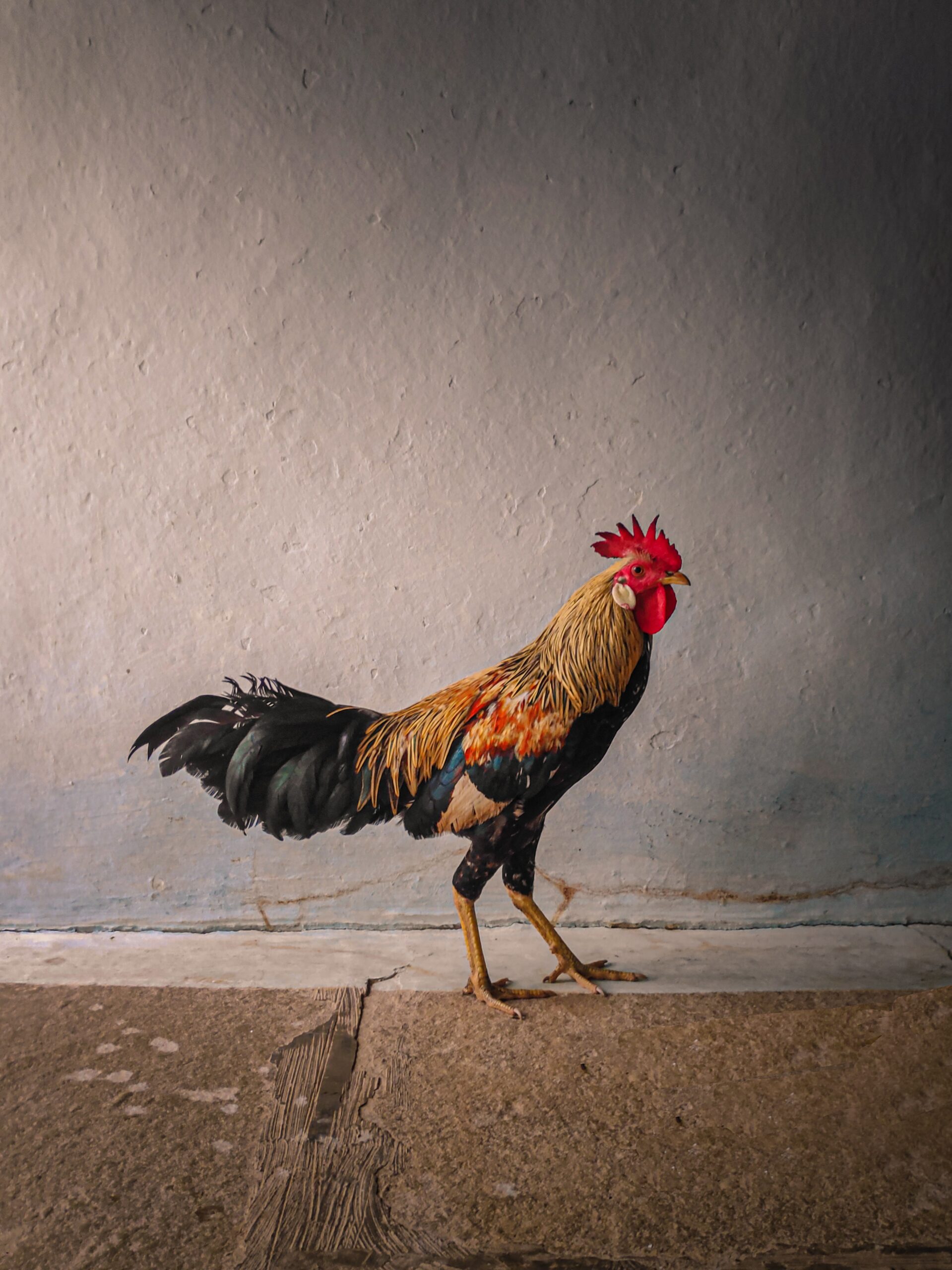 Rooster tipped back his slouch hat and chomped down on the American Spirit between his beak. It was a hot one down in San Miguel, a lot like the year he slummed in the cockfighting dens of Pamplona. It ruffled his feathers, gave him some character. Not like now. Some birds won’t scratch around until you’ve given them a few kernels of corn and a pat on the back. He thought of the hens of Pamplona and nights so long he went past down without crowing. “Te amo,” he whispered to himself in reminisce. “Te amo.”

He climbed on the back of the horse he made his own and rode it with his heart somewhere between the past and a life he feared wasn’t how he remembered it. Screaming in cages and watching friends meet the chopping block. Escape overseas. Rangel cattle and steal corn. Taking an eye out in a bar fight in Mendoza and being lost for years, only to find his way out but not necessarily back. Those were the days, even if he couldn’t quite place them. He didn’t like them as they happened, but time erodes discomforts and maladies. The polished memories brought him happiness.

He hopped down from his horse and surveyed the roost he built himself from older roosts when one of his chicks scrambled up by his side.

“Soon this will all be yours,” said Rooster.

Photo by Saikiran Kesari on Unsplash

← The Afterlife
When Things Break →