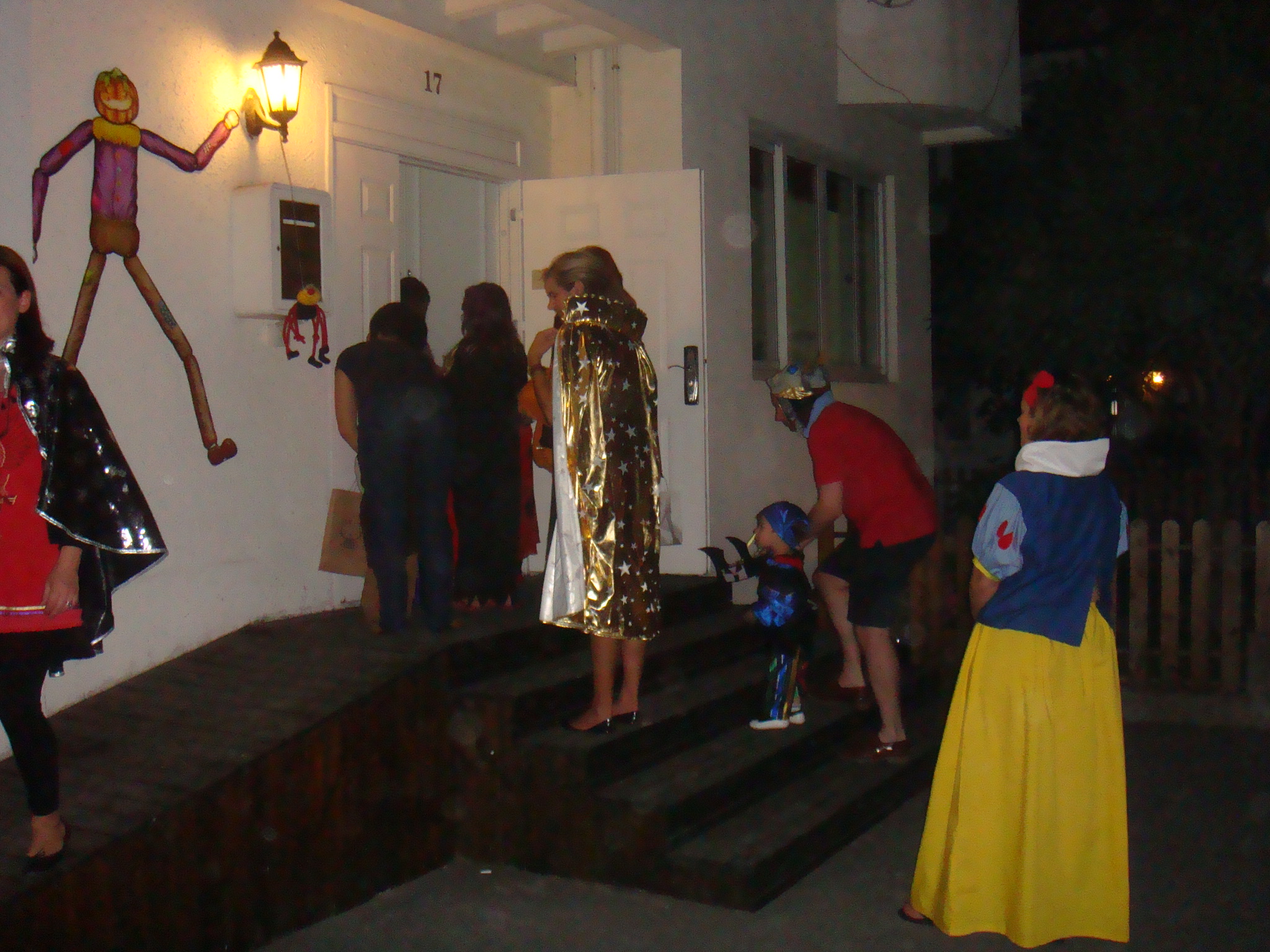 Thunder. Lightning. Rain in LA. I have no pants on, want to get stoned, my left arm has been numb for about an hour and LA is at Milwaukee for Game 1 of the NLCS which there’s no question is a proxy battle between good and evil, Mark and me. I feel tension with each swing of the bat, every man on base. I watch on the couch in the den, feet on the ottoman. I don’t know where the kids are. I care about Bob Uecker and Wisconsin so yeah I want Milwaukee to thrash Mark and Celine’s favorite team. Assert dominance. Frustrate them.

LA is off to a shaky start. Kershaw is tight. Their catcher has the dropsies. Milwaukee looks reasonable, confident. This was never about Mark visiting Wisconsin. It’s about him wanting to want to. Bottom of the third. Milwaukee puts two on the board. Ueck’s not on the national broadcast but I still hear him when Yelich homers to center: get up, get up, get out of here!

Not all victories are equal. This means more to Wisconsin. LA doesn’t need more championships. When they lose, it doesn’t force people to question life choices. In Wisconsin it does. A title validates, affirms that their town and their family and the work they do matters, is worthwhile…I stand, stretch. My arm tingles, my chest is tight. I go to the kitchen for a beer. According to the list of heart attack symptoms taped inside the cabinet door, I’m having one.

In the eighth LA loads the bases. A shot to left. Dodgers score twice: 6-3. Another hit makes it 6-4. C’mon Wisconsin. Don’t blow it. Two outs on the board. One ball, two strikes. Drums in the ballpark. Everyone on their feet. Here’s the pitch…Got him! I pack a bowl and step into the rain between innings. At home I vape; here smoking has caught up with me. My skin itches, my throat hurts, my nose gets stuffed for no reason. Maybe that’s why my arm hurts…

Call me a 39-year old father of two but baseball players have some gnarly habits. They chew, spit, shovel sunflower seeds into their maws then spew out the shells; but the worst is nail biting. Ever seen your nails under a microscope? There’s some crazy crud under there.

“Dad, watch me do a cartwheel,” Tabitha says, possibly for the second time.

“Why are you being so weird?” She shrugs, hugs me and says goodnight. I turn so she doesn’t smell pot. The pot makes my arm feel better or maybe just temporarily forget that it hurts.

It’s nine o’clock. We’re in LA 10 more days then head to Marin where—Shit. Bellinger singles. A walk brings the tying run to the plate. The Dodgers get another damn single and it’s 6-5!

I’ll be bummed if the Dodgers win. C’mon Brewers. Don’t they know this is a proxy war?

Bottom of the ninth. Man on first. Full count.

I don’t have a heart attack.

Tabitha decks the sliding glass door with paper ghosts, a mummy. Elliott crawls in slow motion. I roll the sleeves of my red plaid shirt then tuck it into my jeans with a towel for a belly.

“His gut is signature,” Preeya says, dressed as a witch in the kitchen.

“George Michael is due for a comeback,” Preeya says, into the music.

“Should I customize my beard?” Modern George’s beard is tidy, semi-cheekless. Frames the jaw. I paint it white. Baby powder and hairspray up top. Twist that signature front curl. Finally I ask my mom for an old pair of glasses. She produces a classic pair. Smashing the glass would be tragic. Then she finds an anonymous pair but I still feel bad popping the lenses.

I watch a video for tips. Unscrew one temple but the lens won’t budge. Then the screw won’t go back in the hinge. It’s microscopic. Trying is weirdly satisfying. I waste some time on it. Lose the screw. Find it. Preeya wants in, thinks she can do it. Enjoys quality time of her own.

We give up reluctantly, both admit the screw is stripped. She ties the temple on with thin wire so I can wear the glasses, but the heavy prescription is still in…“Just break them,” she says.

“Vaguely Oedipal?” she says and takes the glasses to the garage.

There are thuds. Sounds of sweeping. They come back without lenses. Metamorphosis complete. That’s why we’re running an hour late. The sun is still up. I’m anxious, expect gridlock, mayhem, phantasmagoria, but 101 is deserted and KALX has no spooky music, no Oldfield or Goblin or John Carpenter. We spin the dial. Not even “Monster Mash.” Where’s DJ Dracula? We settle for “Thriller” and the windows down. Check, that. Up. (Preeya is cold.)

“The baby powder and face paint worked better than I expected,” Preeya says.

“Ben definitely didn’t know who I was dressed as.”

“He called you old guy. He was afraid to guess.”

It’s that golden hour just before the sun sinks behind the mountain, windows flash orange and pink as we near Mount Tamalpais. Birthplace of the mountain bike. Beat novel set piece. Backdrop for luxury sedans. Where George and Marcia Lucas rented their first house in Marin for $120 a month. Where the protagonist of The Serial lived, and now, my sister Leah…

Nudging 40, disturbingly gray, I’m vexed and disappointed that after weeks of webs and skeletons, Mill Valley is a ghost town. We park near Leah’s friend’s house in the flats, disembark, worried we chose the wrong neighborhood to celebrate. Tabitha is worried too. The party isn’t far. Just down this street…And phew, trick-or-treaters. Halloween survives. Was waiting for dark. Maybe I didn’t used to go out so early. My brother-in-law is dressed as a storm trooper outside a party with an inflatable gate and a food truck in the driveway. Ten minutes in and somehow already no one’s having fun. It’s too hectic. Tabitha wants candy. Elliott wants up. Preeya’s miffed because I told Tabitha she didn’t need a jacket but it’s kind of brisk.

“Davy boy!” Leah’s all-time best friend Holly says, possibly drunk, dressed as a…shoe? “Are those your little ones? Oh my fucking god! That is too adorable. Where’s your costume?”

“What do you mean? I’m George Lucas!” I say and do his trademark scowl.

“Oh!” she says “I was wondering. I thought this is just how you look now.”

I’d like a drink but a sudden swelling momentum carries us onto the sidewalk. Houses glow purple and orange. Narrow winding streets are flooded with parties, fences, wagons, strollers, light up swords. Incredibles, Scream masks, princesses, unicorns galore. Iron Men. Batmen. One single Robin. “The world needs more Robins,” a man says. I turn to see this guy Curt I went to high school with and his 4 year old daughter. He was funny then. Got expelled. Now they both live with his parents in Mill Valley. He’s dressed as a bottle of Colt 45.

“My dad is a big beer!” his daughter says.

He hands me a soggy Dixie cup. “Drink it before the whiskey eats through the paper.”

Preeya carries Elliott and chats with Leah. Tabitha and her cousins run ahead. Accidentally depressed, I channel George Lucas, wonder about his first wife, Marcia: if he’s forgiven her for leaving; if he regrets not being more appreciative of her contributions. She did get 50 million in the settlement. Maybe he hates her. I’m sure it’s complex. I wonder if he’s a good dad. I can’t tell. He does seem emotionally stunted but maybe that helps him relate.

Dave Perlis is best known as creator and co-host of the radio show Night People on WFMU. He writes a weekly newsletter you can subscribe to at daveperlis.com. He lives in New Mexico.

Photo, "'Trick or Treat' in Our Compound," by Scott & Elaine van der Chijs on Flickr. No changes made to photo.