Toy of the Season 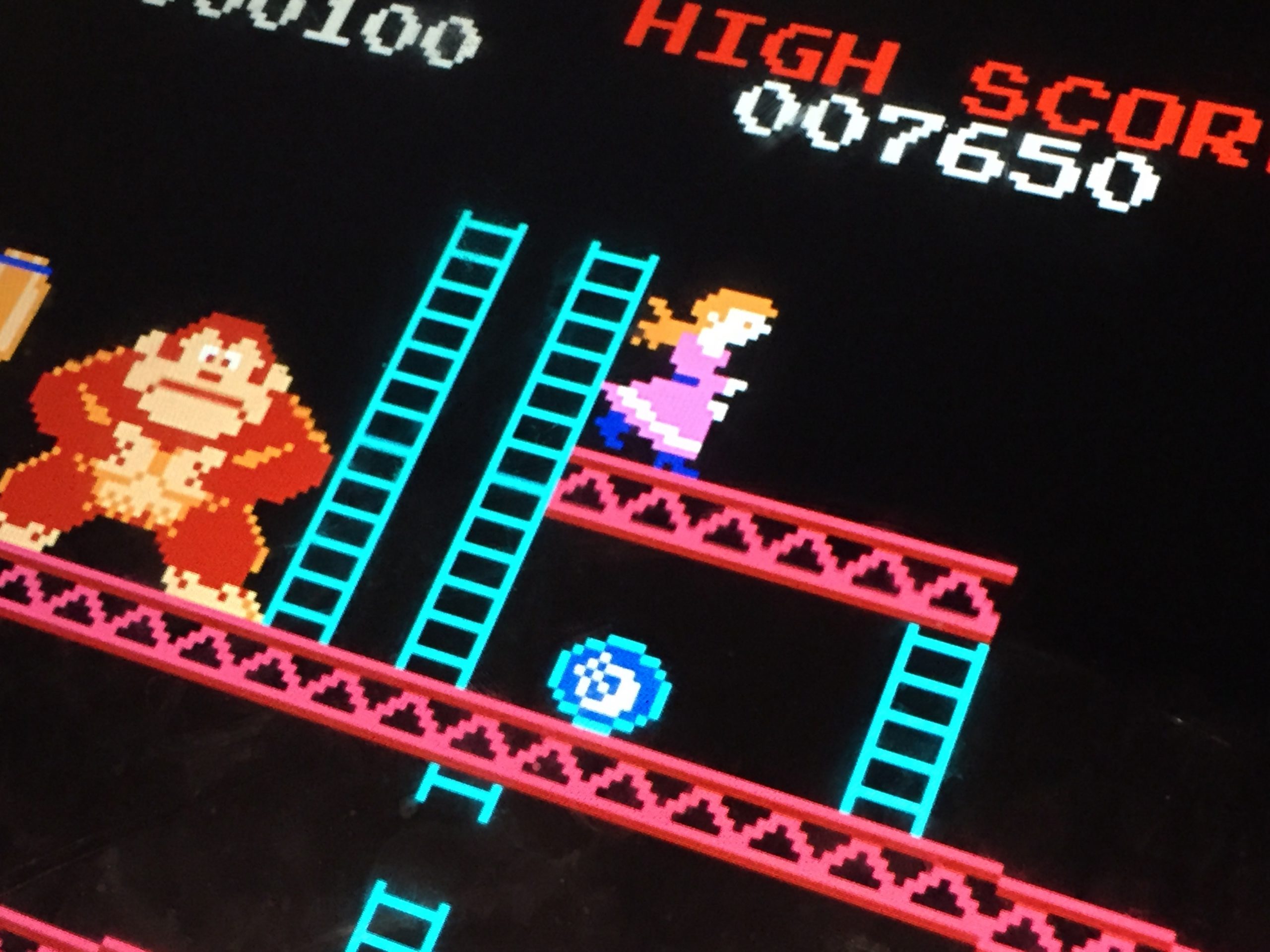 The sound effects will play in his head all day. The tick tick tick as Mario scales the ladders, like someone turning the dial on an old-time radio. Then the click click click as the score in the lower right corner rises, racing through each digit to reach 999.  The pulse beats as Kong hurls balls down to knock Mario off the ledge. All the while Mario’s girlfriend Pauline is in the corner, cowering.  She reminds the boy of his mom when his father’s come home late and thrown the frying pan at her because his dinner has cooled.

The game is a goodbye gift. Left on the kitchen table. His father won’t be back; his mom tells him at breakfast. The boy’s shoulders relax, he lifts his head, looks at his mom who offers a half smile. Is it relief or worry? he wonders. Then his hands reach across the flat surface of the table. He opens the box. The Styrofoam packaging squeaks as he slides it out. The game control is small and slim, fits into his coat pocket. Carrot orange casing. Dual screens. Single player controls. The toy of the season.

But the boy is divided. He wants the game but also doesn’t. He imagines slamming it into the trash bin under the sink or cracking it against the side of the house, breaking it into a hundred jagged pieces, orange casing, grey screen, the soundtrack whirring tick tick tick. He is also sure all his friends at school will crow and squawk in a huddle when he shows them. They’ll crowd around him at lunch time, in recess and they’ll watch mesmerized as Mario climbs and Kong hurls and Pauline cowers in the corner.

In 1982 he is nine years old. He plays football with his buddies in the field behind school. On weekends, sometimes his father will take him to the shed in the backyard, show him how to build a model rocket. Sometimes his father throws the rocket against the closed door of the shed, or slaps the boy hard on the back of the head then curses. The boy watches Knight Rider and Mork and Mindy with his mom. She makes popcorn and they sit on the living room sofa until bed time. Sometimes on week nights, Dad doesn’t come home.

“He’s got himself a paralegal in the next town over,” Mom tells the boy by way of explanation. He spoons up Smurf Berry Crunch, the milk a fading pinkish purple blue, a liquid bruise.

The boy can’t think what to respond. He snaps in the batteries, left next to the gift box on the table. The screens light up, a green-grayish background fluid and magnetic, an angry gorilla, a man climbing, a girl cowering in the corner.

At first the boy doesn’t know what to do. But then his thumbs find the key pad, the rounded jump and so he jumps Mario up and up and side to side, the numbers ticking in the bottom right corner. The game, like so much of manhood, is intuitive, he will learn.

“Put that away now, get ready for school,” his mother says as she walks through the door to the backyard. She’ll plant roses and lilies all day, maybe trim the hedge. She won’t eat lunch and will forget to have anything ready when he returns at 3pm. She might step inside around dinner time, ask him to boil an egg. Or maybe she’ll stay out till midnight, smoking and digging in the garden.

Years later he will remember the video game, his mom. His father will be a vague figure who liked to hammer things, to throw things, someone he resents. The boy will learn only this from his father: how to make choices that stick.

Right now, he thinks only about recess and how long the batteries will last. He gets up from the table and turns off the coffee pot on the stove, which his mom left on. Stubs out her cigarette, smoking in the ashtray. He packs his lunch—strawberry fruit roll up, cheese and crackers and a Little Debbie oatmeal cream pie for dessert—and slides DonkeyKong into his jacket pocket. He can’t wait to show the boys at school.

Jamie Etheridge’s work has been published or is forthcoming in X-R-A-Y Lit, Bending Genres, JMWW Journal, Emerge Literary Journal, Burnt Breakfast, Inkwell Journal, (mac)ro(mic) and elsewhere. She is currently working on a memoir about her fugitive father and her childhood on the road. Twitter @LeScribbler.

Photo, "Donkey Kong Arcade," by Microsiervos on Flickr. No changes made to photo.