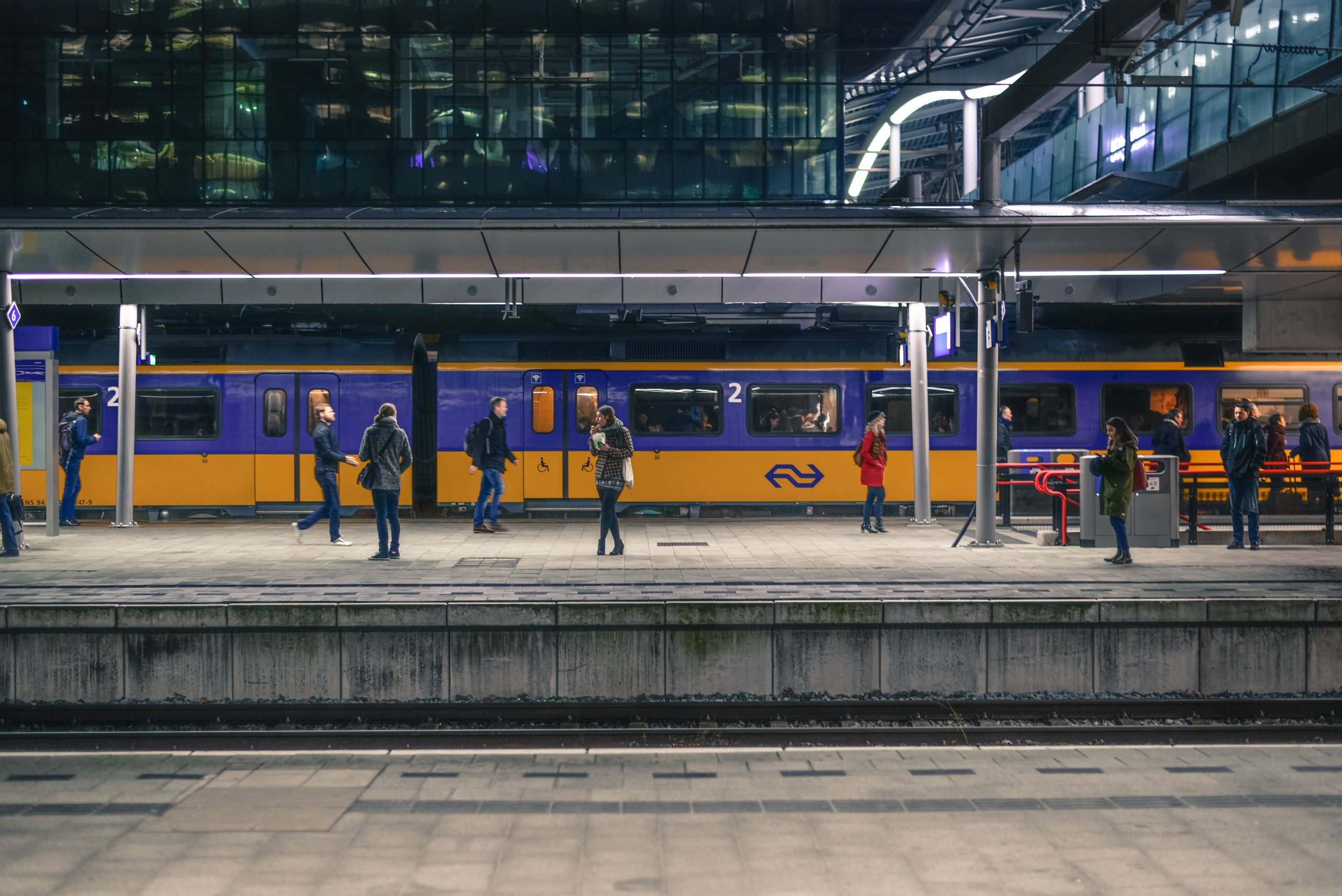 Tuesday was always our favourite day. It was the day that she came to the station. She would always wear the same outfit—battered tan trenchcoat, leather boots and a dazed, trance-like expression. Every Tuesday, at exactly 4 o’clock, she would saunter through the East entrance, ride the escalator up to the first floor and sit on the right-hand side of the three-seater, stainless steel bench that overlooked the concourse. She sat for exactly an hour. She did not read a book, nor did she Crush Candy on her smartphone. She merely sat, twirling strands of greying hair between her fingers as she observed the throng of panting commuters.

K-man had wandered over to my post by the ticket machines.

“Oi. I’ll give you a fiver if you leave these drawing pins on her seat,” he said, gesturing towards the empty bench at the top of the escalators.

“Of course man, you an idiot or something?” he spat.

“Nah bruv. We’ve done some messed up shit but that’s too much.”

“Alright then, make it a tenner.”

On my first day K-man had taken me under his wing: he told me which managers to avoid and which doughnut shops threw out their leftovers at midnight. He always dressed impeccably: crisp white shirt, tie (with clip) and the optional silver waistcoat. We didn’t have to wear the waistcoat but K-man loved it.

“Makes my pecs look bigger innit,” he used to say. K-man’s real name was Kevin, but no one called him that except the customers who read the name off his magnetic yellow tag. He gave everyone the same wide, toothy grin (often followed with a whispered “twat” as they walked away). Always restless, he paced the atrium, chatting up the new girl at the supermarket, bumming fags off the track staff and generally being a nuisance.

Our shifts featured an assortment of zany characters. There was the hobo with purple hair who sat outside the bookstore, and of course the mother of five with a prosthetic leg who would drag her kids kicking and screaming to school each day. K-man would ignore them with nothing more than the occasional snide remark, but the old lady was different. For some reason, he despised her.

One day I saw K-Man loitering a few feet behind the old lady who was wearing her usual glazed expression. He had one hand tucked into his shallow waistcoat pocket, the other flicking moist chewing gum at her hair. In appalled curiosity, I had confronted K-Man.

K-Man gave me a sideways glance and softly shrugged. He handed me a fresh pack of gum and continued with his business. His aim was atrocious, I had counted nine flicks, but only one piece of gum had actually lodged itself in her tangled mop. I sighed and opened my pack of gum. By the time we were done, we had hit the mark eight times.

Maybe if she had reacted we would have stopped, but nothing could rouse her from her vegetative state, perched on her metal roost, eyes focused straight ahead and palms resting flat on her knees. Take for example the time we placed a large, black dildo on the seat next to her—kids would laugh and point, some even took photos. The lady did not flinch. Then there was the time we paid every busker in the station five pounds to serenade her. The symphony of chaos had been led by a bespectacled teenage beatboxer and the purpled-haired hobo sporting a plastic recorder. She did not even notice.

“Must be a fucking witch,” K-man gasped.

Before K-man approached me with the pins, it had been a long afternoon featuring questions from customers such as:

“How do I buy a ticket?” (Use the ticket machine you moron) and

“Where is the toilet?” (By the enormous sign that says “toilets” perhaps?)

The pins were only half an inch long, and besides, I needed the money to fund my newfound addiction to popcorn chicken. I placed five pins and waited by the bins. Right on cue, the witch appeared from the East Entrance. She waddled across the station and boarded the escalator. I turned away, it was hard to stifle my giggling.

I stopped laughing when I heard the screams. She was looking straight at me, gasping in pain. I slowly made my way over, avoiding eye contact.

I sat awkwardly by her side as she retrieved the pins and calmed herself down. She was no longer the stony-faced station phantom. Up-close she was different. She had the familiar musty scent of the elderly and her cheeks were hot with panic. Her hair was silver, except for a few flecks of pink gum that clung to the roots. K-man was poking his head out from behind a bagel stand; when he caught my eye he gave me a wink.

“You know, I come here every week,” the lady said.

“I come for my husband. He passed away three years ago but if you listen closely, you can still hear him.”

Alright, the lady was mad. I tried to think of an excuse to get away. A familiar tone rang across the station, it was an announcement.

“The train is now approaching, please stand clear of the platform edge.”

She smiled at me with her vivid green eyes.

“There he is,” she said, “I’m so happy they agreed to keep his announcements.”

We sat in silence, listening to her husband’s voice as we watched travellers wash through the station. At 5pm she rose from her seat and left.

A few minutes later, K-man sat down next to me. He flashed his toothy grin.

“I’m surprised you two didn’t shag it out on the bench,” he chuckled.

I punched him square in the mouth.

Later that evening I saw K-Man by the sinks, scrubbing at a drop of blood on his waistcoat. We made eye contact in the mirror and I gave him a wink. He replied with a weak smile.

“Twat,” I whispered as he walked away.

Jonathan Tham is a writer and video game producer from London, England. His short fiction has been published by Eunoia Review, Storgy and Foliate Oak.

Photo by Skitterphoto on Pexels.