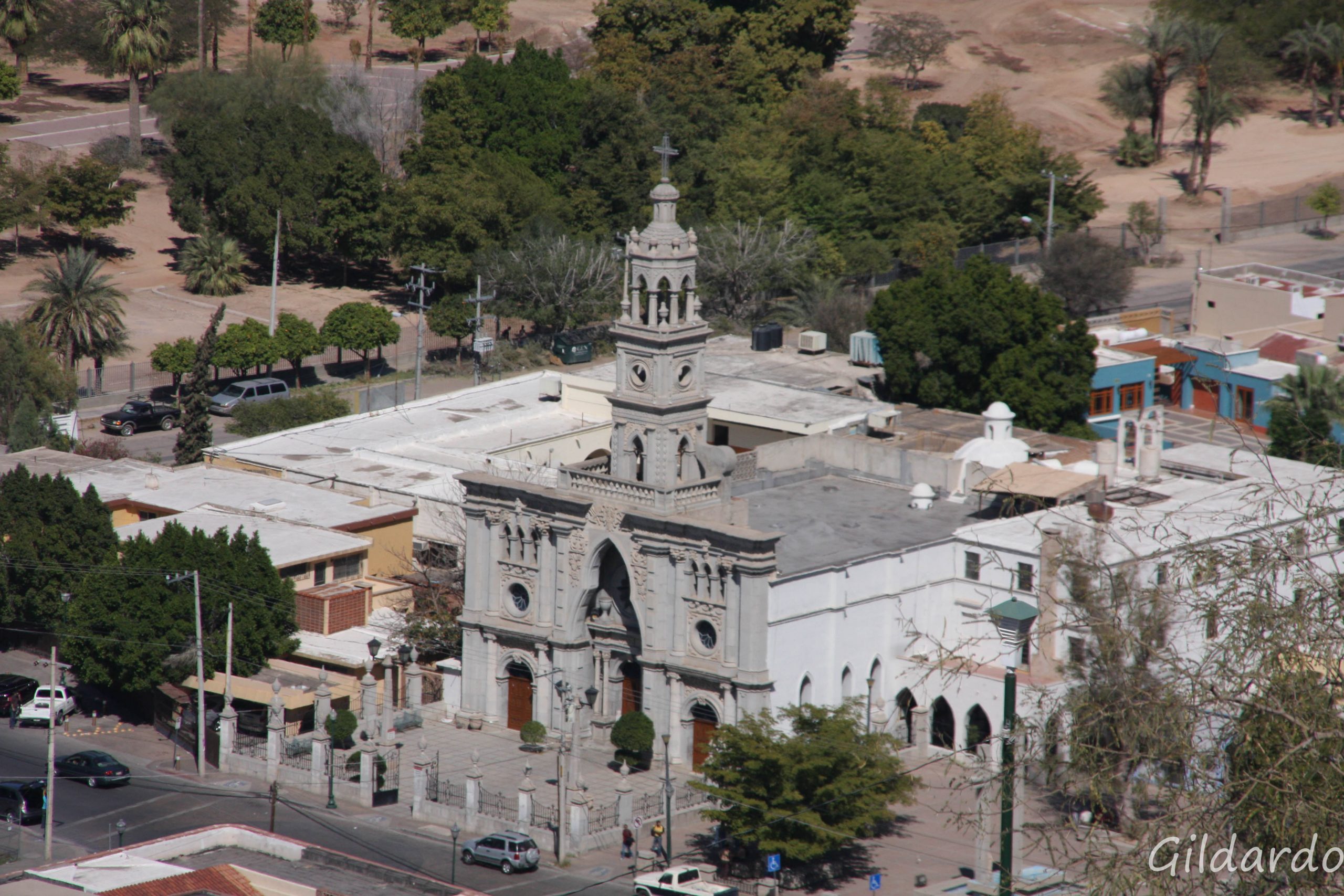 I got out of bed and walked to the baño. I felt a little heavy and when I opened my boxer shorts I noticed that my scrotum was 3 times its normal size and my dick was lumpy with malleable sacs of fluid. There was no pain or discharge and I urinated normally, but it was alarming nevertheless. The day before I had awakened hungover and started drinking beer and coffee at 9 a.m. I didn’t stop until midnight at which time I had consumed 43 beers, 2 pots of coffee and 3 and a half packs of cigarettes. I figured my condition had something to do with that.

I didn’t want to tell my wife Alma. I got dressed and told her I was going for a bicycle ride, rode over to the Urgent Care a couple miles away. It was a nice sunny morning. Riding wasn’t comfortable, flabby volleyball low in my lap, but I made it, locked the bike up and went inside.

I’d been to the Urgent Care a couple weeks prior. That time I had awakened with my face and lips swollen up. I looked like Frankenstein’s pontoon boat. The doctor guessed allergy, plunged a needle of epinephrine into my left buttocks. It was getting to the point where I was afraid to go to sleep, the things that happen in the night.

I filled out the form and where it said, “What brings you in today?” I wrote: “Swollen genitals.” Others waited. A crying girl with black fingernails, a mother and child, an old man with dirty shoes, two young men staring into their cellphones.

A nurse came up to the front to talk to the receptionist. The receptionist gave the nurse a paper and pointed at me. Then she called my name. I went into the back where she took my blood pressure. It was high, which was normal. She weighed me. 202. She put the information into a computer.

“And you say you have swollen testicles?”

“Scrotum….” she typed into the computer.

I pissed into a cup and she led me into another room.

“Get undressed from the waist down and put these on,” she said, handing me a blue pair of hospital shorts. Then she left.

The doctor came in. He was a short young black guy, same guy I had seen a couple weeks before.

“Weren’t you just in here a couple weeks ago?”

“It’s been a rough spring.”

I pulled down my hospital shorts.

Doctors don’t want to deal with this shit. They don’t want complicated issues, they want easy problems with easy fixes. They want head colds and sprained wrists, they want mumps and measles and ingrown hairs, they want broken toes and bad sunburns. Don’t we all!

He sat on the stool and probed me and examined me with his latex gloves.

“No discharge. I detect no hernia. Hold on a minute, I’ve got to get a flashlight.”

I didn’t like the sound of that. He left the room and came back with a cellphone with the little spotlight shining.

“I’ve got to check you from behind. Turn around and put your hands on the bed.”

His phone made a beep and he looked at it and read a message. He chuckled and then put his phone away.

“Well, I don’t see any real red flags,” he said. “I’m really not sure what the problem is. Have you had any sexual encounters lately?”

“Well, it still could have been that I guess, but I doubt it. Frankly I’m stumped. There could be a lymph blockage going on.”

“Nothing you can do for me?”

I already knew that trick. All in all he didn’t seem too concerned about it.

I got dressed and left. I figured I’d go home and wait and if it wasn’t at least a little better by that night I would go to the E.R.

“One more thing,” he said. “Your blood pressure is elevated. You better do something about that.”

I stepped out into the sunshine and rode my bicycle home.

“Nice ride?” Alma said when I walked into the house.

All afternoon I lay on the couch scanning the internet on my cellphone for information about my malady. Angioedema. Lymphocele. Elephantitis. Kidney disease. Hodgkin’s. Cirrhosis of the liver. Autoimmune syndrome. The horror story of humanity. I read about a case in Brazil, a man with swelling of the scrotum and penis. There were photos, god have mercy, it was much worse than my own. The doctors were stumped, did all kinds of tests and studies which proved inconclusive. He eventually died 3 months later of lung cancer, which they said was unrelated. There’s always somebody who’s got it worse than you. And I guess it helps sometimes, knowing that, though it probably shouldn’t.

Baggy shorts hid my problem. Alma lay on the other side of the couch. She had torn a ligament in her knee while working at McDonald’s. She hadn’t been able to walk for a month and the doctors just kept telling her to put ice on it until they could cut her open. She couldn’t work and there was no insurance. McDonald’s had denied that she injured herself while working, because she didn’t immediately complain or go to the company doctor. Alma doesn’t complain. She wasn’t raised that way. Bad shit can happen to you anywhere, anytime, and eventually you understand the old timers when they tell you: “If you want to do something, do it now, don’t wait.”

When Alma and I first met and married 8 years ago she could not get pregnant. I knew I had living sperm because I had gotten a girl pregnant when I was 17 years old. That long ago girl had had an abortion. Another kind of doctor, another kind of confusion and regret. Alma and I went to a fertility clinic. In the tiny hot waiting room we sat with the other women. On the wall was a picture of Adam holding his finger out to God’s finger. They were just barely touching fingers. Adam was naked and his little weenie was laying across his upper thigh. Alma nudged me. “Que chiquito,” she whispered. We giggled. The doctor gave Alma some pills that were supposed to help her ovulate but they only made her gain weight. Her belly got fat but there was no baby in it. We kept trying, kept hoping. That’s what people do. Doctors are just people, and life, well, nobody really knows. People have children so they will have somebody to take care of them when they’re old, but there are other reasons too. We gathered adoption pamphlets and they gathered dust on the table until I finally threw them away.

By that night the swelling in my penis and scrotum had gone down 50 percent. The next morning it was almost normal. What a wondrous sight that was, to see my dick and balls so small! There were still beers in the refrigerator, but I didn’t touch them. I thought, maybe wine or vodka would be ok? But I shook that off and said “NO.” Alma had also sworn off beer. It was a sacrifice. She was planning on staying sober until her knee healed. It was horrible to see her crippled like that. We had both been crying lately. Sometimes you laugh, sometimes you cry, sometimes you don’t know which to do. Anything to get the toxins out.

Alma said when her knee was healed she wanted to go down to Hermosillo, Mexico, where she was born. She wanted to walk up the big hill to the giant statue of the Virgin outside of town and thank her personally. Afterwards she would have a beer, but not until then. Alma hadn’t seen her family in a long time. There was always something in the way. You’re a good person, a hard-working honest person, and you bend over at McDonald’s to pick up a dirty napkin and you hear a pop in your knee, and just like that, everything’s changed. Doctors, surgery, condescension, humiliation, questions, blame. You will never walk right again. There will be constant pain from here on. Physical pain to go with the spiritual pain. To leave your Mexican family for this, the American Dream, you feel like an idiot to have taken that first step away from home. You feel used, weak, stupid, old. Lost. Every cent you’ve saved for 14 years gets sucked back into the medical system in 6 months, and you’re left with a bag of ice, a bottle of pills and a husband who has no answers.

There were over 200 concrete steps leading up to that 2-story tall statue of the Virgin on the hillside outside of Hermosillo. I used to laugh at the people who climbed those steps to give thanks or to ask for strength. It was someone else’s turn to laugh now. Laugh while you can. Some of the poor sorry pilgrims climbed up those steps on their knees, painfully slow under the full sun, kissing each step along the way. I could see us at the top of those steps, Alma and I, asking for strength, giving thanks, together. I could hear the music in Alma’s mother’s house later on, after we climbed down, after we showered and rested. I could already hear her family, our family, gathering, coming in the front door, chattering, laughing. I could smell the carne asada grilling and the beans boiling. I could taste that first beer.

Mather Schneider's poems and stories have appeared all over the small press for 25 years. He has 5 books of poetry available and his first book of prose, "6 to 6," which is a chronicle of his 15 years of driving a cab in Tucson, Arizona, was recently published by Terror House Press.

Photo, "Hermosillo," by Gildardo Sánchez on Flickr. No changes made to photo.