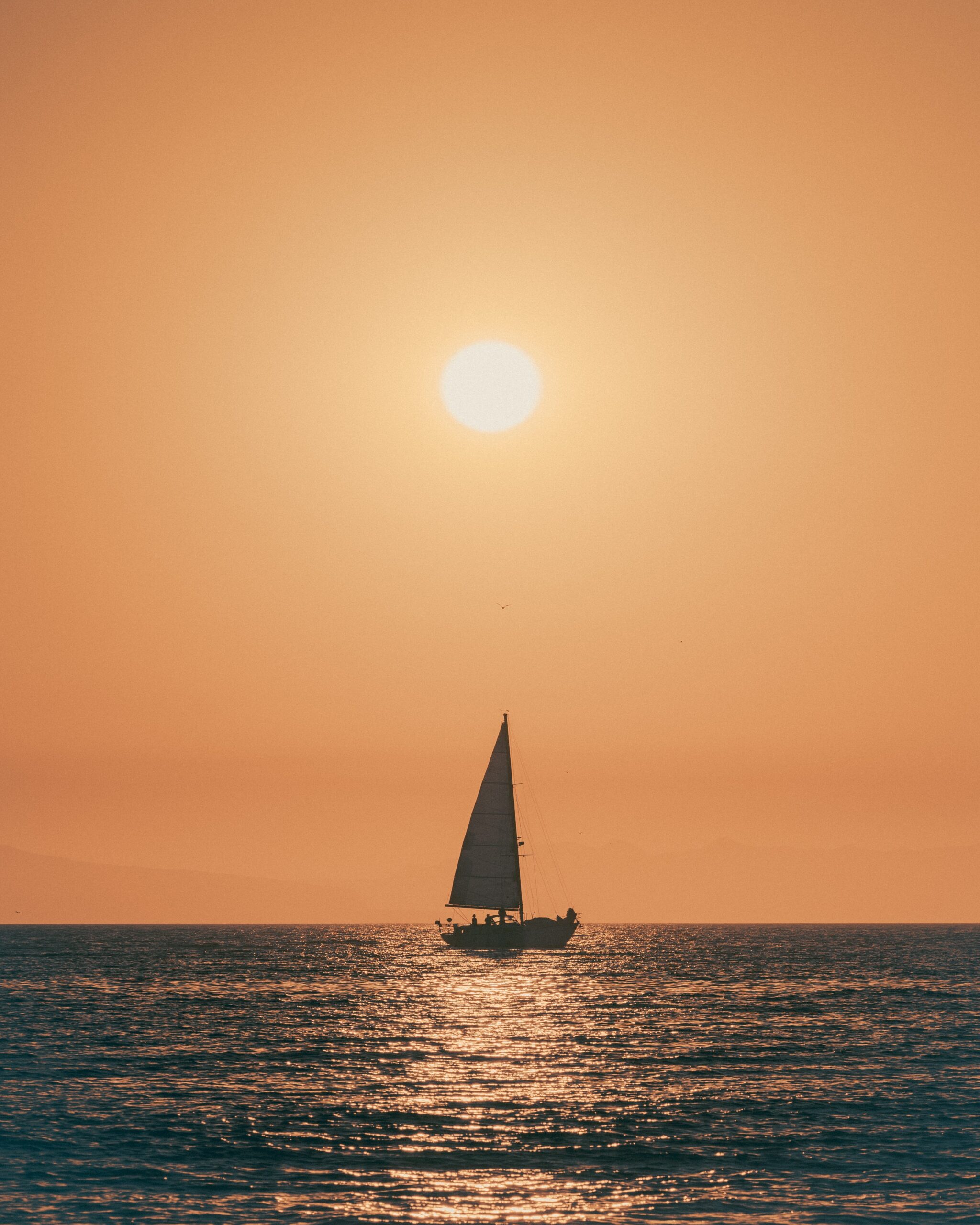 We met in a liminal space.

Though it may be that every first meeting is its own liminal space. I prefer to suss out a situation (and indeed a person) before committing. I’m not shy—I’m skeptical. And we were both skeptical of the captain’s order to “Pump the bilges” before we got underway. She jerked a thumb at the sailboat, on which we were about to make the trip from Haifa to Larnaca, and in which was a considerable amount of water.

“Pump the bilges!” She pointed, this time with her index finger, which was more emphatic. “Need to make her dry before we sail.”

In his academized parlance, the shochet said, “You know, not to cast any untoward judgment upon your boatmanship, ma’am, or overextend my own ignorance, but I would be remiss if I did not ask: is this shit straight-up leaking?”

She grumbled a bit and gave us buckets.

A shochet is the ordained butcher of kosher slaughter. It is a position one rises to over years of talmudic study. He told me it takes deliberate effort from both the muscle and the mind to develop the skills necessary to become one of G-d’s chosen butchers. This ran contrary to the lessons of my Protestant upbringing, which had taught there was a difference between being well-read and hard-working. The latter was preferred to the prior and while my cousins nobly went to work on construction sites, I shamefully accepted an academic scholarship to Baylor.

The boat to Cyprus cost us only our labor. In the short time of many hours we formed the bond of work. We were not unflinching, but we worked through the flinches.

I learned he was also Texan. He had learned how to follow the kosher protocols of the shechita blade while being eaten by skeeters along the Chabad banks of Houston’s Brays Bayou. There are few things finer in global travel than finding a fellow American. One such finer thing is finding a fellow Texan.

“Well, I suppose a ‘Sic ‘Em Bears’ is in order! Though, you would be the first to admit, Waco is a wretched little village.”

“I would not.” (I would, but that was presumptuous, and I was spiteful.)

“Then you are blinded by geologic alliance. Texans always are, of course. But that’s life, isn’t it? A place makes a person, but we do not know what person it’s made until we’ve left the place.”

The shochet was bound for a Jewish village in some green, grassy valley surrounded by dusty hills. With the springtime celebration of Shavuot upon us, the goat farmers and their lone rabbi needed shochet help.

He asked what had brought me to Israel, and what was bringing me to Cyprus, and out of my own interpersonal skepticism I couldn’t give as straight-forward of an answer.

He peered at me. “You know, in the old country, some gentiles made a living by doing melakha—the forbidden work on Shabbos. When Rabbi Bumpkin from some small country shtetl visited Moscow, he was stunned at the size. He told a local on the train, ‘I come from a village with five-hundred Jews, how many live here?’ ‘Two hundred thousand.’ ‘Wow!’ He couldn’t believe it. He said, ‘And my village has thirty gentiles, how many live here?’ ‘One million.’ ‘Wow! What do you need so many gentiles for?’”

The warm sun went west and touched the water, burning the tell-tale soft golden glow of its sleepy last grasp of day. The wind blew, but the surf was soft.

“Incredible, isn’t it? A sailboat is never on course—it arrives only by way of adjustments. There is a lesson for life in that.” He stood arms akimbo as we both considered. Then he said, “Oh shit! I forgot, I’m afraid of the ocean.”

“How’d you forget?” I asked as he retreated into the cabin.

Darkness was upon the Mediterranean.

“You know, it’s a dangerous business you’re in,” the shochet advised over a bottle of syrah. “Cyprus is strict enough for drug laws. And are you taking them to the Turkish side of the island?”

I looked at him and was quiet for too long. Mostly I was caught off guard. I hadn’t told him anything about the contents of my duffel bag (Israeli ecstasy, Moroccan mushrooms, et al) or my purpose in Cyprus. There was a wine cellar in Nicosia with a tunnel that would serve as my border crossing. I wasn’t a drug dealer, I just bought and sold drugs at a profit. Some people sling to put food on the table and some to put rims on the Benz, but the big ticket for me was simply the pumping of blood.

“Just be very careful. Have you seen Midnight Express?”

I stammered. “The…? Rollerblading musical?”

The boat bucked and we lurched out of our bunks. I hit the floor and felt like my stomach stayed in the bed behind me. The captain appeared in the cabin and yelled that we’d broached in the gusting winds. “All hands! Set the backstay!” On deck I learned that the daytime’s hard work had been easy. Rain and seafoam stung my eyes. There was no high sun to warm my skin, only waves breaking over the stanchion to chill my bones. We fought against the whipping wind and water and trudged onward in the darkness. I cleated rope and cranked the winch.

B’ezrat HaShem, I vowed, I will live to learn what person this place has made of me.

Burke De Boer is an Oregon-grown, Texas-based writer and naturalist. His short fiction appears in Cowboy Jamboree, and his western novel In Sheep's Clothing is available from Third Eye Sockeye. Twitter him @professorjoke

Photo by Dave Herring on Unsplash