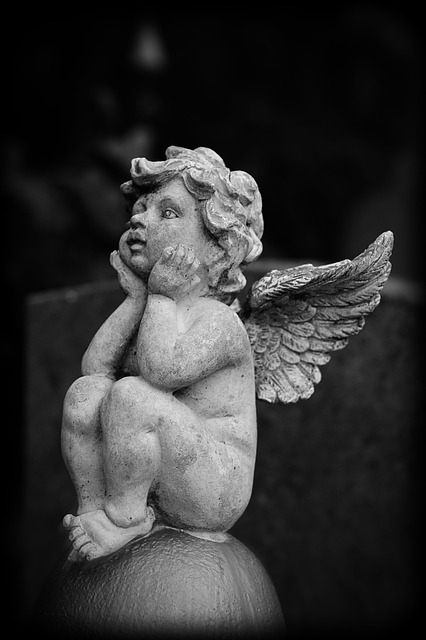 Well, after Brian died I had a really hard time. Nobody wanted to talk to me about it. They all just wanted to pretend like it hadn’t happened. We don’t want to upset her. Talking about it wasn’t upsetting me. Not talking about it was killing me. People gave me books about grief filled with horrible little sayings. “Heaven needed another angel,” you know ridiculous shit like that. I stuck them all in a drawer in the hallway closet. They’re probably still there. I wanted to celebrate his birthday. After the second year, no one remembered. But I still celebrate it, and I post about it. And I take flowers out to his grave. Because he was alive and he was such a beautiful, perfect boy. Everybody loved Brian. He was popular at school. You never saw him at school, I know. But you know how he was. He could bring the best out in people. The girls went crazy for him.

I found out he got some a few years ago from a girl he used to date for a bit. She was all shy and embarrassed to tell me. But she was in for a haircut and we got to talking, and it was… yeah… I kept cutting her hair but I was afraid. She started to go there, to tell me things and I wanted to hear it all so desperately badly but I was afraid, I mean if I had moved just one inch right or left she would have changed, she would have pulled back, so I was like cutting this girl’s hair, trying to not to fuck it up you know, right? Because I couldn’t pay attention to her hair when she was telling me things so important like that. But I couldn’t not pay attention to it either, because the rhythm of the scissors clicking and the spraying made her feel comfortable. I could tell, I can tell these things, I’m good at reading people. And a channel opened between her and me, but shit I mean to tell you I was like holding my breath as I’m cutting and she’s telling me about her and Brian and if I hadn’t been cutting her hair I would have been crying so hard, but I knew if I let it out I wouldn’t be able to finish and the channel would close and she wouldn’t be able to tell me anything more about him without worrying about hurting my feelings or upsetting me, as if my feelings weren’t hurt or I wasn’t upset when I cried alone or with Kenny on my back porch. But people don’t want to see that shit, you know?

But it felt good, knowing my Brian got to experience that. That he made his time count on earth. I still will talk about him with anyone. I know it makes people uncomfortable. I saw those two that lived through it at his graduation. That was hard, but we talked about it. I told them that I forgave them and I do. We hugged. But they don’t know. Or maybe they do. They don’t know that there was a time when I wanted everyone to hurt. I wanted everyone to understand.

It helped, but I couldn’t do it. They treated them so bad at that home. And management, nobody cared. They looked at them and saw a dollar sign on their bed, and that was all. They wanted me to work management because I was so good with the patients. I was not cut out for that. I tried it for a bit, but. It’s not. It wasn’t. It’s not for me. You can’t care about somebody while you’re trying to make a buck off ‘em.

Anyways, you know how I get distracted. I always want to talk about him. He’s still alive to me. I mention his birthday every year, and I always see how people squirm but they try to hide it.

It’s a little better further out from town though, Colorado has a law where you can die on your own property using your own method of choosing. Guy out here laid out in his yard in the bag and did it himself. That way, his wife got to keep everything. Didn’t bleed him out of all his money and everything he worked for to watch it all go away.

Become the trees, the grass, the winds, all that shit. All that shit Cory says out in his hogan. I know, I know it sounds corny as hell. But that’s what I think.

You want a sandwich baby? Hey Ken doll! Say hi to Chris for a minute. I’m gonna fix your Uncle Kenny up a plate. It’s good talking to you baby. You know I love you. Ok, here’s Ken…

Nathan Cover lives and works in the city of Chicago, where he teaches in Chicago Public Schools. His nonfiction work has been published in Hypertext Review, and his flash fiction will be appearing in X-R-A-Y in January.

Image by Karen Nadine from Pixabay