Small Rain on the Tender Herb 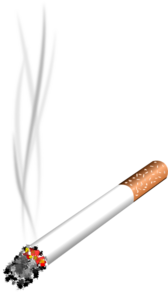 Slick, slick, way greasy. Like sluicing down a waterslide to splash right into his bull-doody. Gorgeous bastard, good offense his defense as he spied me coming. Listen, Marilyn, fully two of the last five months you’ve spent over in Copenhagen. Rory misses you like mad and I consider the state of our union shabbier than that ridiculous firm you’re trying to resurrect.

How did I put it? Sock in it, Jerry, this is about you boning the Bajan nanny.

Swear, don’t know who’s more obvious, him with the put-upon rectitude or Miss Pickney Gyal falling over her luscious self to telegraph she’s got my man…

That was the first or maybe the second. Storming your personal beach and riddling the pock-marked pillbox of your sanity. It was one of those slim girly cigarettes with scarlet lipstick on the filter. Good for a couple puffs, that butt–what you called a three-banger. You torched it and a woman’s voice blared in your brain, as real as the smoke breaching your lungs. Too weird.

Last Thursday that was and it preoccupied you now, drumming down seven flights of stairs to give a miss to the sociopaths, cons, fiends and lunar-tics waiting to fob off bronchitis or sundry URIs on your sorry behind in the elevator.

You breezed past the bottom-of-the-academy-class Homeless Service cops working the metal detectors in the lobby and out of Bellevue Men’s Shelter onto 30th Street. Snicking your zipper tippy-top against the raw December morning, you still got a little kick that the city morgue is directly across the way. The Next Stop, you call it, because you’re so very, very clever.

Bellevue as the former booby hatch was shaping up as a better fit lately, what with the bone house also handy and 2nd Avenue hereabouts known as Hospital Row. You felt like a prospect for any and all with the onset of this new wonder.

Firing up discarded butts for the past week, you’d begun to find yourself…in someone else’s head? Or they in yours, some type of bizarre consciousness-switch flicking on.

Consequences were dawning. Yesterday you sucked four hits of a generic menthol in the bathroom alongside degenerates booting up dope and then hightailed it to your appointment with the social worker allegedly assembling a housing package to get your arse out of this particular circle of Hell.

Asked to confirm you had no income beyond basic welfare benefits, here’s how you spooked the gal:

“So Jeb tells me I’ll bonus out at a full chilly mil if I can crank WayTech to say, 72 ½, by the close on Friday. Meanwhile, all week he’s looking cocky on my behalf, winking and doing that retard rubbing-your-fingers-together-for-cash move, like it’s fait accompli and didn’t my genius mentor—him— bring me up right?”

“Maybe I can sling a mess of puts against that pig of a stock, hedge if it ain’t too late, ‘cause nobody knows what I know. Lucky if that sow finishes the week at seven bucks. And it’s my fault.”

Well, that was hinky. Troubling was the word you think the social worker used and no, you hadn’t yet arranged to join an outpatient program but would certainly, uh, uh, expedite the  proccess. You fled, praying you hadn’t violated the pooch in your campaign to escape this dunghill. Couldn’t she grade on a curve? If only she understood how that verbal vomitus paled compared to how you appalled the Indian liquor store guy yesterday.

After half a Parliament enroute, blabbering that you’d kill for a third callback, God breathed life into you so you could play Julie Jordan and honeybunch, you nailed What’s the Use of Wondrin’, positive you had that stage manager crying. Sure, on If I Loved You  you’d gone a bit flat at the end on never, never to knooooowww and maybe you went overboard admitting you were no Rockette but could definitely handle the dancing…and weren’t you pretty enough?

You were invited to spend your money elsewhere. The chorus girl invading your marrow could do as she pleased.

But look, you’re a cheeky boy with resilience, needs and a sense of math. There’s not benefit cash enough for both vodka and smokes, especially at $12 a pack. Full bottles of hootch aren’t found on city sidewalks or streets, but butts, by God, are–a renewable resource, part of the bounty of the universe. Though there’s still vestigial shame in your game, desperation is a tireless overseer, so off you trod on what you called your Aqualung Odyssey.

as he bends to pick a dog-end…

That Jethro Tull tune you sang millions of years ago in your high-school band, never forgetting the line because at first you thought it meant puppy poop, not twigging to the Brit slang. Nowadays the old bum in the lyric seemed increasingly familiar, rather like the mope eye-screwing you mornings in the broken mirror. And hell, get real. Partly why you liked the song—this was you being highly profound, now—is that in it was the word panties.

Granted, the allusion regarded ol’ Aqualung watching girls with bad intent, and that was icky, but hey, aren’t you the guy whose estimation of Pink soared as she belted it out about somebody being a panty-snatcher, whatever that might be?

Pink, by the way, from Doylestown, just up the highway from where you grew up in pastoral, affluent Bucks County. The Pennsylvania hamlet where you sailed along, certified as gifted, nourishing an array of talents with galactic possibilities ahead.

Scanning the shark-belly sky, you judged precip of some kind to be imminent as you hiked up toward Lexington. Scouring the ground for smokables. Reflecting how music telescoped the epochs of your wretched little life. Often you remembered it more vividly than your own history, because Denial, like Karma, is a bitch and a balm—thank you, alcohol—and bygone shards slash your thoughts in a continuous way.

Always you’re chasin’ waterfalls, in double-deep, so don’t speak, I don’t need your reasons–don’t tell you ‘cause it hurts.

Point being? You have issues, fella. Not homeless four years by accident. Didn’t get to Bellevue by taking a wrong turn off the road or on some bizarre vacation. For sure, you’re a sour mash of paradoxes. A cascade of colliding particles. Between booze and your addled psyche, you’ve learned to hold a vision of the chicken and the egg sprinting toward the finish line. And you go from worse to absurd.

One of only about six Republicans to be found in New York, you returned to the city from across the river to partake of all the liberal-weenie services available to the indigent. So, basically, as a conservative-without-portfolio, a taxpayer burden, you don’t approve of you. Huh. Self-loathing comes in many shades at affordable prices.

“Didn’t hit all the cancer. Just sense it, dammit. Tumor right breast wholly excised, no question. And I was good in there with the blade today. Feel the beast’s headed toward the nodes but that won’t emerge for a while.

So bloody young. Sweet as a gherkin, fixes me with those huge eyes like I’m her ticket back to life. Can’t help thinking her ticket’s going to get punched in the other direction, we’ll recur here…from the lymphs to the brain…then this train runs outta track…”

Sheesh. You snapped out of that one feeling headachey, but some inchoate clue waved a faraway hand. These folks got problems.

Well, you were vexed too, doubling your pace, wondering when your frolicsome God, that trickster with ‘tude, will bring rain or snow and ruin the dog-end harvest. Death to the butt-hunter, wet stuff. All those lovely fag-bits soaked, bloated. And ya know what? That’s when they’re suddenly plenteous, practically whole cigarettes appearing everywhere around like grasshoppers for multitude.

There you went, citing from your recent Old Testament safari, mostly stalking it lately to roust self-pity. Poor, poor you. Casting Gotham as a waste howling wilderness; that just getting the will and wherewithal to stay alive was like sucking honey from the rock.

Now you were up by the bars that ranged this part of Lexington, so you gave yourself a refresher drill in best practices, methodologies and informing principles. Each arising from the many lives you’ve lived and torpedoed. Maybe you could convert these insights into a money-making scheme. Put ‘em on a laminated card you’d market to other guttersnipes, maybe wrangle up some of the scriptural hooey…

Whither Thou Goest, I Will Go…

Well, you were a smidge wonked by the rotgut by then, scurrying about to beat the rain and not famous, anyhow, for being lucid more than three minutes at a time.

So you gave your attention-span permission to go powder her nose and drifted again to Pink, because you could kill an hour trying to decide if she’s sassy-cute or kinda piggy-faced. That brought you to the Adele creature. Woefully un-current, you’d no idea what she looks like. Heard her, though. Chick’s got some truly funky pronunciation, no?

She’s a limey, okay, but why in Hello does the word come out deeee-ference?  That other song you almost took as a shout-out. The title line, When We Were Young, you swore sounded like a wackadoo extended drawl of IN-EE-BRIATE. ‘Course you’re usually stewed when you hear it…

Three raindrops the size of quail eggs conked you in the head and you speed-searched four blocks, fierce to score an adequate butt-haul before the flood.

What was that other nifty Tull line?

And you snatch your rattling last breaths

Well, look who doesn’t know everything after all? Smack-dabbly middle of the sidewalk.

And it’s what, gold?

You scooped it up quick as a Mom who’s dropped the holiday ham on the kitchen floor. No brand name. Probably foreign. Intact. Whole.

Even smelled kind of peppery-perfumey.

You switched your Coach briefcase to your other hand, thinking you’d save that bad boy awhile and Jesus, shouldn’t you be quitting anyway? Stepping to the curb, you faced oncoming traffic. Raised the hand with the trophy smoke in it, feeling like Lady Liberty hoisting her torch.

Save time. Cab it over to Penn Station to catch the train home to Jersey, you decided.

The taxi made good progress but you were distracted. Maybe came off patronizing to the hack who wanted to rave about your crisp, snappy school tie. Princeton, you said. Just your basic Brooks Brothers, no biggie.

You groped to remember today’s honey-do list. Judith told you to check the antifreeze in the Beamer, got it. What else? She cracked you up going And if you ever expect to see this again, pointing to it, don’t forget…what?

Oh, yeah, she had a late meeting. You’re responsible for dinner. Imagined you’d pop into Whole Foods when you got to Belmar. Pick up rotisserie chicken, sweetie’s beloved eggplant and garlic soup. Maybe a nice mix from the salad bar. Feed your baby. Hell, spoil the wee darling, pick her up House Beautiful and those ludicrous tabloids she devours.

This close to Christmas, it would be so nice to eat in the front room, look out the window and enjoy the ocean.

Rick Ewing, formerly homeless in NYC, holds an MFA in a field unrelated to writing. His fiction has appeared in 7 literary journals. In early summer of ’16, a novella, printed in hard copy, was offered for sale by a prominent arts journal and profiled in the Huffington Post. Currently he works to complete a collection of short fiction to be published later this year.