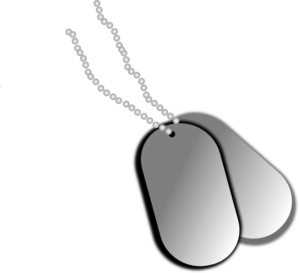 Hey Sergeant Baker, you wanna hear a funny story?” Private Cody asks but he’s going to talk no matter what.

We have nothing else to do at the moment but stare into the vast Georgia darkness, waiting for the green light from the Lieutenant before we can start up Lane 4 of the live-fire exercise. Some poor private from third platoon lost his NVG’s and the range is on lockdown until someone finds it. Such are Privates, rules and regulations, and life in the Army. Waiting. Waiting and trading war stories, if you got’em.

Cody’s a good Soldier with too much energy on his hands and not enough time to expend it. He joined the Army to leave New Jersey and the cycle of life his family had for over three generations. It was too boring, he admitted to me once. Cody couldn’t imagine spending thirty years of his life as a technician for The Post Office like his dad, and his father before him. He loved the Army. He imagined a career of adventure. But a bullet to the shoulder blade in Iraq, mixed in with some run-ins with the local Columbus, Georgia police, took away his hopes for a new life. Instead of moving onto a deployable 3rd ID Brigade he was sent to us, sent to me, at TRADOC, until someone else figures out what to do with him. He doesn’t belong here, it’s too static. Too much of the same and he knows that. Cody’s always itching to make something happen, and he passes the time either to complain or talk about Iraq.

“I know you’d want to hear it. It’s a good story,” Private Cody presses on. He even had the balls to poke my shoulder. One look, and a blank stare later, and he was reminded of his place.

“Ah shit, this isn’t going to be one of your shitty war stories again is it?” Specialist Marino’s says up from the gun turret. “Lemme guess…the one about the spaghetti sauce?”

“No it’s not marinara. Whatever they serve over there doesn’t have the right to be called real marinara sauce. That’s just grinded up redneck blood put in’a can.”

I turn my head and one glance is enough to silence both of ‘em for a while. It had been an hour since the platoon sergeant informed us what was going on and the lockdown gave us time to think. I thought about the last forty-eight hours. Yesterday, I called my old buddy from high school and exchanged job stories. For the first half hour, we barely talked about the Army. I spoke of my marriage, my divorce, and how I got stuck in Columbus. Afterwards, we talked about his life. He was a headhunter; it was his job to find people to get new jobs. He was always checking up on the latest Facebook posts, Linkedin profile, and always trying to be ahead of the other guy. All boring rat-race shit compared to the Army, he said.

I wanted to talk to him about Afghanistan. I wanted to talk about my life and how we waited for orders more times than actually executing them. I wanted someone to listen and I thought I finally had it, but before I could say a word, my friend started to talk about his upcoming marriage. I figured no one wants to hear the stories of the few except for the few themselves.

Cody grins so wide he almost spat tobacco juice on his name tape. Marino lets out a loud sigh and sits back.

“Well where do I start,” Cody begins. “So no shit, there I was getting lunch with the rest of my truck, a bunch of guys from First Cav. Sergeant Baker you know anyone in First Cav?”

“Okay well I was with the guys from my truck. Sergeant First Class Wheeler, Specialist Cook, and this other sergeant…I forget his name. Anyway I was just a fresh private back then, like literally out of fucking basic. Sergeant Wheeler and Specialist Cook are having this argument about whether or not Lady Gaga was bangable or not.  I didn’t say nothing ‘cause they were always telling me to shut the fuck up, and I was an FNG and all. So most of the time I just listened.”

I thought of Cody with his mouth shut for a few minutes but the image was just a dream I couldn’t picture. “So they’re all talking when, outta’ nowhere, just fucking BAM. One second we’re shooting the shit and then the next second I hear the whizzing sound of a mortar coming closer and closer. No big deal right? I mean mortars come by at least twice a day and they always miss, except this one don’t.”

“The whole DFAC went to shit in a second. The mortar tore through the roof and came crashing down at the center row of tables. The last thing I saw before I jumped to the ground was this fat pogue. For a second I thought…this was it man, if I was still alive by the end of it, I was going to watch another dude eat it. This fat guy was gonna get wasted,” Cody stops for a second to chuckle. From the gun hatch, Specialist Marino sighs and brings the 240 up, still facing the range. Cody continues.

“After the round dropped and the dust settled, Sergeant Wheeler pulls me up and I pull up Specialist Cook. Medics run in and try to triage the wounded while we spring into action too. I ran to that fat pogue first, trying to remember where exactly the center of the DFAC was in all the debris. I eventually found him with a pile of rubble on his legs and two medics at his side. Fattie’s still alive and he’s weeping like crazy.  When the blast hit he fell backwards and took shrapnel on his belly. His tray, and all the food he had on it, was splattered across the uniform. It was all spaghetti. The medics were having a hard time trying to clean up the blood as the marinara sauce was mixed in with his wounds. They had a hard time distinguishing between the blood and the sauce because it was everywhere. I mean, shit, can you imagine that? All that blood, guts, and marinara everywhere?”

He snorts a little too loudly and Marino kicks the back of Cody’s ACH.

“Yeah, ain’t that something sergeant?”

“Yeah, he lived. They sent him to Germany first, then back home I heard. I think he got a Purple Heart for the entire mess. Can you imagine what his commander’s letter must’ve been like?”

Cody spits into his orange Gatorade bottle. “This Soldier served valiantly by being a proud and fat American. He dealt a great blow to the terrorists by proudly gorging on cake, pizza, and freedom. He fought bravely for his nation by being the first one in the chow line and the last one out. The terrorists…”

Marino kicks Cody a second time and Cody quits it. The Private didn’t smile for a while after that. He just sat there, looking at the staring wheel while tapping his fingers against it. Cody spat out the rest of the chew into his bottle and asked if he could step out for a second. I said no.

In the wood line, cicadas cried out as the moon began to shift high into its place on our world. There were thousands of stars in Columbus and it was good to be back in the country. It was good to be away from noisy streets, washed up homes, and angry people. Even sitting and waiting in boredom was better than the lights of some Afghan city street. And sometimes that tension of the unknown in a place like that was better than this. The radio bursts into life. It was the Lieutenant’s shaky voice on the other line.

Private Cody starts the truck by flipping the engine switch to the left. Specialist Marino loads the 240 with 7.62. I lower the NVG from my ACH to my left eye. The Humvee vibrates. We sit and wait.

Mark Galarrita is a Filipino-American fiction writer with a B.A. from Marymount Manhattan College. His work has also appeared in the Kelsey Review and was nominated for the 2017 PEN/Robert J Dau Short Story Prize for Emerging Writers. He is a student at the 2017 Clarion West Writers’ Workshop.