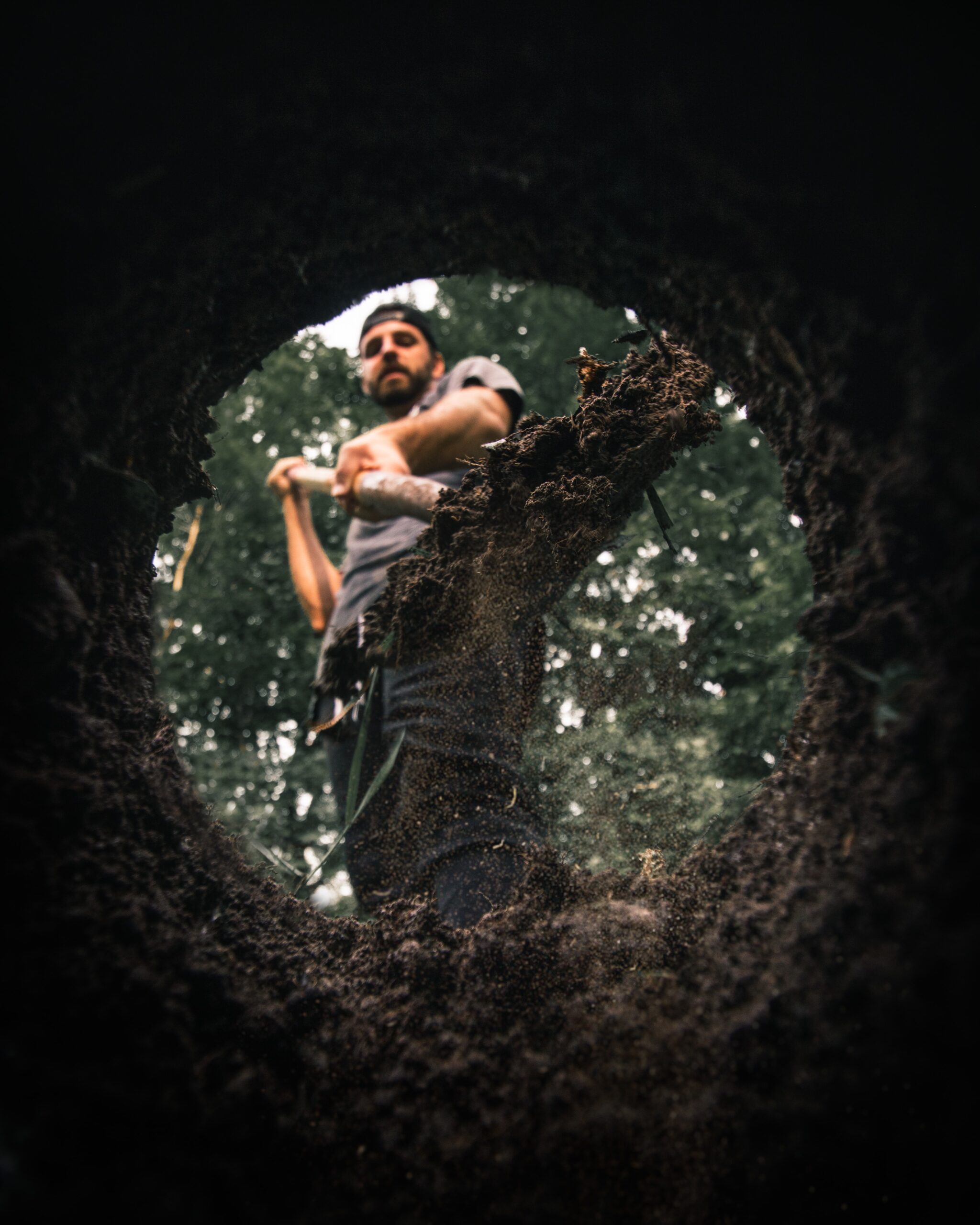 Saturday, 3:20 PM. The woods behind school. Our plan to get stoned hits a snag when Danny and I happen upon a four-foot-deep hole, and stand peering down at our teacher, Mr. Jacobi, immobile at the bottom. An evil, booze-infused smell fills the air. Spread-eagle, lying next to a shovel, naked (but wearing a fanny pack), Jacobi is a lurid terror to behold. Danny considers the implications: “If he’s alive, we’ll have that test Monday.”

We aren’t horrible kids (we didn’t dig the hole), but Jacobi is a tool. He teaches 6th and 7th grade science at our school, Jefferson Academy. He uses words like “global citizenship” and drives a Yaris and eats vegan food that, when heated, smells like bunion wine. And he’s the chaperone for Friday’s pizza party. Which Danny and I are banned from.

Fuck. Which is a roundabout way of saying Jacobi might be dead.

In class, Jacobi once combined boric acid and menthol to create white flame. Big plus. But he gave me a D in citizenship (I allegedly peed in the class terrarium). Big minus (also, a big misunderstanding). And Jacobi, notorious for hitting on single moms during parent-teacher conferences, hits on my mother, Carla.

Back over the death-hole, Danny and I peer down at our maybe-dead science teacher.

Danny picks up a pinecone and drops it over the hole, smacking Jacobi in the face.

The whole Jacobi-in-the-woods situation comes at a fractious time, during a guerrilla warfare campaign between me and Danny, and Jacobi.

Jefferson Academy is one of those southern, also-ran prep schools, swaddled too tightly in its illustrious mythos. The “masters” have online degrees, the foul-smelling slophouse of a cafeteria is named “Eaton Hall,” and the grounds crew uses Gorilla Glue to attach ivy to the buildings. Danny and I, both day students (even though his parents are loaded), are lepers among our genteel, wannabe one-percenter peers, future dickbags of America.

Last month, tensions with Mr. Jacobi boiled over after an in-class exam. Danny, whose parents give Jefferson too much money for him to ever fail outright. In an essay on Science and the Sanctity of Life Danny writes two words—“Suicide Solution” then hands it in. Jacobi gives Danny the customary D, then wallops me with two days of detention (in a show of shithead solidarity, I eat my test), but also adds a lifetime ban from school pizza parties.

That’s when the gloves came off.

The score so far includes, to wit, one butt plug, six replacement car tires, a pair of cactus underpants, and a donation from Danny’s father to Jefferson Academy for thirty thousand two hundred and thirty-two dollars.

At the perimeter of the hole, Danny leans over: “Why’s he wearing a damn fanny pack? You alive, Jacobi?”

Jacobi massages his face and sits up. “For the moment.”

It’s a deep hole. I take off my shirt and undershirt, tying them into a makeshift sling.

“I just wanted to smoke weed, is that too much to ask?” Danny says.

We crouch at the edge of the hole, trying to hook our slings under Jacobi’s arms.

We hook Jacobi and pull. Jacobi grimaces and pushes. We get Jacobi over the ledge, all of us gasping.

“I’ll take those shirts back,” Danny says. “Jesus, is this what you do on Saturdays, Jacobi?”

Jacobi puts on a dirt-streaked polo and pants. His clothes from yesterday.

“My home is the lonely road.” he says.

Danny and I pause beside the grim contours of Jacobi’s life. We’d only known Jacobi as our teacher-nemesis, but it’s hard now not to envision Jacobi out in the world, carrying his weapons-grade loneliness, all the things that had soured in his life. We knew nothing of Jacobi, what had led him to this moment, our naked teacher in the woods.

We haul Jacobi to the front yard of a house that borders the forest. An old couple comes out the front door. They pause and look at the three of us. The couple is dressed for date night. We are barely dressed at all.

The couple gets us inside the house. The woman takes Danny and me to the kitchen, gives us glasses of milk and calls my mother. In the front room we hear the man grilling Jacobi. “What the hell were you doing?”

Sipping the milk, I feel the palliative closeness of the future, when we’d be able to retreat from all this back into our regular lives. But a pulse flashes in my brain. Jacobi. What had he been doing in the woods? And I knew.

On Monday, though, life resumes. The entrenched guerrilla warfare disappears. We take Jacobi’s test (Danny studies some this time). The school year trudges onward. Jacobi, Danny, and I never mention what passed between us out in the woods.

During the second week of summer, Jefferson’s principal calls to tell my mother that Geraldo Jacobi, 6th and 7th grade science teacher, has passed away unexpectedly. Details emerge slowly over the next couple of days. The woods, Jacobi’s body, gunshot. Later, the obit lists just one survivor and nobody else. Meryl. His wife.

As a kid, the suicide made an impression on me, but now, as an adult, I think about how I was back then. How I thought Jacobi knew we had an understanding of him, that he was not invisible to us. But I didn’t know how wretched it feels to be alone, not at home in the world, to suffer the howling loneliness that drove Jacobi to die in the very hole Danny and I pulled him from. And now, all these years later, my own son gets into trouble, scrapes that turn into failure, shame, death itself, I talk to him. I tell him that he is my son and that he will never be alone. I tell him that he is good.

Mike Itaya lives in southern Alabama, where he works in a library. His work appears or is forthcoming in New Orleans Review, Journal of Compressed Creative Arts, and Storm Cellar, and has been nominated for a Pushcart Prize. He studies fiction at Pacific University.

Photo by Daniel Lincoln on Unsplash