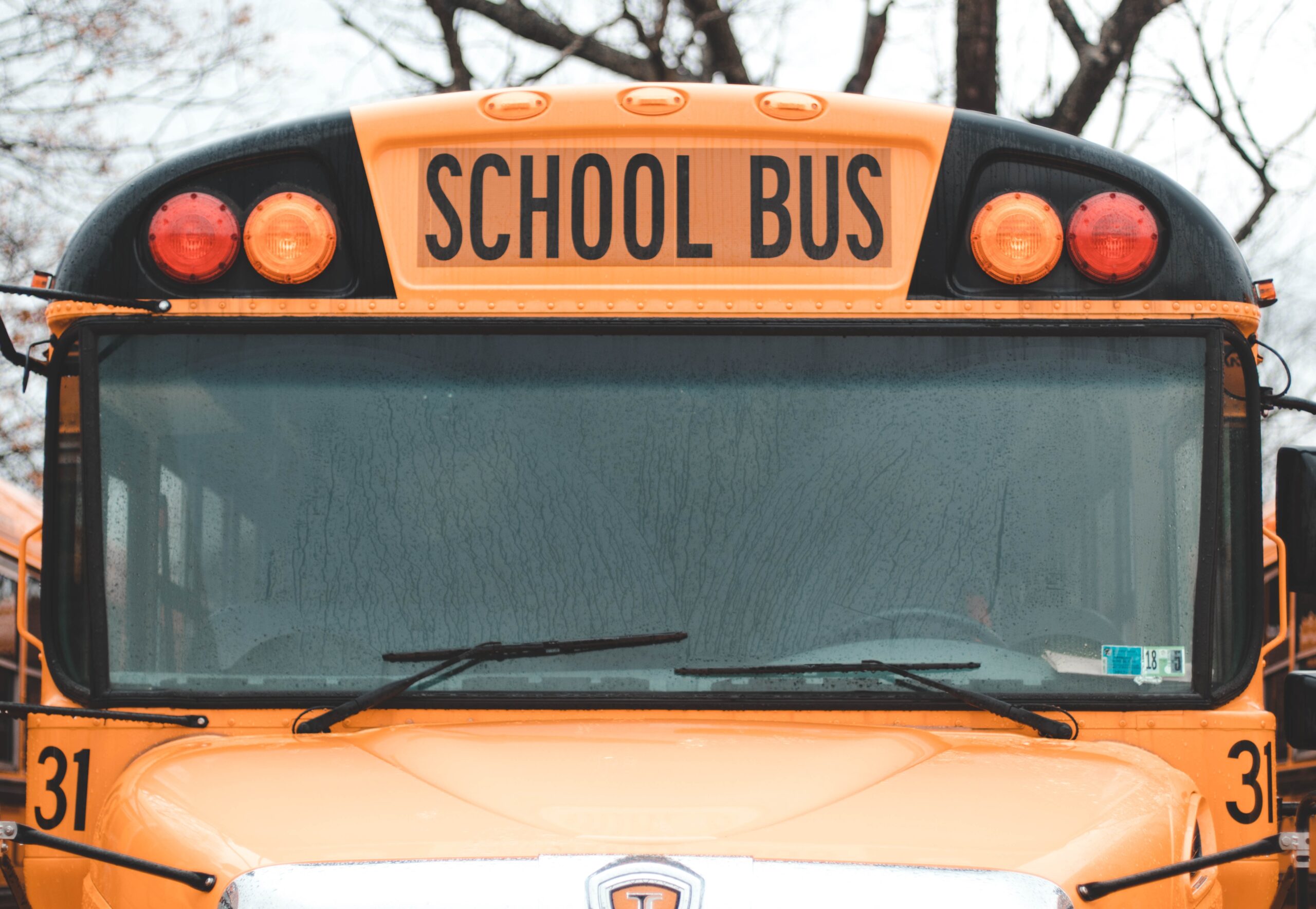 It might have passed through his mind before. It might have been an old idea from toddlerhood, from infancy, from birth—an idea from a blurry constellation of notions and designs. But this morning was the first time it had taken form and burned to be real. It brightened in his mind just before he awoke, in the dark, while Burt Moon huskily delivered his weather report over the clock radio.

This warming idea was simple, parent-defying, liberating—unrealistic, perhaps, too, but pleasing. That was the type of wobbly-minded kid he was. Although it seemed that everyone had their own thoughts about him. “You take cues well,” his bandleader had said and the boy, peering over the depressed valves of his trumpet, didn’t know if he liked taking “cues well.” It reminded him of how his mother had called him “dubious,” and his grandmother called him “tender,” and the boy didn’t like either of those words.

But on this morning, the idea was what was on his mind. It easily fell into imagination, becoming a story he started to tell himself. And what a story! A vision of an adventure, albeit a small one. It would have to be small because that’s the kind of life he lived, the kind of life those around him led. Small because everything was small, restrained, and confined.

The idea wasn’t to skip school. No. He would skip the afternoon bus.

If he just skipped school, he would be at home, nowhere interesting, a place he was every afternoon anyway. He’d played hooky once before and it had been a lonely, unforgiving day. TV became boring. Nintendo became boring. Jerking off became boring. Searching through his mother’s belongings became boring. Lighting small fires in the bathroom—boring. Testing the liquors in the cabinet—boring. In the silence of his own house—a silence he knew and knew and knew—he was nowhere, contained, on farmland with no one around for miles but a spare grandparent, half-blind and vinegary, living on the far-side of a shared field of fescue.

But by skipping the afternoon bus, he would be somewhere.

From under his covers, he listened to Burt Moon on the radio say it would be “sunny,” “breezy,” “unseasonable.” And then, Moon contradicted himself by saying something about ground hogs and possible showers. It seemed a good enough day for his idea.

How much of his day at school was important?

Unexceptional except for the tiny idea he kept in his mind, observing it like an amateur stargazer, as if it might vanish before he could claim it for his own.

He told no one about it.

It was his alone.

When Joan returned his jacket smelling of an older-woman’s perfume and cigars, he thought only of his idea. Joan, with her flamboyant chain of bracelets, wasn’t what he desired anyway.

When Troy, a friend, talked go-cart racing at lunch, he thought only of his idea. “Go-carts just go around and around, circling a dirt track, going nowhere,” he told Troy over sour-smelling milk cartons at lunch. The stinging comment silenced the boys.

In band, he was again praised for his direction-taking, but he didn’t dwell on it.

In the locker room, when the other boys kidded about, he didn’t. Among the boys, hooting and chortling in their underwear, he might have been able to recruit a companion, but he didn’t want one. He knew the idea wouldn’t have made sense to them. It would seem too small for the risker ones, too outrageous for the cautious. How little sense he felt he made to people.

The story the idea had sparked inflated and deflated. It pulsed, burned in and out of focus. At times, in fantasy, he met people, mostly sturdy, slightly older women with smoker’s voices, who offered him butter-glistening wedges of pound cake and talked about life and sex. “Imagine me thirty years younger,” was a common exhortation. At other times, he imagined meeting another boy—tall and threadlike, like his own body—who taught him to play a new game. He daydreamed a solo walk that took him to a pond or a lake—water of some sort, yes!—where he might set out upon it with a weathered rowboat and watch for—what?—something. Something beneath the water. A message. A clock. A figurine. A treasure. A body. Yes, a body. It was a clear vision, a desire to be changed by something.

His thoughts made him feel breathless.

He daydreamed in last period of corpses and a willing teenage girl just a little older than himself, who loved risks and held few inhibitions. “Sex and death!  Is there anything else?” he mused cheerily, maturely to himself. This self-probing made him feel grown because the insights felt true and certain.

By the last school-day bell, he juddered with anticipation. But he’d also begun to question whether he would go through with the idea. Whether he had the “guts.” That’s where he felt the idea the most. In his guts. “Do I have the guts for this?” he asked himself, finishing in a bathroom stall. Inside those confines he began to read the walls. In among the shaky swastikas, the hateful messages to whites and blacks, the vulgar rhymes about fatsos and genitalless boys, was a small scratch he’d made of his own name, just faintly etched into the sage-green paint. A boldly carved arrow, one that he hadn’t drawn, pointed from his name to another word—fag.

He followed his usual path. Locker first for a final swap-out, and then to the concrete stairs, with its twenty-seven-step slope to the bus-loading zone, where a dozen or so buses idled, their drivers were the same faceless and hapless adults as always. Mr. Watts was down there with this walkie-talkie and solemn brow. (Mr. Watts went to church with him and his mom. He was friendly and good-humored on Sunday mornings. Mr. Watts had once called the boy “dutiful.”) He watched as the kids headed to their buses. As usual, they all boarded, cheek-to-jowl, sometimes three across, with the pitiful third rider’s outside leg jutting into the aisle. The odor on the bus, overripe and teenage, was like something closed up for too long. “You coming,” Troy asked, sidestepping. The boy had stopped. He stood at the top of the steps, watched as Troy descended. He refocused the idea in his mind and wondered again about his guts.

“I forgot something,” the boy said.

Turning back was easy. Revealing.

The idea was real. Action.

There were a hundred or so kids walking his way, and he would have to walk against them.

Walking against the oncoming students was something he had not imagined as part of the idea. Oxygen-less and distressed, the idea frayed and chafed from this abrupt fissure, it snapped out and then leapt to life again. Things changed. The idea no longer burned—but had become something else. Something more prosaic—more like an unraveling. He stepped forward, though. He walked forward—which was, in truth, a retracing—and later, of this momentary unknotting, he will say: “I didn’t feel involved. Not really.”

The boy felt shaken and breathless. His nutsack pulled tight into his groin. He felt an interior tug to return to the flow of students, a hitch to rejoin the thread of them descending, shuttling home. It would be so easy to go home, where he could be alone, overlaid in the silence of his house, to watch cartoons he knew were too “babyish’ for him to enjoy.

He pushed forward with his design.

He crossed the road where the middle school was and walked across the grounds and up its hill, where he sat on the light-colored concrete base of a crumbling light post—its bulb, unexpectedly lit and humming, burning through a grime of dust and insect segments. All around him were cars and students and parents and administrators caught up in the busy weave of after-school. Middle school boys played tag and catch. Girls stood in tight, flamboyant groups. Cars, glinting and welcoming, crept along the “Pick Up” line. A beaded line of yellow and black buses eased out and honked along the road. As they passed, he could hear the chronic din within them.

He waited to see his own bus go by.

When it passed, only Angie, poor Angie—softly mustached and acne-enflamed—saw him. Her face up near the glass because two other students had crowded into her seat. Angie made eye-contact with him, but she didn’t react, didn’t even let on that she’d seen him. The boy felt lonesome.

It all moved on without him. The end of the school day. Its controlled chaos didn’t even let on that he had removed himself from its grip. He stood up and looked at his hands and then scanned the schoolyard. The end-of-the-school-day chaos neither required him nor missed him. It carried on. He was separated from it. Whatever it was. It all moved on without him. It didn’t stop. Not that he had imagined it would stop. He hadn’t imagined it at all. He felt sick from this observation. He felt, for the first time in his life, untethered. He achieved the desired thrall of being un-cued, undutiful, and unlabeled, but he wondered if he liked it.

The schoolyards had been altered into something more brilliant and terrifying. (“You should see your face,” he remembered his mother saying to him when she came home recently with the ghastly smell of a fresh permanent and frosted tips. He wished he could see his face.)

In the distance, he swore he heard Burt Moon on a car radio. He was certain he had heard the man’s authoritative and calm voice. But it was garbled and choked. It unnerved him that he hadn’t heard Moon’s prediction. And he thought for a moment about walking toward the car, but the car took off too fast. What if the weather had changed?

The idea. Too much? Not enough? What had it gotten him?

I have guts, he thought.

I have guts—and then he stopped because he didn’t want the words to lose their power.

Traffic around the school settled.

A small, cooling wind moved across the school lawn.

He sat on the hill until he was alone, until the schoolyards and parking lots were calm and deserted.

Then, he stood up, proudly like a loose stitch, and began his adventure.

Jason DeYoung is the author of Waiting for the Miracle (The Cupboard Pamphlet, 2020). His fiction has appeared in Booth: A Journal, The Los Angeles Review, Numéro Cinq, New Orleans Review, and Best American Mystery Stories. He is based in Atlanta, Georgia.

Photo by Austin Pacheco on Unsplash