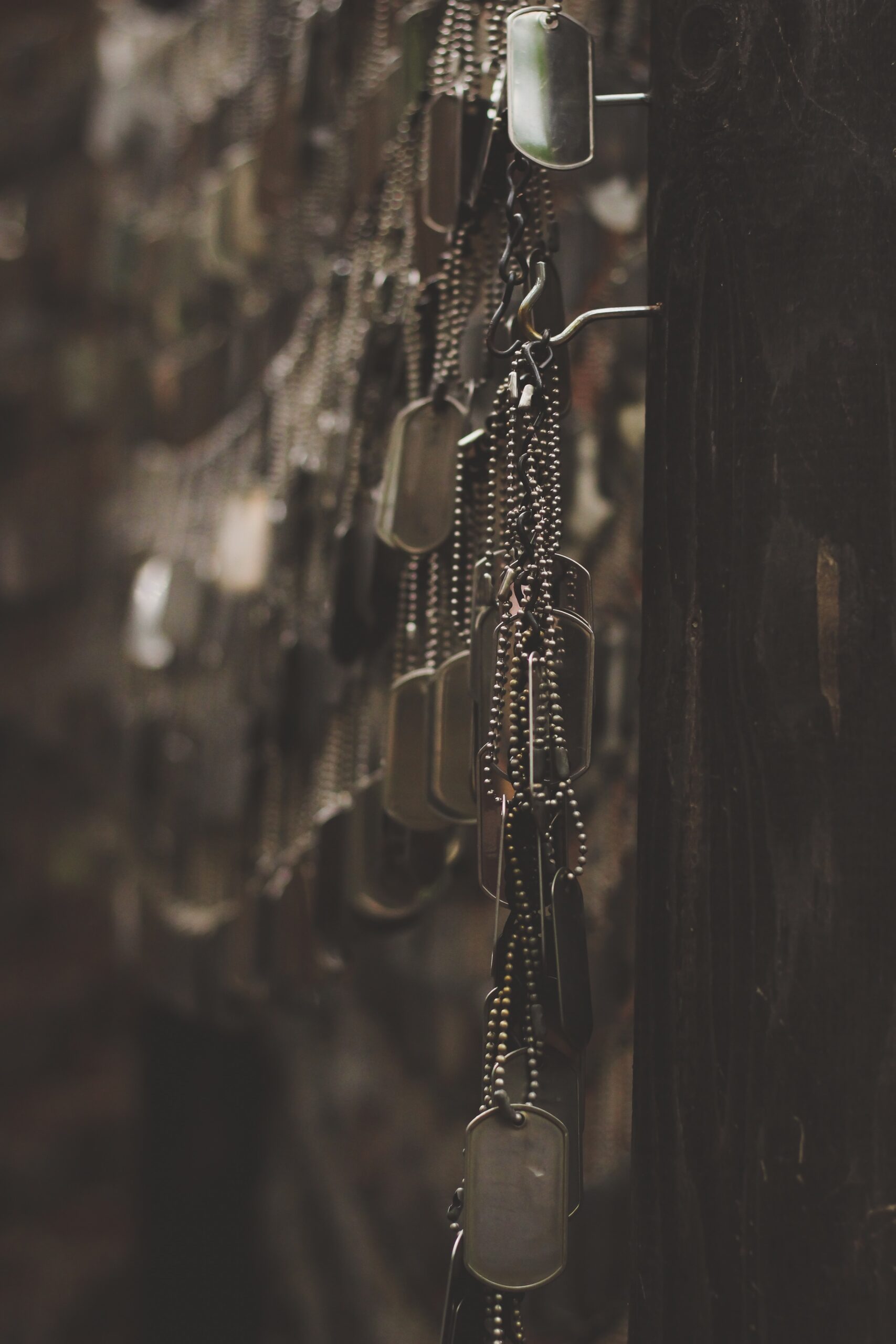 Lonnie had been attempting the spitball his older brother Keith taught him all afternoon with no luck. Vandale was up to bat–or broom, which is what they were using for a bat–and Shug was playing outfield.

Lonnie squared his shoulders, put on his business face, and let it go. Vandale swung and connected with a crack. The ball soared followed by half the broomstick. Shug went deep for it, ran it down with pounding lungs, and threw it back to Lonnie who ran to tag Vandale, but he was just standing, staring at a Plymouth, easing up the road.

“What’s Judge Foreman doing coming up here?” Shug said. Lonnie watched Vandale and Shug run to the driveway, scattering chickens, as Judge Foreman pulled up and parked. They stood in the swirling dust as the door creaked open and the old man stood and looked at them. He took his hat off and held it in his hands as he stood, as if he were afraid to step away from the open door of the car.

The Judge took their momma in a room by himself, while Lonnie and the others waited outside. The girls looked worried, which made Lonnie worried.

“What do you think?” he asked Vandale, who was staring down the front door like he thought he could make it cry.

Lonnie nudged his brother who shoved him aside. Inside the house, Momma keened. It cut through the air, up Lonnie’s back. Vandale turned and was gone. Lonnie saw Shug watching their elder brother walking away.

“What is it?” Lonnie asked Shug.

The elderly lined the porch in rocking chairs, kitchen chairs, whatever they could sit on, canes leaned to the side of several, spit cans in their hands as they stared out over the flat farmland surrounding the house. Inside, the aunts and cousins who’d descended on the house wandered from child to child, worrying each in turn. Ever since Judge Foreman handed the telegram to Momma, Lonnie had stayed by her side. Now, he pushed himself from the wall behind her chair and worked his way through the crowd, looking for Vandale and Shug, the oldest two remaining brothers, but with no luck. He went out to the porch to get clear of it all.

“You going to enlist, son?” The voice belonged to Great Uncle Elijah, a rheumy man who liked to repeat stories from the War of Northern Aggression as though he’d been alive for it.

“No, sir. I’m too young.” Lonnie felt flushed when he said it.

“Thank you,” Lonnie said because it seemed like the thing to say. He stepped down into the vibrant green of the lawn. Off to the side of the house was the flower garden. He headed to it because nobody else seemed to be there.

It was the one extravagance Momma allowed herself. There were wildflowers she’d cultivated and cuttings from others’ gardens. Lonnie still had the baseball in his pocket. He took it out and gripped it a few times, mimicking spitballs. Keith had been the best pitcher around. And he could run faster than anybody. It didn’t make any sense.

Lonnie heard some noise on the other side of the garden, something soft and animal-like. When he got closer, he heard a girl’s voice, begging.

“I have to.” It was Vandale’s voice. “I have to get those Jap bastards. Besides, it’s too late.”

There was commotion at the house, and when Lonnie turned back to where Vandale had been, he found his older brother standing, angry, hands on hips.

“Looking for you,” Lonnie said.

“Looking, huh?” He advanced on Lonnie, who fell back. “Looking at what?” The girl was behind Vandale, fixing her dress. Lonnie couldn’t remember her name, but he’d seen her around, before. There were always girls around Vandale and Shug. And Keith, at least there used to be.

Vandale grabbed Lonnie by the shoulders.

“Van.” The girl’s voice was quiet and pretty.

Vandale’s face went hard and then softened. He released Lonnie and ruffled his hair.

“What’s going on at the house?” the girl asked.

Both boys focused their attention. The judge’s Plymouth was back. When they got a little closer, they could make out the judge with Shug.

“Aw hell,” Vandale said as the two brothers ran for the house.

When Shug found out Vandale had already enlisted, he’d walked into town to sign up, himself. He’d almost made it, even though he was lying about his age, but Judge Foreman caught him.

“Why in hell do you care?” Shug said to him. Momma walked over and slapped Shug on the mouth.

“You don’t talk to him that way,” she said, tears sliding down her cheeks. Shug sulled up and kept quiet. “I just wish I could’ve stopped Vandale,” Momma said.

“What’s done is done,” Vandale said. Momma glared at him.

Vandale nodded thanks to the judge. Shug pushed past them all and threw the screen door open. Lonnie ran after him, keeping pace as his brother stalked up the driveway and beyond, headed who knew where.

They followed the road along the levee until it turned toward Wittsburg. Shug left the road and veered west to pace the railroad tracks.

“You want to be a pilot or infantry?” Lonnie continued, undaunted. “I bet Van could be an officer.”

“Officer School?” Shug finally said. “You take Van for some kind of fruit?”

“No, I just mean he could make good, you know.”

Shug turned on Lonnie. “Say, what are you following me for, huh? I ain’t heading to the Five & Dime.”

“I know. You’re going to hop a train into Memphis so you can enlist, there, where nobody knows you.”

That shut him up for a second.

“You figuring to stop me?” Shug said.

“Guess so,” Lonnie said. “Maybe we could go see a picture show or something. I got a nickel.”

“He was my brother too.”

Shug narrowed his eyes, but when Lonnie made no move to leave, Shug finally gave up and started walking again.

The land they passed was all cotton fields and dirt roads. The boys passed black field hands, mostly, with the occasional white one mixed in. There were more white farmers as they neared town. The sun sat highabove them as Shug led his brother to the freight yards.

“It’s just two months,” Lonnie pointed out. When Shug didn’t respond, Lonnie added. “Unless you’re scared Van’ll have them all licked by then.”

Lonnie was on the ground before he realized it with Shug on top of him, swinging again and again. He could hear the thuds as his brother connected, but he couldn’t feel them. He’d entered some other place, and it was only when some railroad workers saw the boys and pulled Shug off, that Lonnie started to register what was happening. Even then, what he noticed first were his brother’s tears. He’d never seen any of his brothers cry, least of all Shug. It scared him. He tried to sit up, but felt an aching pain and realized one of his eyes was swollen shut.

The men had a hold of Shug, but Lonnie managed to get to his feet and wheeze at them.

“He’s my brother,” Lonnie said. He went to Shug, doubled over. Shug put an arm around him and helped him back up the road, towards home.

“Guess I did stop you,” Lonnie said as they entered their yard.

Shug laughed. Lonnie tried to, but it made him spit blood.

Shug bent and picked up the pieces of the broom. He examined the broken stick and tossed the pieces far into the yard. The two boys looked after it. “I can still go tomorrow,” Shug said.

“Yeah,” Lonnie said. He drew a deep breath that made his chest rattle. “Reckon so.”

Shug climbed onto the porch. A moment later, his brother followed him.

Raised on a rice and catfish farm in eastern Arkansas, CL Bledsoe is the author of more than thirty books, including the poetry collections Riceland, The Bottle Episode, and his newest, Driving Around, Looking in Other People's Windows, as well as his latest novels Goodbye, Mr. Lonely and The Saviors. Bledsoe lives in northern Virginia with his daughter.