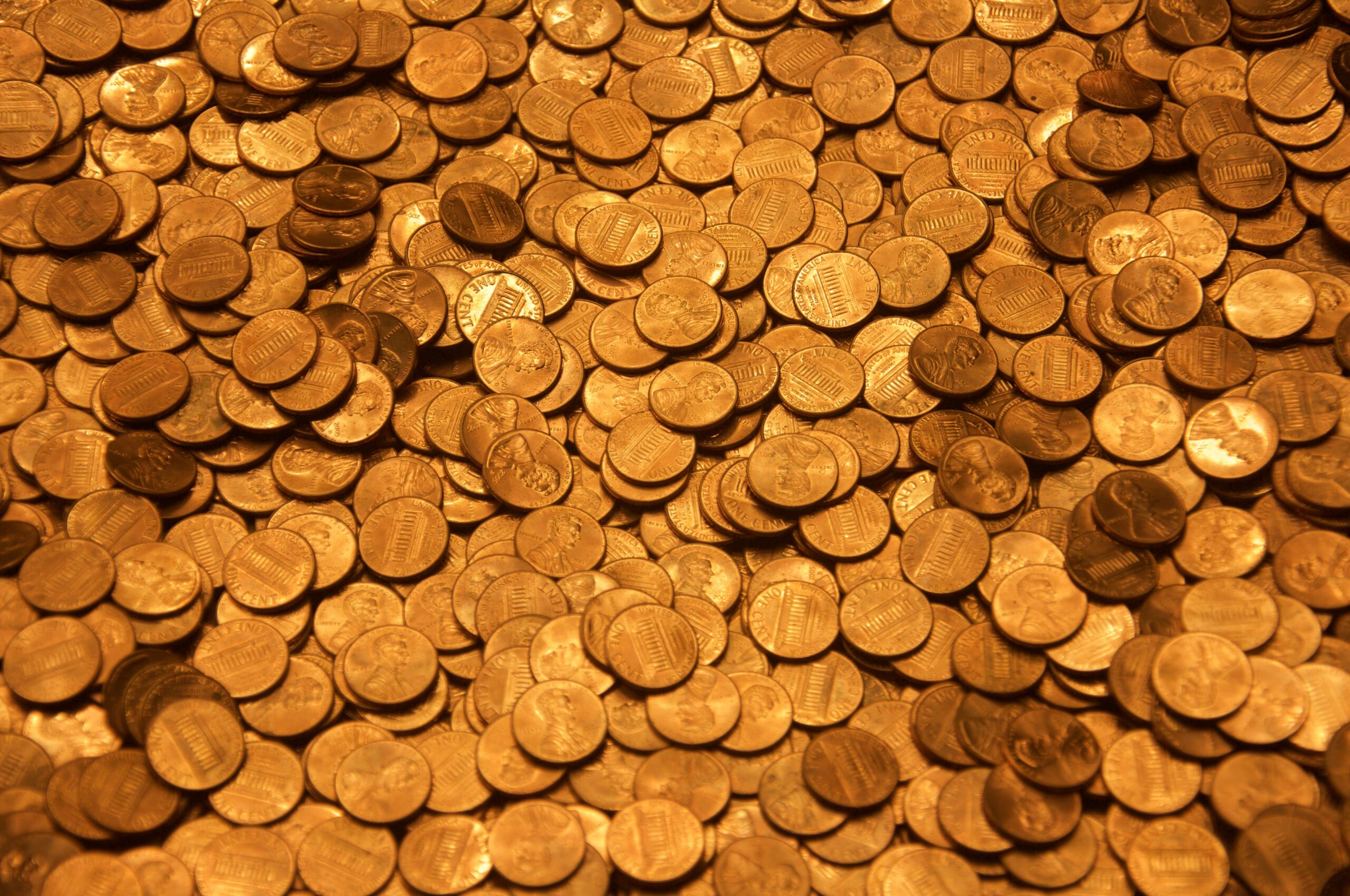 When Dmitry was little, he counted stones. He imagined they were assets, like shiny diamonds he saw on TV. He fought a lot and his victories and losses were more or less balanced. His mother shouted when she saw his torn trousers and dirty knees.

When Dmitry was a teenager, he counted coins. Back then you could actually buy something for 30 roubles or so, but he didn’t buy anything. Dmitry multiplied the value of the coins, subtracted taxes, added interest, and laughed when bankruptcy awaited him behind the corner. He hated everything his school tried to teach him, but he could see the point in numbers. Not algebra, no. Something bigger and more powerful.

He got his first job as a cleaner in a dodgy cosmetics shop. Old hags came to the place, compared lipsticks (mauve vs. cherry blossom) and hoped it would make them pretty. Years passed and he became a cashier, and then the manager, and then the owner. He counted hundreds of thousands of rubles, but he wasn’t quite satisfied. Ugly women kept passing his desk.

Dmitry had always been a good learner when it came to something he really wanted to learn. His business plan was risky, but so was a fistfight against guys 2 years older than you. He succeeded and soon the town saw a big two-story shop open in the central district, not the cheap shabby one that Dmitry inherited from the Armenian owner years ago. It was shiny, it was luxurious, it was his. Politicians’ wives and their bored daughters went to Golden Garden. Businesswomen commuting from their workplaces in the city parked in front of it and went to search for facial masks, shower gels, super volume mascara.

Dmitry read one book on marketing after another. He worked 18 hours a day, slept four. His sister called him to borrow some money but he, knowing her purpose, never replied. He smiled at the beautiful women who went along the aisles, browsing perfumes, sniffing one aroma after another, nodding in approval.

When he was 24, it was time to move on. Sergey, his general manager became his partner and was now in charge of the shop. Dmitry moved from the outskirts to the centre and started looking for a new place, an expansion. The city was so old it was painful to make business in it. Beautiful buildings were rotten and dilapidated inside. Dmitry walked on the ruined floor, touched the moldy walls and calculated numbers in his mind. The estate agent went on and on about the beauty of the view from the windows, the cathedrals and parks nearby.

“Tourists will flood this place, I’m sure,” he said.

There was a dysfunctional needle fuse factory on an island not far from the centre. It remained mostly intact by time, so the calculations Dmitry made convinced him to buy it. A few months of redecoration, and a new Golden Garden was opened. Years would pass before people realized: the industrial island was turned into a Bohemian place with buildings in Scandinavian style and hipster cafes and bars, and all this due to the opening of Dmitry’s cosmetic store. His shares were valued, his partnership sought for, his internship – a golden ticket to success.

Once Dmitry’s former teacher gave an interview to the SpeakTheTruth magazine. “I always knew he would achieve greatness,” she said. The magazine failed to get any comments from Dmitry, but a few weeks later a new product appeared:

– make your old hag of a teacher shudder –

In its commercial a teenage girl wears black eye shadows and golden lipstick. Boys like this, an old teacher crosses herself. This look was fashionable for months. Girls walked around like pandas: pale faces, black circles around their eyes. Sergey called Dmitry and laughed recounting his mother’s story. She happened to be a school teacher.

“That old spinster was seething,” he said.

As time passed Dmitry kept moving forward. His girlfriends (one after another) told him to give it a rest. They wanted to have a holiday somewhere in the South, he gave them money, and they went but were not pleased to be there without him.

“Can you stop working for a moment?”

“You need to have a break.”

And then a new girlfriend and a new story, identical to the previous one to the degree of confusing names, places, and faces, before Dmitry found a wife.

Mira was a gorgeous woman. She walked the Earth as if she owned it, head raised high, feet stable and stubborn in every movement. She walked into Golden Garden, looked around, spotted a shop assistant and requested that Dmitry Volkov be summoned to her. He wasn’t in the shop. He wasn’t even in the city. Mira left her phone number, waved into the camera hanging between the aisles, and left the shop.

She had her own vision. At their first date she revealed only a part of it, but Dmitry’s interest was piqued.

“You target only elite audience and rich adolescence. You must think broader. Remember your hometown? That is 99% of people, ordinary people, not politicians’ wives and teenage girls with no money.”

They worked in collaboration for a few years, a little more than their marriage lasted. She managed SPA salons that masqueraded as VIP places while, in fact, were targeted at middle-aged housewives, school teachers, and nurses. Dmitry supplied creams, masks, manicure kits, aroma candles, and whatnot. Golden Garden name made Mira’s reputation, as well as her subsequent marriage to Dmitry and their divorce. Headlines were basic and hackneyed. “Marina Vasiljeva, known as Mira, divorces her rich lion.”

Dmitry was 34, and he didn’t count money anymore. His accounts were scattered over different banks and countries. He looked at them, once a month, checked if Chinese economy was doing fine, transferred a few millions into gas industry, just for fun, played with crypto a bit, because why not? His sister called him to borrow some money. His secretary told her Dmitry wasn’t in.

He struggled with smoking, and threw away all his cigarettes in a futile attempt to quit. When his children grew up, he stopped struggling and gave in.

“Maybe try e-cigarettes or something?” his daughter suggested.

She rolled her eyes. She wanted to be a lawyer like her grandmother. Dmitry asked if she was going to study abroad, maybe Harvard or Yale. The girl, 15 at the time, frowned in irritation.

“We need to promote local education; otherwise the whole country will be empty.”

It wasn’t exactly clear what she meant, but she did graduate from a Russian university. Dmitry saw her in the news a lot lately, fighting for someone’s rights, emotions writhing on her face.

When Dmitry’s mother died, he didn’t attend the funeral. He sent flowers, paid for the whole process, priest and all, but didn’t show up or answer the phone. He was learning Chinese, a postgraduate with big blue eyes and nervous fingers coming to his office every Monday and Thursday. She asked him about his weekend and he told her he had been working, as always. His office manager asked once, as a joke, if he wanted to give his teacher some mascara so that her eyes were finally visible under the glasses. Dmitry told her to shut up and slammed the door.

When Dmitry was 51, he counted coffee cups. He drank about 6 of them a day and topped each one off with a cigarette. His dietician told him to count calories too and reduce fat consumption. He scoffed at the guy and called him an idiot.

Dmitry’s character was getting worse as he aged. He had huge plans, little time, and a perfectionist mind. He went on a week holiday with Mira and children once, in his late 50s and was bored to tears. His daughter kept talking about politics, his son was silent when he didn’t need to use his voice to order cocktails, his other son refused to go (Dmitry knew vaguely that he was living in Copenhagen with his husband, and he would loathe going back to Russia or spending time with his father). Mira grew sentimental as she grew old. She was still beautiful, noble features turned to the sun, away from Dmitry shouting at a waiter, away from the hustle of life.

When Dmitry turned 64, he died of a heart attack. His funeral was grand and publicised.  Mira never showed up, but Dmitry’s daughter made a short appearance on the news, saying she was sorry the industry lost such a figure as her father.

Mira bequeathed Golden Garden, but sold it shortly after. The new owner, young, ambitious, unstoppable, turned it into a monopoly on the cosmetic market. He had rich parents and an MBA from Stanford, while Dmitry was a boy from a small town who dreamed big, worked hard, and made himself into a man.

The new owner completely changed the elitist aura of Golden Garden. It wasn’t an exclusive chain of stores anymore, it was a ubiquitous giant present in every city, in every shopping mall. Old hags were comparing blushes and cheek tints, teenage girls were stealing nail polish behind the stands.

Nataliia Sova was born in a Post-Soviet country, which partly shaped her personality and gave her impetus to make the world more beautiful by creating things. Her works have been published in Russian. Since moving to the U.S., she strives to write primarily in English.

Photo by Dan Dennis on Unsplash