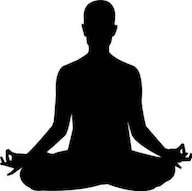 There are two types of kids. The type when they get sick their parent takes them to the doctor and they get better. Then there are kids who’d get sick and don’t know how to go to the doctor. All they know is that it probably cost money that they don’t have and their mom is a crackhead. Chris was one of those kids and I’ve known Chris for most of my life and I never saw him get sick.

We sat in the back by the big windows. Chris, Garza, Mark, Derek and me, we had a pint of cheap vodka that we poured into a water bottle. We took turns sipping it, trying not to make the vodka face. Vodka was good because it was hard to smell on your breath. We usually smoked weed before school, sometimes we’d put codeine in the joint or crushed up Xanax. I never remembered much on those days.

Mr. Minu was our resource room teacher. He was the only Asian dude I knew. He was in his thirties and was pretty good at dealing with us. Minu was in front of the class talking some shit about the earth because this was supposed to be science day. Garza would say, “The earth don’t care.” Minu giving him a look every time, we knew what we could get away with. Minu had to pick his battles. He never talked about himself. He wasn’t Japanese or Chinese. He was from Cambodia. We only knew that because he had a small red and blue flag on the wall behind his desk. The flag had a white ancient pyramid-temple on it. We asked him what the flag meant and all he did was point a thumb over his shoulder, and with no expression said: Cambodia. We all just kinda nodded, no one knowing anything about Cambodia.

The normal people who started teaching us right out of college only ever lasted a few months. They always talked about themselves, their family, where they grew up, what type of a student they were in school, how great their parents where. Some were just good people. But they couldn’t understand anything about us, like they didn’t know what the first of the month meant, or the difference between getting robbed by someone wearing a mask and someone not wearing a mask.

The only thing Minu really pushed on us was meditation. He would talk about breathing and Chi and how to breathe using your stomach and exhale and self-control. He found creative ways to sneak it into his lessons. But that’s where it stopped. He didn’t have an accent. He swore a lot, smoked cigarettes, and could kick all our asses. He wasn’t into math or technology, just the meditation.

Chris hadn’t seen his mom in a week. He called her work and they said she got fired. Sometimes she just went on benders. I was at his apartment the other day. He had a few eviction notices on the floor. He was probably going to have to stay at the youth homeless shelter at the start of next month.

He was failing every class horribly and refused to do any work and wouldn’t turn in any work.

At the end of class we were all sitting around talking. Mr. Minu called Chris up to his desk. He had some papers in his hands.

“Here, Chris, you gotta have your mom sign these. She needs to know how your grades are.”

“Yeah, sure,” said Chris, grabbing the papers and starting to turn away.

“Look, you were supposed to have these signed two weeks ago and every time I send them home with you I get nothing back. This is the last time I’m going to print these out for you. I got talked to by the principle yesterday and he said this needs to happen.”

“Yeah, I just keep forgetting to tell my mom is all,” said Chris.

“Don’t make me pin these to your shirt, Chris. That’s usually what kindergarten teachers do with little kids who keep forgetting to bring stuff home to their parents.”

“So, is that what it’s going to take for your mom to finally sign these?”

“No, you ain’t. Don’t even worry about it Mr. Minu. I’ll pin it myself.” Chris was tall and lanky. He reached over Minu’s head and snatched the heavy duty stapler off the top shelf. The kind of stapler made for stacks of paper that could also be a weapon if you really wanted it to. Minu wasn’t sure what to do, he kind of put his arms up to stop Chris, but he wasn’t sure what to stop. Chris had the papers in his hand and he pulled his shirt up, his chest all bones. He took the papers and placed them over this chest and placed the stapler over the papers. He beat on his chest like a gorilla, his body jerking, the big metal staples punching into his chest bone. He moved the stapler down and punched staples in again and again and again. The staples in his chest looking like a Frankenstein flesh zipper, blood soaking into the papers and streaming down his stomach. He put his shirt back down, blood soaking through it.

I knew what he was doing: He was stabbing that feeling in his chest. Trying to kill that feeling that is always there. Sometimes it spreads to your shoulders and arms and neck and stomach. That feeling makes you fight people in the bathroom for looking at you the wrong way. That feeling comes from not knowing if you’re going to eat dinner. The feeling comes from not being able to trust anyone. From not having a plan and not knowing where or how you’ll be. From people dying and you having to keep going because so does everything else. That feeling comes from being totally alone. Chris wasn’t feeling any pain, he was feeling relief. We all had a turn at it: Mark beat the shit out of these two brothers in class for no reason. Derek punched himself in the face and spit blood at the security guard. Garza punched out a window and then punched a brick wall, breaking his hand.

Chris slammed the stapler to the floor and it bust open, staples flying everywhere and a big metal spring going in the air.

“Fuck you!” Chris screamed, throwing his middle fingers up at Minu. “If you care so much about my fucking bitch mom then you show her the fucking papers!”

Minu was looking away from him, tightening his jaw and frowning. The class was cracking up. Chris turned and started yelling at us too, but we didn’t know what he was saying. His face was red and he just sounded like a grunting animal. He was going to start crying so he went for the door. Garza cupped his hand over his mouth, shouting, “The earth don’t care, Chris.”

Chris stopped and turned around, pointing at Garza yelling, “Fuck you Garza, you piece of shit.” Garza threw his head back, letting out a deep howl of laugher that showed all his teeth. We were all laughing and we were all dying.

Chris left the classroom and then the school.

Mr. Minu sighed, got up, walked over and pressed the red panic button on the wall by the door. He did it just to cover his own ass for filling out the incident report. Nothing was going to happen. Chris would be back in class next week because there wasn’t another school for him to go to. He’d be cool with everyone again and nobody’d say shit about what happened.

Jon Berger lives in Saginaw, Michigan. He was Anti-Heroin Chic’s featured poet for the month of October. His work has appeared or is forthcoming in Five 2 One Magazine, Jellyfish Review, Occulum, Ellipsis Zine, Faded Out, and elsewhere. He tweets @bergerbomb44.
← In the Bar Ditch
The Enforcer →