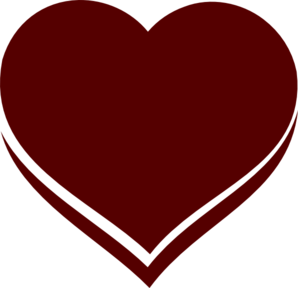 Valentine’s fell on a Saturday that year and I was off work, but I went where I worked with Gimbel anyways. Why, either went like this: we were stoned, and I wanted donut holes, and Gimbel knew some girls we could fuck later, and we went to Pick & Save for donut holes and condoms, and while there Gimbel decided on stealing the condoms instead of buying them; or Gimbel was stealing the condoms all along and I was buying the donut holes both because A: Gimbel needed a cover and B: I really wanted donut holes. How it went though I guess doesn’t really make a difference. Just know about a quarter ounce of weed was stuffed in the tiny pocket of my jeans and I was the type of high that made my body feel covered in pillows.

We paused and fist bumped on the grated slush-catcher in the cart room before splitting up. The hot air growled from the ceiling, blowdrying me, and I thought of the snowy nights when I’d charge in with a row of carts, dying for the roar of hot air to burn my cheeks alive again. I waved at the bozos stuck working on Valentine’s Day and headed off to the bakery department like I was better than any of them. Although I wasn’t. I worked earlier that day, bagging.

Saturday bagging made the day go by fast. Endless streams of groceries rolled down one, sometimes two conveyor belts at a time, and if you didn’t become the path of least resistance between the belt and the bag, if you didn’t open yourself, you would be buried. You would be backed up and you would tempt the cashier’s scorn. I kept my cool when a bitch with two carts of groceries demanded double-paper in plastic. I pounded her bread under a squash, but I kept my cool.

I read what I could of the cards people bought and pictured the sex people buying condoms would have later, using their dinner ingredients as clues. One real miserable looking guy got in my line without a card or condoms. I bagged up his normal single guy stuff, pre-packaged meat slices, frozen dinners, noodles, and said, Happy Valentine’s day! He didn’t smile back. He stared at me. Shadows flashed and he said, I want to kill myself. His response made me feel kinda shitty, so I bagged his stuff good. I even separated the items by what went in the fridge and what didn’t.

I wondered on my way to the donut holes if he killed himself yet, and if he did, how? Because when I was a kid a guy a block over woke up one morning, dressed for work, smoked a cigarette in his backyard, then shot himself in the head. All on a summer morning. I sat with my mom and watched his bagged body wheeled into the ambulance. So I was thinking about these guys killing themselves and it was bumming me out, but I was also thinking about the donut holes and how fucking delicious they would be, and how awesome having sex with some girl I hadn’t even met would be when I picked up the holes.

I checked out with Hootie. They called him Hootie because he looked like Hootie from Hootie and the Blowfish. We shot the shit a little, and he wished his night could be as cool as mine. I saw Gimbel in my peripheral, making for the exit, and kept Hootie talking. “What did you do last night?”

“Man, last night I had to shit so bad I didn’t even take my shirt off.”

“You didn’t take your shirt off?” I didn’t know what that even meant.

“You take your shirt off when you poop?”

I couldn’t wait to tell Gimbel about Hootie shitting with his shirt off. Hootie though was done with the conversation and peering over my shoulder.

“Isn’t that your friend?”

It was Gimbel. His face pressed into the cart room’s slush grill, some other guy’s knee on the back of his neck.

After they folded Gimbel into the squad I said, “I didn’t even know we had secret shoppers.”

“Yeah, you gotta be real special to steal from here.”

I thought about throwing my weed in the garbage— before I got pulled into the office too, but instead I asked Hootie to take it.

“I can’t promise you’ll get it back.”

And right after he put the weed in his pocket one of the dicks in charge, the one without the goatee, had me follow him to where the one with the goatee waited. They took me back in the office and I emptied my pockets out on the manager desk.

They looked at each other then back at me.

I was a little shocked. They must’ve really needed help because I don’t know why else they would’ve kept me around. I snatched my donut holes and sped out the doors.

The Valentine’s night frosted so cold the light from the street lamps glowed wet. Gimbel’s car sat locked in the parking lot. I walked and walked and walked— over two miles home. My ears froze until they burned. I wandered onto my block frozen and unexpected because I told my parents I would be home much later. Behind the big front door of my house a warm bubble of air waited like an empty stomach. My dad slept in his recliner until I shut the door behind me. He saw me like a dream vision. Unmoving his head, but blinking his eyes behind his crooked glasses. He didn’t know me, but smiled. “Donut holes,” he said. Then he slipped back asleep. That moment made the whole failure of the night worthwhile. Joy bent his voice into happiness, and for the first time it was because of me.

Scott is a writer living in Milwaukee, Wisconsin. He has an MFA from Lesley University and teaches at Milwaukee Area Technical College. Scott has received honorable mention in Glimmer Train's new writer contest. Bull is the first publication to feature his work.
← Angel
A Convenient Funeral →