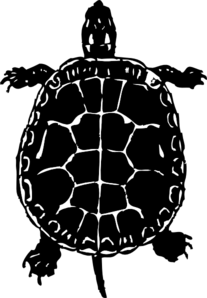 He never liked his first name: it rhymed with yawn. Sean feared people would attach him to boredom, subconsciously. The mystery of their contagiousness was the only part he could get behind. Sean would be in mouths tonight, big news jolting them awake. Par for his very not-boring course. After a bit of time passed, though, it’d play like a one hit wonder—not on the radio, but in the frequency of folk that lived nearby. Sean guessed a solid two, three months before they’d shut up about it, overplaying him. Then, years from now, they’d pair off in screaming matches about not listening, communication, love. But really it was about him. Would they break beer bottles across the wall—over him? Sean sure hoped so. He liked love.

Sean thumbed the waistband of suicide for years now, though only fifteen, but today was different—perfect! The sky set to sleet. Of course, all of them played with the idea, in the salons of global media, unfinished basements, an idea gulping the smoke and precum and vodka-filled water bottles. What fun: Who could pull the trigger? The question was a leather-studded belt and one that Jesse cried at if she was too drunk. Sean would be king of his intelligentsia for going through with it. Plus, he’d be doing her a favor—she could milk her angst for another decade if she played her dead boyfriend card right. He’d kill for a dead girlfriend! He was feeling cool—he’d give this to her. His buddies all thought Jesse was hot. Sean said it to himself again, he felt fucking cool.

His house wasn’t a suitable place for insides on the outside, so he drove well out of its range. After about an hour west on a small intrastate, the blue-grey finally loosened its weight, hid what time it might be. In the distance, rain swilled itself like flecks of crows spiraling about, scared shitless of some godling clearing the cancer in its throat.
Pulled over on the shoulder, the mountains looked their normal black size as he turned the car off. Sean expected they might seem larger, daunting. The engine tickings could still be heard over the current drenching. A sense of comfort triggered the thought of watching Jeopardy with Grandma. Landscapes for 400 … What is a valley of darkness? The plinking roof of his Hyundai soothed him, loud like the stink of her lavender ashtray. He never wanted to learn too much, anyhow. Like, why does it matter how much Dad spent on this piece of shit anyway? At least it had tints. Sean missed Grandma’s funeral because he’d been planning Destiny for months. As Grandma was wheeling down the crematory hallway, Sean and Jesse were fumbling their keycard at Seabreeze Inn. Grandma’s hair smoked in the retort’s square fire; Jesse threw up the candied blues of Boone’s Farm into Sean’s naked lap. Of course, he didn’t know this was how life worked: so simultaneously. He stood by himself. I never want to learn too much.

A pang of inexplicable guilt prickled the back of his neck. He got back on the road, but still headed west. After another twenty minutes, a sunny break ahead—flickering light shot the windows, seizures of the trees abreast. The sky’s light hurried, no time for waste, painting itself whatever color it wanted. Orangey. Blank paper waited on the dash—just a dollar store notebook, purple cover—anywhere was good now in this weather. He parked on the bright shallow shoulder on a curve. A lopsided trashcan up ahead drooled its little beard of snow. His backseat was littered with CDs—kind-of embarrassing—Sean considered tossing them. It was kind of douchey listening to Postal Service in secret as much as he did, but Jesse could be such a bitch. Surely the paramedics would comment.

An upside was his brother being in town for Thanksgiving wouldn’t have to make two trips. He did, after all, live way out in Creede. Gas prices were talked about often as the weather of adulthood. Sean thought of his stepdad’s work-friend Tammy and how he cried at her funeral having only met her once. She killed herself because credit card debt. Plastic, steel, paper—Sean knew it was real. The world could play tricks on folks, a real wiseguy. His would be better than hers; philosophy trumps money.

An orange flash of cat banged from behind the tin trashcan. It was so fast, though, that it could’ve been anything, ambiguous. Some train whistle from a distant slope offered the noise of encouragement, like affirmations at his freshman retreat. “Not too much further now, boys,” prodded the counselor on one hike. A chunk of his hair was white because he had been struck by lightning once. But the guy was super lame—even with that story. Sean grabbed Dad’s cheap Mossberg from the backseat. Today, Sean could pull the trigger, figure out the real outer space, and know what happens next. Ultimately, there wasn’t much to worry about.

Sean’s concocted theory of the afterlife was positively stylized and self-rewarding. It goes like this: Opposite the Big Bang is the Big Crunch—the inevitable collapsing of the universe on itself. Likely, another Bang happens directly after, so over and over the universe breathes life in and out. Since the human mind is the only thing comprehending time, once dead, the spirit fast-forwards to the crunch and begins fresh. You will come back as a turtle, a beer mug, a notecard, a fleck of white paint, infinite, etc. In this way, we get to be everything ever. We will be Banging and Crunching and re-Banging into oblivion. This is called heaven.

Like teenage confidence, a salty filth semi-circled the windshield—remnants of wet scree, sudden heat, natural causes. He tried to remember if Tammy was good-looking, like, would he have fucked her. From what Sean got from his theory, he totally would regardless.

Henry Goldkamp has lived in major cities along the Mississippi River his entire life. Recent work appears in Mudfish, Hoot, Blood Orange Review, b(OINK), Sierra Nevada Review, Pretty Owl, Permafrost, and others. His public art projects have been covered by Time and NPR.
← Because of Me
Landmine →