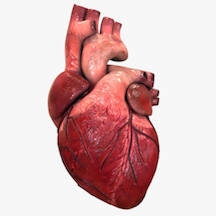 I have this habit of thinking strangers are in love with me. In the time it takes to figure out they aren’t, I catch myself projecting entire lives together. When I visited my bank for the first time in months, the banker, a Polish woman, said that she’d been waiting for me. “And I’ve been waiting for you,” I wanted to say, fancying us back in her home country, eating borscht. We would take cooking classes and wind up coated in white, both grabbing for the bag of flour at the same time. The banker would one day try my borscht and say, “It’s not the worst I’ve ever had.” But then she handed me a stack of forms and a pen and said, “We need you to agree to our new overdraft policy.”

I tend to pick out a single trait and craft my love around it, like a skylit home built around a sapling; it grows and grows until one day a solid oak pierces the rooftop. There was one woman I loved who fed all her leftovers to a stray cat. I once watched her feed bright pink scraps of salmon to that cat, sitting on the picnic table in my backyard. We had been dating for less than a month. I settled on her compassion then, this is what I can love, what I can worship. She cared for every last living creature, to a fault even. Since her mistakes were rooted in love, they were easier to atone for. “It’s okay,” I said to myself. “Her problem is she loves too much.” And until the blistering summer day she left me for a bearded ice cream man, I truly believed that. “I have to follow my heart,” she said before she climbed through the sliding price window, the white snowconed truck easing into motion. When the ice cream man saw me in the rearview, he slowed, waiting for me to get close, and then sped off in a burst, my girl waving goodbye, and him blaring that jingle louder, a trail of silver Klondike wrappers in their wake.

Love has the tendency to consume me and turn me into somebody I’m not, and quick. At times, I suspect it’s because I went without as a child. The first time I remember being hugged was an end-of-year field trip to Busch Gardens in 7th grade. Her name was Chelsea and her parents gave me a ride. At my house, Chelsea hugged me from behind her seatbelt. That was all I needed to spend the summer obsessing. I refreshed her anarchist myspace page to hear her profile song, “California Über Alles,” on repeat. I gave myself a stick and poke Nirvana smiley face on my stomach so I could look down and always see somebody smiling. I bleached my hair blonde. Some women I have said I loved, like Chelsea, I never truly did. Truth can be sculpted out of repetition, I have learned.

I eat too fast and sometimes I forget to chew. This is how I am with all things, and if I could appreciate every moment within its own context, eat a meal in silence, cry during a ballet, something like that, maybe I could fix how I love: rapidly. When my grandfather’s heart developed an irregular beat, the doctors went in and shocked him until they found a more stable rhythm. That would work on me, I know it. I once read that we experience our lives in 33 frames per second, so if I could recalibrate somewhere below there, where the exact nature of each moment was laid out like a flip book, I might know where I went wrong.

Gage Saylor is a writer, editor, actor, and musician from Charleston, South Carolina. He is currently pursuing his M.F.A.in Fiction at McNeese State University. He received his M.A.in English in the spring of this year. Gage is also the Fiction Editor for the most recent issue of The McNeese Review. He was featured on the first season of the Emmy-winning children’s TV series The Inspectors, broadcast on CBS.