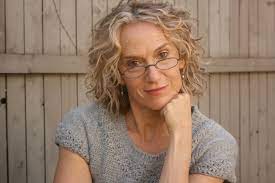 As you might’ve heard, Jonathan Franzen’s back at it with his latest novel about suburban angst and ennui.

Sure, Dawg Towne is all that suburban angst and ennui, but it’s also got a beating heart.

Kaltman manages to pull off that most difficult literary feat: she writes unflinchingly about largely unlikeable characters but with an eye for the tiny moments that might make them redeemable (and more importantly, human).

It is no wonder that Kaltman’s day job is marriage counseling. She knows these characters at their best and worst while withholding judgement.

Told from the perspective of six different characters (as well as several vignettes narrated by Towne itself), Kaltman’s novel is a juggling act making each section—each character’s arc—stand alone, but also weaved together seamlessly in a way that makes us keep reading to see how Kaltman will bring all these lives together.

Extensively about a small suburban town called Towne, Kaltman’s novel is a treatise on the existential crises of the inconsequential.

There’s the broke-down celebrity having moved out of Hollywood looking for redemption in a homely middle-aged divorcee—the complete opposite of the barbie doll sexpots he usually hooks up with.

Meanwhile there’s said homely middle-aged divorcee who uses sex with said broke-down celebrity to get the job redecorating his house.

Meanwhile, meanwhile, there’s the kid of said middle-aged divorcee who is trying to figure out if he’s gay or straight, male or female but is for certain that neither of his parents gets it or gets him.

Dawg Towne is about the shame, guilt, depression, humor, humiliation, and frustration of living every tedious day under the confines of Every Suburb, USA.

Oh, and by the way, Kaltman writes the shit out of these characters.

Imagine Franzen at his best, but then imagine he’s not a complete dick, and that’s Kaltman.

With Dawg Towne, she proves that even largely irredeemable people can be redeemed under the right circumstances and from the right point of view, which is something that we all need these days in these times.

BKD: So you’ve spoken about your background in professional dancing before, but I was wondering how you would compare the feelings you get from writing versus dancing?

I spent most of my youth playing basketball 24/7 and wanting to do nothing else but play basketball. My playing days long gone, I find that it’s taken me a very long time to come to terms with the idea that writing can be emotionally fulfilling—even addictive at times—but it’s never quite the same as making that shot or winning the game.

AK: First off, I can’t tell you how much I love this question. I think about the similarities between choreography and writing all the time. One of the things I’m most drawn to in other people’s work is the innate rhythm of their passages. I want each sentence to do its own little jig. I want each paragraph to be a tango. Plot and character and flow need to be there too, but for me, it don’t mean a thing if it ain’t got that swing. It’s what I strive for in my own work. Cobbling together steps, cobbling together words.

I totally relate to what you’re saying about not getting the same charge from writing as from playing basketball. I think any writer who’s had or has a deeply engrossing physical life via sports or performing arts would agree. That instant connection with an audience or teammates, the mind-body connection, the endorphins, the oneness. There’s nothing like it. But so ephemeral, yeah? Writing is much more of a slog. An engrossing and deeply meaningful pursuit with lasting impact, but still, a slog.

BKD: So no shade to cat owners here (and I grew up with cats along with dogs), but it seems to me that dogs tend to end up in literary fiction much more than cats.

AK: Another question I love. And no shade thrown here either, but as sexy and furry and graceful as they can be, I see most cats as cool observers lurking on the periphery, watching us flawed and stupid humans. If they could use their paws effectively on a keyboard, we would be characters in their tell-all memoirs and scathing novels. I’ve met many a cat I’ve admired, even loved, but fuck if I know what they’ve really thought of me.

If cats are our judges, dogs are our accomplices. Dogs are more transparent in their emotional states, and so human-focused. Impulse driven, goofy, slobbering fools. Cuddly little weirdos. Growling, scary beasts—when often really just scared themselves. Can you tell I love dogs? Even if we don’t really know exactly what they’re feeling, we get the gist. They need us and we need them, which makes them super interesting subjects for our fiction.

BKD: I first got to know DT through your short story “Stages of Man,” which is included as part of the novel. I love the way you work with vignettes throughout DT, how each section can really stand on its own but also each section builds upon and plays on the implications of the previous.

I know that in the past you’ve spoken about outlining your books and stories before you write them, but with this one you kind of just went with it.

What was this process like for you? Is it something that will change the way you write in the future?

AK: Writing DT was a most unusual experience. Probably not one I’ll repeat. I had no idea where I was going. All I had was the concept: “What would happen if all these characters, some of whom have appeared in previous stories and with whom I’m not quite done with, all lived in the same town and suddenly lost their dogs?” I kept writing each character forward in short sections, with no outline or real end in sight, braiding their storylines like six strands of endless thread, never knowing when I’d finally cut and knot the whole lot. It was not a time-efficient way to write a book. If I ever write another novel, I’m going back to outlining. Give me a road map. Beginning, middle and end, please; even if I decide to change routes along the way.

BKD: One of the things I love most about your writing in general, but especially with DT is how you manage to write about very flawed, often unlikeable characters (at least on the surface) while still managing to maintain a true heart and optimism for redemption.

As someone who writes pretty dark stories that don’t offer much redemption, I was wondering how you manage the balance of “earned” redemption versus letting your characters off easy?

AK: I guess it is easy for me to find redemption in even the most cracked and damaged souls because of my work as a therapist. I’m trained to believe that behind even the most heinous behavior is some kind of reason or misguided impulse, usually born out of abuse and despair. But I’m no saint. I find many people totally infuriating, ugly, stupid… you name it.

When it comes to fictional characters, writing and reading about one dimensional do-gooders or demons is not interesting to me. I need my do-gooders to have seedy underbellies and the demons to have hidden halos. And I never use my patients’ stories. Not even little details, as tempting as it can sometimes be.

BKD: Was there a conscious effort with DT to get away from water and your surfer roots?

And of course, you’ve worn many hats in your professional and personal life as well.

When you are done with a project, are you actively looking for a new project that is a departure from the previous?

AK: I definitely move towards complete departure after finishing a project. I can barely look at a manuscript once I’ve finished writing it, gone through the editorial process with an editor, then reviewed proofs of the final version. I mean, enough already! I never read my books in book form once they’re out in the world. Is that weird? I think it is probably weird.

The positive spin on this impulse is that I like a literary challenge, or that I want to stretch my skills as a writer. But probably the more honest take on it is that I am an impatient, restless creature at heart. I need change. To stay in the same modality reeks of boredom to me. My trajectory has gone all over the map. Next up I might work on a graphic memoir thingie. The idea is exciting to me, so that’s probably where I’ll go. It might suck, but it will be fun.

Alice Kaltman is the author of the story collection STAGGERWING, and the kidlit novels WAVEHOUSE and THE TANTALIZING TALE OF GRACE MINNAUGH. Her new novel, DAWG TOWNE was published in June 2021 from word west press. You can read her stories in journals like Lost Balloon, The Pinch, Joyland, Hobart and BULL, and in numerous anthologies. You can hear her read her stories at Micro Podcasts, Elevator Stories, and The Other Stories. She splis her time between Brooklyn and Montauk, NY. where she lives with her husband the sculptor Daniel Wiener and their dog Ollie.