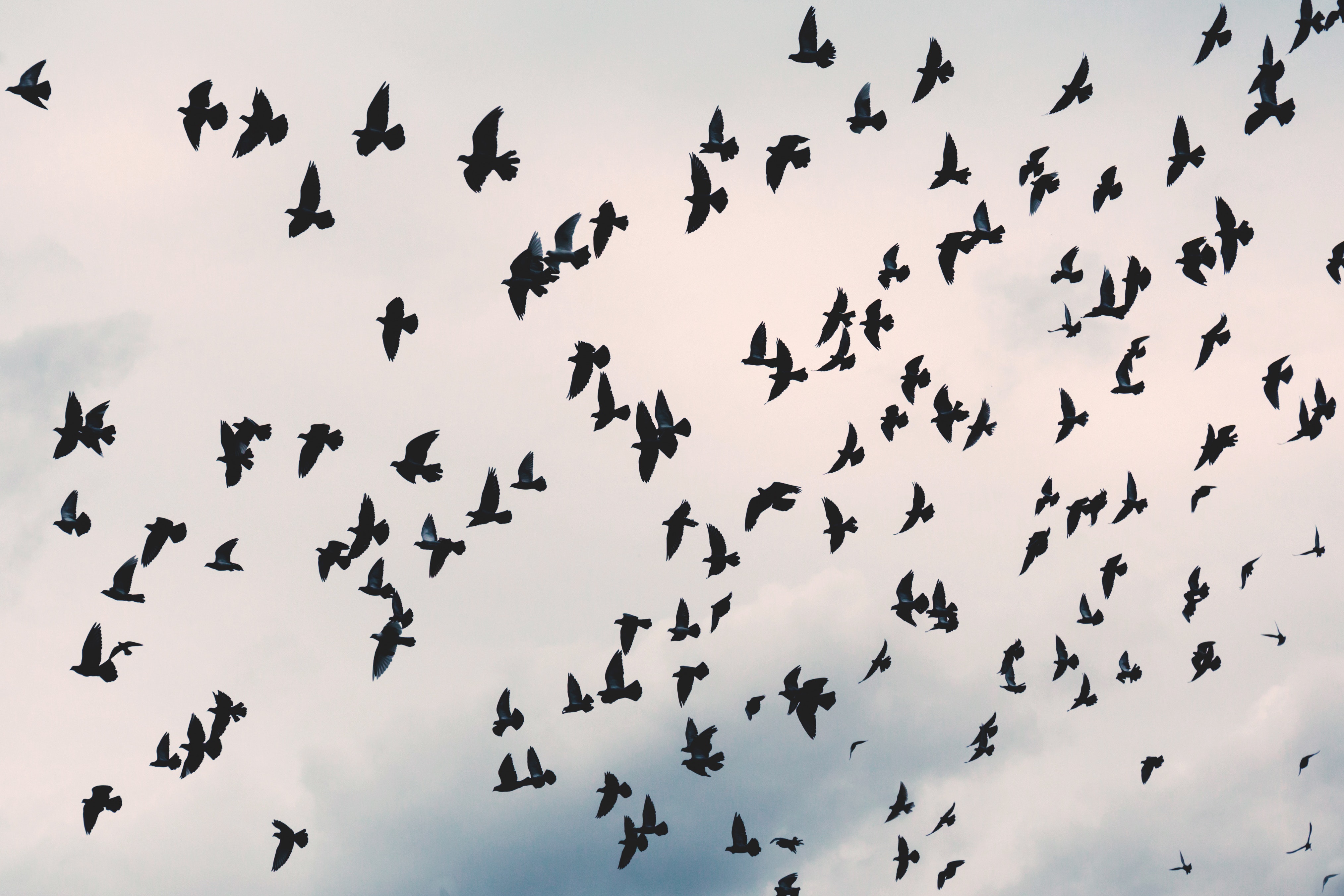 THE MEN IN MY NEIGHBORHOOD

My father is the one who walks me across the street today, his hand big and soft, like a worn catcher’s mitt. Early morning the cement is frozen, icy beneath my sandaled feet. Inside, my friend is with her brother’s friends.  My friend stands apart, twisting her silky ponytail round and round her finger, leaning against the back of the couch in the living room. Her dad is there, and he is telling the boys they can try it on if they want. There is a helmet on the couch. One boy tries it on, his head toppling forward from the weight. The boys run their fingers over the yellow uniform that smells of smoke and melted plastic, and my stomach curdles from the memory I thought I could successfully forget.

Her dad sees us and flashes a grin, says, don’t be shy. You girls can come over here too, but luckily my friend rolls her eyes and we go into her room to try on her mom’s nail polish and giggle at the tampons she keeps in a drawer in the bathroom.

I do not tell her it was a different month then, May instead of October and the door to the house was closed, and I was too afraid to ring the bell or open the door a crack and slip inside. Instead, I stood there, staring, hoping someone would see me.

Behind me, I could see the firemen and policemen with their rippling muscles, lounging and leaning against someone’s truck, sweating and wiping their faces in the heat. They guzzled their beers and paused to joke about bullet wounds, how boring it is that there is so much blood to clean. One of the firemen described a man screaming, how his skin was charred like a piece of bread left in the toaster too long, and I did not understand how they could laugh about what they had seen.

Then one of the men set his beer on the ground and hopped from the bed of the truck. It was my friend’s father and I could not tell if he was mad, but I desperately wanted to go home, and I wished in that moment that I was deaf, anything to erase the words that I had heard.

One of the policeman was smiling too much, his teeth bright white. He showed me his badge, and said, isn’t it shiny? Then my friend’s father said the door to the house wasn’t locked, and when I didn’t move, he opened the door and gently pushed me into the house. I watched from the screen as my friend’s father picked up his beer from the ground and jogged back to his friends.

One murmured something, and my friend’s father said, shit, we’ve ruined that kid for life. They laughed grimly and looked at their beers, condensation dripping off the bottles in the heat, or looked at the toes of their sneakers, but they did not look back at the house where my face was pressed against the dusty screen.

Years later, I will see a crow funeral in an empty parking lot at 6 a.m., the dead crow lying on its side next to a soda can, the crows crowded around it like mourners, paying their respects, heads bowed. I will realize that was how the men stood too, after I left, beers limp in their hands, eyes downcast, as if they were remembering moments they wished they had not seen.

THE METH HEAD WITH THE BOUTONNIERE

He remembers the acid, melting his skin like a slice of cheese left on the griddle. The smell of hair burning. He remembers the hospital, his ex-girlfriend leering at his singed-off eyebrows, her bottom lip sprouting a cold sore. She was too busy trying to shove a binky in the mouth of the baby strapped to her chest to notice that her nipple was popping out of her shirt and he was too tired to tell her. And he remembers that today is his brother Rob’s birthday.

He’s on the trolley headed nowhere, just trying to keep his head down, trying to stay out of trouble. No socks or jacket, but at least he has on pants and a shirt. The shoes he’s wearing are a size too small. He stole them from a man at a homeless shelter, knocked out his teeth.

His hair is greasy and snarled, tight with knots. He’ll have to find a knife or a sharp piece of glass to cut it. He forgets he’s getting old. Sometimes instead of taking a piss in the bushes outside a MacDonald’s, he’ll go inside instead, wash his face quickly, glance in the grimy mirror. He never recognizes himself anymore. Since the accident, he has to force himself to keep his eyes open. It’s both disorienting and comforting to see the world through little slits. It’s like looking through a magnifying glass or the wrong end of a kaleidoscope. Everything is both smaller and closer than it’s supposed to be.

On the trolley, everyone avoids him, stands far away. The clothes he’s wearing smell like they came from a blown-up meth lab, because they did. The hospital staff sealed them up in one of those zippered plastic bags. He doesn’t know who found him, why they didn’t just let him die.

Seats begin to fill up. People avert their eyes when they see him, so it’s easy to watch them instead. Pieces of images. A young man with an acne scarred mouth. Restless hands. Tapping, tapping. His head bobbing to music only he can hear. He reminds him of Rob. When he was 13 and his brother Rob was 10, Rob got in a fist fight. Instead of helping him, he slunk away and waited at the house for him to return, then wordlessly handed him a package of frozen peas as Rob came stumbling through the door.

A motherly woman wearing a pantsuit sits down. A gray parrot peeks out of the inside of a turquoise purse balanced on her lap. To the right of him, he sees prostitutes wearing spandex and cheap jewelry, mouths wet and painted, legs stick thin.

He sees a little girl’s lacy socks, the cellophane wrapping covering her purple lollipop, and a woman next to her with hair dyed the color of a sunset. The girl with the socks—he wonders how old she is. There was a bad stretch when he bought two six packs of beer and drank as much as he could, camped out in a porta potty on an elementary school. Drowning in sticky puddles of beer and urine. A little girl opening the door, her scared, pinched face as he yelled at her, get out you motherfucker, get out. And to a girl who was probably only ten.

When he was in the hospital, he thought a lot about the things he used to take for granted, the things he now misses. Holding hands with his mother while his father said grace, his mother pinching his arm if he tried to peek, his sister giggling, Rob looking down with intense concentration at his plate, his father cuffing him on the side of the head if he looked before grace was over. The baby blue tablecloth with little yellow flowers, the chipped white plates. A meal of collard greens and sweet potatoes and thick brown bread and a quiche or a broccoli casserole.

His mother was a godly believer. When he was a little boy, nestled in her lap, her hands warm and soft around him, she’d tell him stories about wrong choices, how before she met his father a man with a forked tongue and one eye came to her. he was a man, she said, her mama had warned her never to follow. To cleanse the sins from her, she’d scrub her hands raw/ until they bled. Through sacrifice and pain, she said, comes absolution. In that moment, his delicate mother seemed fierce, a stranger.

She was overjoyed after his brother said he’d found God. Two months of sobriety and then an overdose. A voice in his head told him that someone else needed the gift of sight more than he did.  In the article online, they said a man in his 30s was found crouched on the shoulder of the highway, cradling his eyes in his hands. When he was finally taken to the hospital, covered in blood and murmuring incoherently, they told him that they had no choice: they would have to remove his eyes. He would remain permanently blind.

He picks up a greasy newspaper from off the of the floor, tries to read the blurry letters, then realizes the newspaper is upside down. He puts it back where he found it. The trolley fills. Someone sits across from him. A girl. 14? 16? No, 18. A girl with the body of a woman and a baby doll face. He imagines the sharp sting filling her nostrils, her foot sliding away.

The girl nervously taps the buttons on her phone, her eyes scanning the screen. Her nose starts bleeding. His little sister used to do that all the time whenever the weather got too hot.

The girl leans over, showing the tiniest hint of cleavage and unzips her book bag, searching. Contents from the bag spilled out: school notes and tampons, library books and highlighters. Her cellphone skids across the floor toward him. He’s bracing his hand on his bad leg, the one that won’t bend right, ready to help her, but she picks up all her items before he can.

He remembers he has a cheap paper napkin folded in the front pocket of his shirt taken from Wendy’s. He doesn’t even remember why he grabbed it. Now he thinks it probably looks ridiculous: a meth head with a boutonniere. He moves slowly, so as not to scare her and takes it delicately from his pocket, using only the tips of his fingers.

She wipes her face with the back of her hand then, pinches the bridge of her nose.

He holds the napkin out to her like it’s a baby bird, says, it’s clean. But he forgot his vocal cords were damaged during the accident. It comes out nonsensical, a growl.

He sets it down lightly like a feather on the knee of her jeans.

She’s startled, doesn’t say anything. Then she smiles, a real smile at him.

A small tear slides down one eye, stinging his ruined face. He’s thinking about how he found Rob in some old lady’s house, the soap dispenser shattered on the bathroom floor. Pinching Rob’s nose, saturating pastel pink monogrammed towels, the bath tub filling with blood.  Supporting his brother’s head and then realizing a moment too late that the damage had already been done.

Candace Hartsuyker is a second-year fiction student in McNeese State University’s MFA Program. She has been published in Gravel and elsewhere.

← Maybe For Derek
How We Got Here →