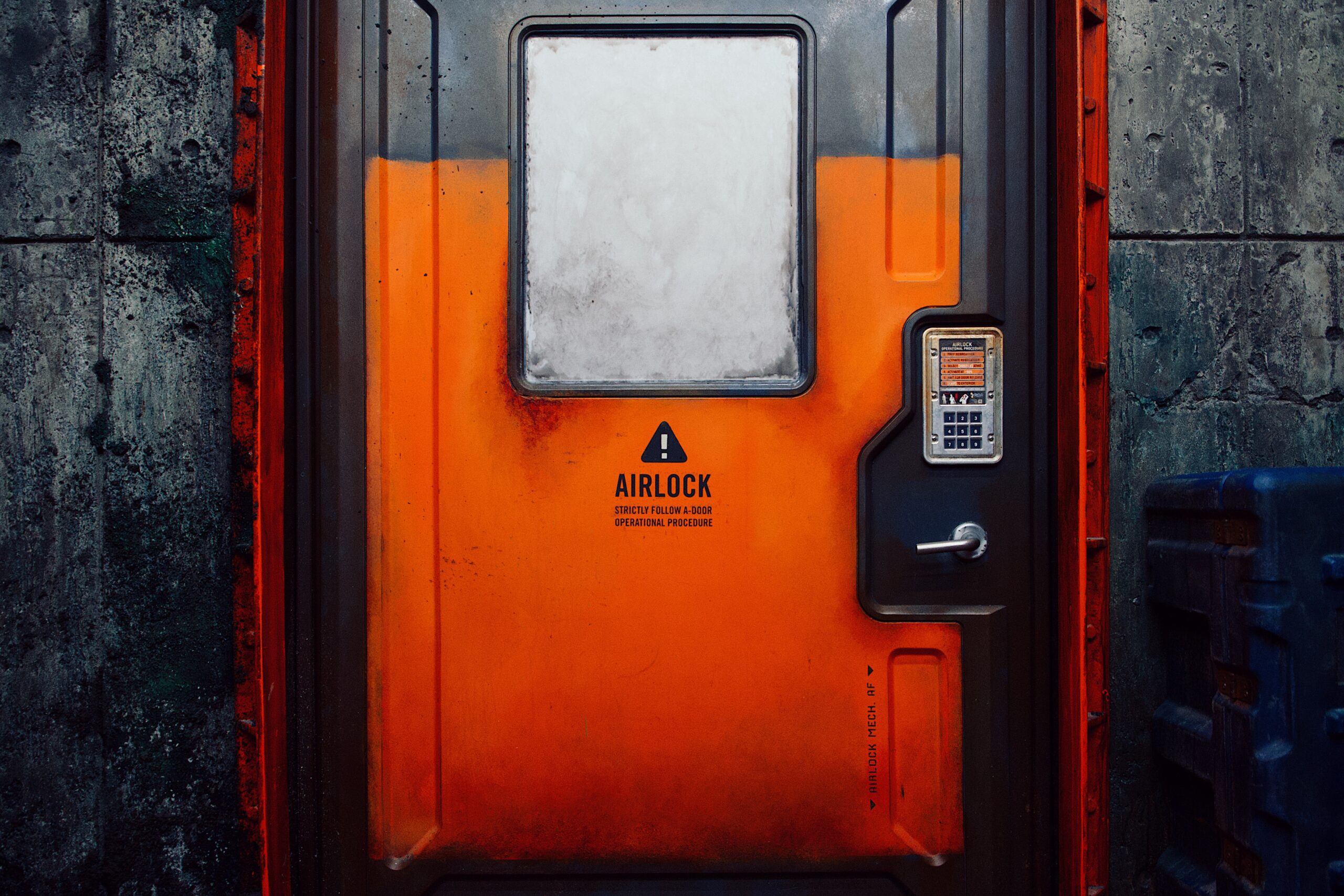 The morning after the end was supposed to happen, I woke up in the bunker I made for us. On the surface cameras there was still nothing. Just the woods and the wind and everything going along as it always had. I looked around me then and I thought: you were right.

I still had those Christmas lights up along the ceiling, the multicolored ones that I would make blink on and off in hopes of cheering you up. Some of the tape had fallen off and so in parts they hung in great sagging arcs almost to the floor. They reminded me of the sigh you made when I first hung them up. You said that’s honestly not much of an improvement and though I said, why do you have to have such a bad attitude, I get what you meant now. There’s no dressing up those clammy, windowless walls.

Did it hurt your eyes when you finally came out of the ground, on the day that you left me? After I got back from foraging and saw the trap door open and you gone, I didn’t go back up again. But then, it didn’t happen, and so I gave it a try. The sun was so bright and everything went white and pink for a while. When I could see again, I looked down and there was the grass, greener than it had ever been, and I wondered how you were doing. Among the green, there were flowers, white and yellow and waving. How could I have ever given up on something so beautiful?

Sometimes they kill the starter wife—me, I dodged a bullet. Literally: I moved two inches to the left and zzzt—it missed the face. That bullet is probably still in the floor somewhere, if you were to find the house and check.  “That’s why I married you,” he laughed, coming forward to hold my cheeks and kiss me. The gun was still hot in his hands.

I left that night, but in two weeks I was back. Reset: now I was wife number two. Less vulnerable to murder but still soft enough for other things to cut. Soon I had a whole new skin. Wife number three. And then you came along. Both of us were born that night. Number four. I think he hated her the most. She only had eyes for you.

You go along to get along, child, until you’re washed up and forgotten, left to chain-smoke and day-drink in a polyester robe, a ghost of a woman—wife number five. By then he’ll become shrunken, softer, ready for a nap. “I always remember him as such a sweet old man,” the grandchildren will say; you can let them have this one.

Men like him get a fresh wife over and over; meanwhile, he’s still the man with the gun, only too tired to bother picking it up again. But women like us, we grind our teeth and bide our time. If we’re lucky, we’re the final wife, standing on his grave. Drape us in widow’s black and we have form again. We’d haunt him, but we’ve already given him enough of our time.

Caelyn Cobb's writing has appeared in or is forthcoming from Words & Sports Quarterly, X-R-A-Y, Passages North, and elsewhere. She lives in Queens, NY. You can find her online at www.caelyncobb.com.

Photo by Brian McGowan on Unsplash