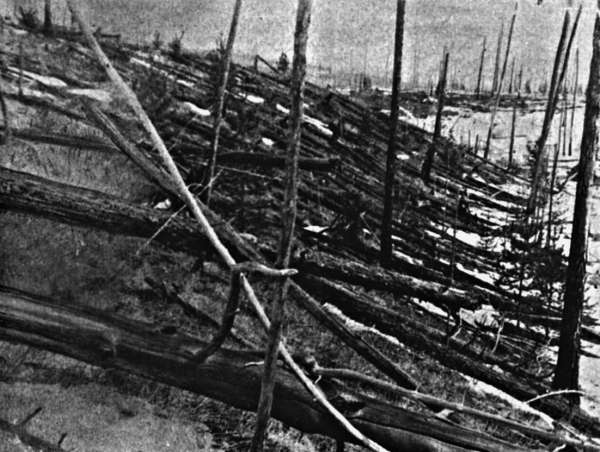 Marcus Whaley took to photographing the fallen trees. Close-ups and from a distance. Prints piled on his mantelpiece, on the desk beside his single bed.

He did this at first in the mornings before he clocked on. Standing on the drying pinecones, the needles, and the leaves of other, smaller trees. Looking down at the debris left from yesterday’s work, the trunks not yet cut, but piled into pyramids and left on open dirt to cure and dry.

He started with one of those old square format cameras, held down near his waist with the viewfinder open on top like a laundry chute. He’d take his one or two pictures, wrap the camera loosely in a rag and put it away in his big steel lunchbox. It would stay there, beside his red and green chequered thermos, until he clocked off and until the other loggers went either homewards or to the bar just down the way. Marcus was an I’ll meet you later kind of guy; he’d stay and take another couple shots. Catch the sap congealing on the stumps of trees that had been the last to tumble. Maybe snap one, two of a ruined birds nest tilted on its side and on the ground. Snap the shutter with a mournful press, somehow tender under all the calluses.

The shots would keep him awake for nearly an hour after his head hit the pillow. Awake and contemplating how his pictures would turn out, how the felled trees would translate into black and white. He may have spent a given day up in the arms of high branches, or straddling the root-strewn feet as he sawed; may have been aching and carrying a weary tingling in his muscles and his head from never quite taking on enough water. But he would always, those first few months, lie there and consider and imagine and put off his sleep.

At the end of each week, and before Friday night’s drinking, he would head to the drugstore in town where the man would develop the film he delivered in little black tubes. And each Saturday morning he’d walk over again to see that man, squinting because those Saturdays were always too bright, and collect his envelope full of prints.

He’d spend the rest of the weekend looking over the results, marveling quietly at the way one or two of the photos looked as if they’d be at home in a newsstand magazine. Then he’d go to Mae’s Diner to eat, come home at seven and sleep like the dead.

Three, four, five months this went on, this pattern of living. By that fifth month his photographs were getting more adept technically, were looking more and more like magazine-cover fare. But the extra hour that he had to wake up every weekday morning, the extra hour he stayed on site at each day’s end, it started to eat at him, like termites in his frame.

It happened without his noticing at first, the way such infestations always took a hold, but then he did notice and the thoughts he didn’t want came in. Thoughts of how this was just a hobby and that word—hobby—like a child’s game, like stamp collecting or doing tricks on a bike, that word took chunks from his legs and he felt nervous and unsteady every time he unwrapped his camera from the rag. He didn’t want it to be a hobby, didn’t want to think that he was thinking about it all that much. He didn’t want that one thing he enjoyed to be seen the same way as part-time things that other people did.

You were a team on site, he knew. You were a team and that meant you were one and the same. Not outside, though. Not off-site. You were a man on your own and you needed to have a passion that made your mind a different thing to any other.

So he hung on, after those first months. He carried on spending just a little bit too much of his wages on film, and carried on getting up an hour early for as long as he could.

The quality dipped; the photos were not the same. The noise, the industry of the site when it was crowded, it grated on his nerves and screwed his focus. Each new picture looked like the picture before. Nights he still lay awake, only he now lay awake with worry. Thoughts like I’m burnt out, I’ve wasted whatever it was I had, they found him and he was easy prey.

His back got worse. He took sick days, after a nineteen-month stretch of going without. The foreman began calling him over for little chats. Gave him his first formal warning and sent him home for the rest of the week—this was a Wednesday—for misjudging the direction of a fall and wrecking a pile of logs stacked and ready for collection.

Marcus Whaley went days without photographing anything at all. He felt slipping the desire to take any more. Yet, back at work, he found himself watching the actual process of collapse, really watching it, more closely than he ever had before. The warning he’d been given made him all the more diligent, more anxious to avoid any further errors. And through this renewed attention to his job, he found a fresh focus.

He wasn’t foolish in any way, and  never would have tried this with a tree he’d been cutting, but he took to photographing trees as they fell. On breaks he’d wander through the site and find a spot where someone was still working. He would drink from his red and green checked thermos and hold his camera ready, waiting for the shout and the opening strains and then the bonecrack that signalled a trunk coming loose.

For a few weeks, the pain in his back improved. No more sick leave or accidents and he looked forward again to the walks into town to collect his prints on too-bright Saturday mornings. And on those prints were dark grey streaks, arcing through the backdrop of a balding forest like rainbows with all the colours taken out. They seemed illicit somehow, and enlivening thereby, those prints of dying pines.

Then the foreman caught him. Called it reckless endangerment. Put him on probation, but Marcus couldn’t stop. Ten months in and he was fired, and there wasn’t another logging firm for miles who’d agree to take him on.

In the weeks after that he would stand on the hillside across town and record with each new day the ways in which the woodscape changed. More blank spaces, like broad bare dunes pockmarked with dark green scrub. Some days tall, lone trees left in those spaces, the ones they hadn’t had chance to give the cut before dusk and clocking off time came. Like a ship’s masts, some of them, beached antiques, living wood left soon to tumble.

He didn’t take his steel lunchbox with him anymore, but carried the camera from his front door to his standing place, a grassy slope set beside a doglegged streak of undergrowth and well clear from the interrupting shade of other trees. The camera bounced in a jagged way as he walked, thumping against his gut a second out of time with the rhythm of his steps. The more often he walked this route, the redder the flesh around his navel.

At nights he’d sit, hunched forward to ease the pain in his back, and bearing through the soreness beginning upon his stomach, leafing through selections of his photographs. He’d start  at the first attempts he’d made and move through to the most recent, charting his improvement, the evolution of his eye. Congratulating himself with sips of sourmash, until he could no longer afford to pick up bottles from the store.

He stacked the empties around the lamp that occupied the back-left corner of his desk. In the evenings before sleep he’d experiment with alternative arrangements, play around with shutter speeds to try and coax the light onto the film in different, elasticated ways. Some nights this carried on beyond midnight, and he didn’t make it out onto the hill until the following afternoon. He chastised himself for this, for missing the morning’s finer light, so much better was it than the half-dark pall left by the sun as it slumped west behind the timber hill. He bullied himself, resolved to cut this late-night habit short. Rarely did he meet this resolution.

He started a kind of ration list, planning out what he could afford to spend on food in order to have cash left for further visits to the drugstore. The less he ate, the more his back pain worsened. The soreness about his navel had become a true bruise, dark blue and the skin pale around it. More frequently he would drift off, lose focus in the middle of a shoot, slip unready into sleep in the long grass of the hill. Waking then later on to find the trucks already hauling off the few barky carcasses weathered and dry enough to be put to further use. Frustrated, he would watch the skyline at those times, and consider the framing angles of his vision, without the lens, and daydream in a fractured fashion about getting famous for all this somewhere down the line.

He required a source of income, he decided, upon the realization that he was not just drifting off but passing out. He spent his evenings then being tougher with the judgements he doled out to each new batch of prints, and the negatives themselves, which he held against the lampshade and squinted at to check that no mistakes had been made in developing. That no pressing details were missing, nothing valuable somehow mislaid.

He made a gathering of twenty and took them to the Post Office, bought an envelope, and asked kindly for an address at which he might reach National Geographic or some comparable publication.

Marcus Whaley took to waiting whilst the clerk searched the brightly-lit square of his screen.

Dan Micklethwaite is a writer, painter, bedroom guitarist, and proud (though financially-challenged) owner of a Masters Degree in English Literature. He makes a large selection of his shorter fiction and poetry available online at his blog, but some has also appeared on Ink, Sweat and Tears. He lives in Yorkshire, England, where he is, as always, working on a novel.