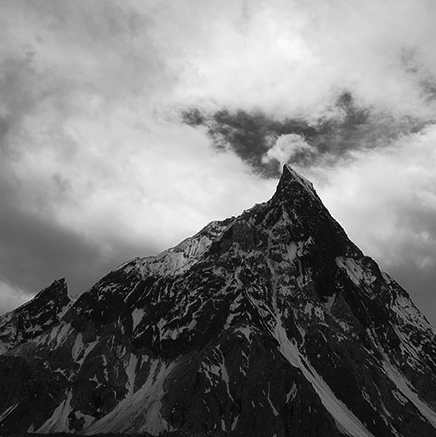 In the past 36 hours the handful of grainy dust and ash in the moss-colored urn had been through three continents, six airport screenings, and countless train cars before it became the object of prolonged discussion at its last border crossing. Despite the language barrier, he convinced the guard at the Himalayan border town of Jaigaon that letting him and the urn into the village of Phuntsholing would in no way jeopardize the national security of their tiny Bhutanese democracy.

Purpose ate at him, burning hot for weeks since she had gone. He had promised he would return with her when the time came, but his intention was to fulfill that promise by preceding her in death. Now he was a courier of sorts, the round and nondescript orb a silent and lightweight escort in his rucksack. Neither of them was Buddhist, but what they had realized in this valley so many years ago had never left, and they wished they never had either.

Their final transport was a rusted and tired Range Rover. He sat in the backseat as it climbed higher into Paro, a shot suspension amplifying each rut and pothole. They had once both been supplicants to the pitching and lurching of this road.  If you could call it that, she had said, with a smile.  He knew the lid was secure, but held the rucksack tight at his side regardless.

He hated that she couldn’t see it again—the prayer flags flying from every outcropping, the vistas of blooming poppies she had made their driver stop so many times for. The terrain now brought him no comfort; he took in the view with jaded eyes, buried memories under grinding gears, the car downshifting, his driver cursing the washed-out parts of the road. On nearly every switchback small children would wave as he passed, but his hand stayed always against his side.

Each pass yielded more waterfalls and even rarer animals. Thick horns of wooly tahr peeking over boulders. Danfe pheasants nearly iridescent, a rainbow of greens and blues. He dropped his dusty and threadbare knapsack at the tea-house and with her in hand started the climb at 7000 feet. It would be three thousand more to reach the Tiger’s nest—the venerated monastery of Taktsang.

Four hours later he was drenched in sweat, his shirt pasted in a thick mass to his back and a wicked chafe where his briefs cut into his thigh. The climb had been arduous the first time, now it bordered on cruel. Due to tiger flies and wasps, he stopped only a few seconds at a time, for water from his canteen and to tell her small things—what he saw, where she was.

The base of the monastery before him, he let her go into a warm updraft and she cascaded out and up, never falling as she rode the tiger into her next. His heart bursting, he would cry only later, for her and himself, on his way back to where he had come from. He was on his next too.

Michael Solender has been featured in Southern Living, SouthPark Magazine, The Faster Times,The Jewish Daily Forward, The Raleigh News & Observer, The Richmond Times Dispatch, The Winston-Salem Journal, and Richmond Style Weekly. He writes a weekly Neighborhoods column for The Charlotte Observer and contributes regularly to Charlotte ViewPoint where he serves as the editor of the City Life section. His work is also featured at Like The Dew, Journal of Southern Culture & Politics.