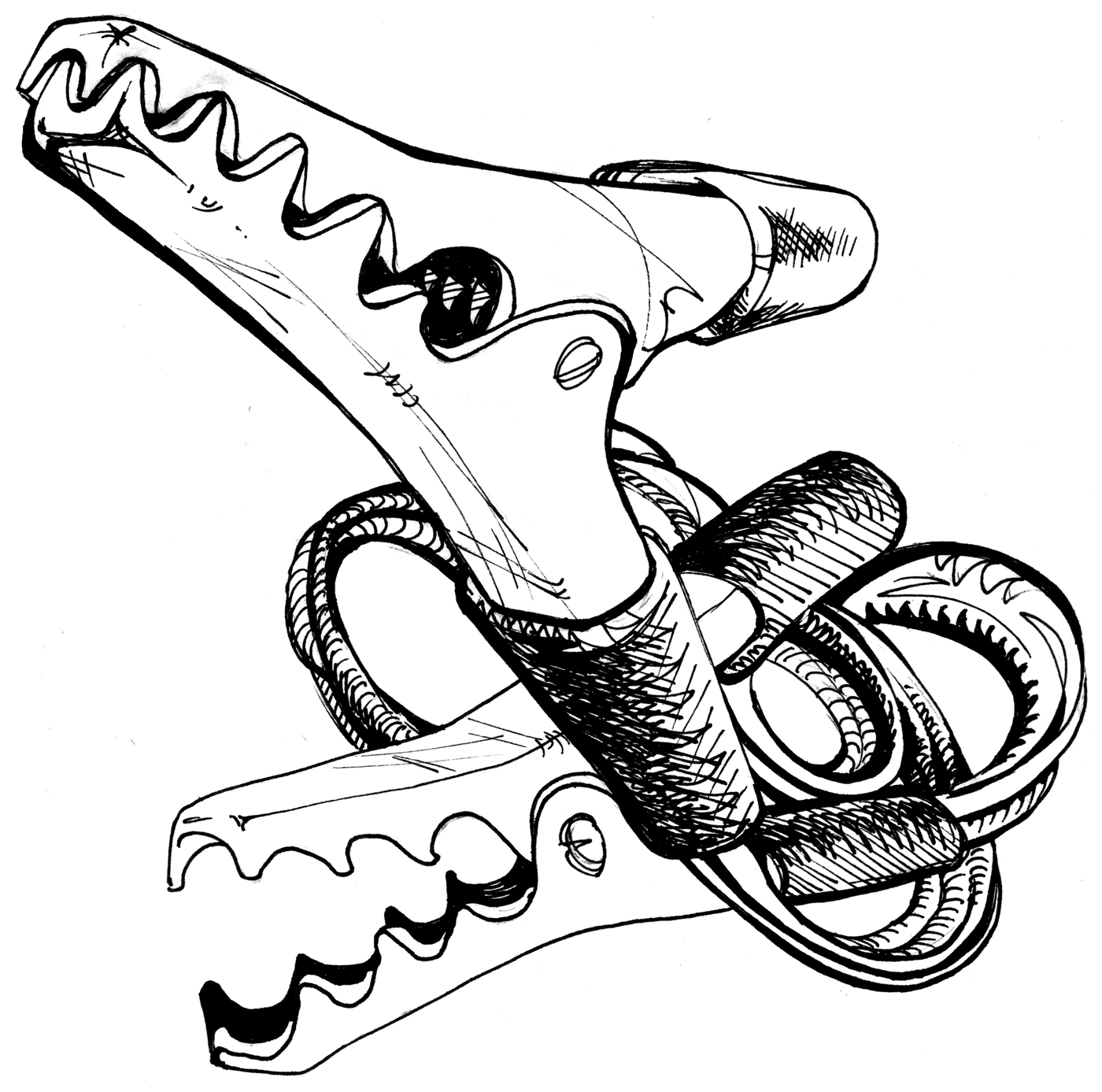 I will now proceed with appropriate background because I have discovered in previous retellings of this tale, a lack of background results in confusion, especially at the point of the second jumper cable incident. And while in most cases I despise peering backward (an act that accomplishes nothing, it seems, except a waste of time), I do feel that background clears up many potentially lingering questions.

Brian agrees and will adopt a holding pattern in the rocker beside me during the time I explain why we are here. He will also be in charge of pouring while I speak.

The background starts here: Some eleven months ago, during the weighty heat of early August, my wife took leave of her senses and our house. (Brian will no doubt interject at this point that in this part of the country, it is never the heat, it is always the humidity.)

Gathering some personal belongings and minimal warm-weather provisions, most of them hastily packed into a mid-sized U-Haul with a manual transmission she couldn’t decipher, my beloved ground metal down the driveway after a decade and seven tenths of marriage during which we suffered the requisite emotional ups and downs of cohabitation, resulting from: lack of money; or an overabundance of bad fortune; or fear of an uncertain, penurious, unfortunate future.

Two lovely children resulted from the earlier, happier moments of our union, little glow-bug personalities, a girl and a girl, aged at this current time sixteen and fourteen, old enough to know which end is up, the shape of the world, which side of their toast is buttered. Who. Left. Whom.

The departure was not a complete surprise. For some months, she had been busy recalibrating her various personal gyroscopes through the steadying and edifying effects of psychological counseling and two tiny tabs of daily Zoloft. She often patted herself on the back for her newfound clarity and strength, pharmaceutical as it might have been. And yet, her leaving struck me with the unexpectedness of a disease. I shambled about for months not unlike a career sailor just home after a long stint at sea. The world seemed to continuously shift beneath my feet, and I found myself unable to find ground that wasn’t rolling and tumbling. Hence, I quit ambulating all together and took to the only chair left in my echoey sunroom, replaying my mistakes and sipping on libations brought to me by Brian after he ended his shift at the Michelin plant, where he inspects tires for defects and possesses the daily burden and responsibility of shutting down the entire North American assembly line at the sight of a mere rubber pimple.

At my lowest depths, when I found myself asking (actually, begging) her to return and give me/us/it another go, I also discovered an important fact: there was another actor who was left off the original cast list in this drama. It was a man whom, at that time, I wouldn’t have known had he walked into my house and sat beside Brian at the far end of what I have come to learn is called a settee. Bottom line? She already had a man-in-hand, so to speak, when she left. Which may be why she never cried as she pulled down the driveway, mangling that second gear.

At this time, Brian will pour us a second plastic tumbler of Evan Williams. And we shall pause momentarily in our backpedaling, to acknowledge that Evan Williams, we all know, is at best a passable bourbon, slightly oaky, drunk by those who secretly aspire to Maker’s or Blanton’s or the finer roster of brown liquors…

Scott Gould has been published in Kenyon Review, New Madrid Journal, Blood Orange Review, Carolina Quarterly, Black Warrior Review, Yemassee, New Stories from the South, and New Southern Harmonies, among others. He is a past winner of the Literature Fellowship from the South Carolina Arts Commission and the Fiction Fellowship from the South Carolina Academy of Authors.  A television pilot that he scripted, Rockin’ A Hard Place, recently wrapped production. Gould teaches creative writing at the S.C. Governor’s School for the Arts & Humanities.