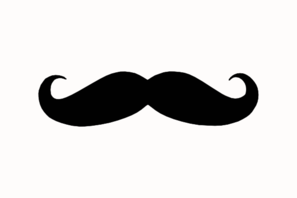 My roommate Frank is playing the mustache game. The mustache game is when you stick a piece of tape to the television set, and every time the tape looks like a mustache on a person’s face, you have to chug your beer.

He smells like beef vegetable soup and wears tighty-whities around the apartment.

He gets drunk every night, and then somehow wakes up earlier than me each day and sings loudly to himself while he has his morning poop.

Like he’ll sing, “Poopin’ in the mornin’, consider this your warnin’.”

Or, “Sometimes I pee when I poop but when I poop I pee, a brown log falls from between my cheeks to part the yellow sea.”

Then a flushing sound.

I would rather die in my sleep than have to wake to one more of Frank’s songs.

Living with Frank makes me realize that death is not the end, it is only the beginning.

I am almost certain that he is the reincarnation of some obnoxious creature, like a cockroach or a pigeon, which has been reborn into a higher lifeform but refuses to accept the responsibilities that come with it.

I sit at the table behind Frank, noticing my likeness as a shadow across his bald head.

I cast darkness everywhere I go.

Just nothing but gloom and disappointment.

Like a balloon of spoiled soup ready to pop.

“Frank, your scalp is especially shiny today,” I say.

He twists his head around, leaning back over the couch, clicking the aluminum beer can between his thumb and pointer finger.

“Um, how about shameful deeds,” I say.

He says, “That’s good, but I need something more visual. Laser beams, that’s a good rhyme.”

“Yeah man, I’m like writing a song and trying to figure out the chorus.”

All of his songs consist of a series of disjointed images.

When he sings, it’s sort of a mumbling ramble.

His demeanor and delivery are a cross between that of a punch-drunk boxer and a backwater televangelist.

Then he starts playing air guitar.

He runs his fingers down the invisible guitar neck and moves them around in a tickling motion that is supposed to represent a guitar solo that he is not capable of playing in real life.

A commercial comes on the television.

It shows a man and a woman.

They are both hungry and want to buy food.

The woman says, “Did I touch a nerve, fatty?”

“You have mental problems. You don’t even know how to make a salad.”

Their argument continues long beyond the length of a commercial.

The woman thinks that salads are made with lettuce, tomato, and sometimes cucumber.

The man thinks that salads are made with lettuce, tomato, and sometimes cucumber, but that it doesn’t end there, and that there are unlimited additions that you can put on top of a salad.

The man gives up and says nervously, “As long as I can use my favorite brand of ranch dressing, then I am satisfied.”

They settle their dispute and eat salad together on a table that is filled with hundreds of romantic, burning candles and has a ranch bottle as the centerpiece.

He mutes the television and uses the silence to give his own version of the characters’ dialogue.

For the man on the screen, he says, “You lookin’ good tonight, baby.”

For the woman, he says, “Thanks, handsome. It’s because I ain’t wearing a bra.”

The conversation gets increasingly sexual, even though both characters appear to be elderly, and in a hospital room waiting for serious results from the doctor.

He ends the scene with a fart joke.

Frank is so used to laughing at his own jokes that it isn’t even sad anymore.

Franks says that some guy at the bar the other night told him that his jokes remind the guy of his dad.

He says, “I always wanted to be a father, and it made me feel like maybe I could use my comedy to be like a father figure to other people.”

Frank says, “If I ever become famous I think I would run for mayor, and just like, try to be a father for everybody living in the city, because there aren’t enough fathers to go around, and many of the fathers that are around are shitty at it anyway.”

“Like seriously, and I would go around to different neighborhoods handing out presents to the good kids and spankings to the bad.”

He chugs his beer, neck swelling like a pelican, his bald head in a million wrinkles.

“So if you were famous, you would basically become a semi-abusive version of Santa Claus with some political power, who focuses all of his time on fathering people who may or may not already have fathers of their own.”

I take a beer out of the refrigerator and think about the day I signed the lease with Frank, and how many beers I must have had that day to make such a bad decision.

I think about all of the bad decisions I have made accumulating in a dark cloud of sadness that rains salty tears over my head, frozen tears the size of hail, pelting me until I collapse in a bloody puddle on the floor.

Frank laughs as the woman’s face on the television aligns with the tape.

He finishes his beer.

“Beer goes down smoother the more you drink it,” he says in a hoarse, too-many-cigarettes voice, “but I should probably stop because I have a job interview at the garbage factory tomorrow morning.”

“What’s a garbage factory,” I say.

He stares at me blankly.

“It’s like, you know,” he motions at the ceiling, “where the garbage goes.”

“Do you mean like a dump or some sort of recycling center?”

“It’s like the place where you sort through the stuff that people throw away and make sure it’s good enough to be resold. You can like shop there and buy used stuff there, I think, maybe.”

I imagine Frank sifting through beer cans and trash-juiced cardboard for empty whipped cream canisters so that he could inhale fumes through the nozzle.

For the minutes to follow, his garbage sorting abilities would be greatly enhanced.

Frank shares his philosophy about trash and life, and by the end, I feel like I am falling down an endless pit, at the end of which is a giant dumpster with teeth and fire coming out of the mouth.

He says, “I would never live in the suburbs. Nope. Not me. I don’t want deer and rabbits digging through my garbage. I’d rather have a crackhead dig through my trash than a deer. A crackhead I can handle. You give a crackhead five bucks, he’ll leave your trash alone. You go up against a deer, and you don’t know what the fuck might happen.”

“But you live in an apartment,” I say, “You don’t have to worry about any of those things because someone comes and takes the trash out for us.”

Then he sings, “I’m a lone star shining bright, a trash-eating possum in the night, singing until my last breath, drinking myself to death.”

His song is sudden, sad, and surprisingly coherent.

“Is that what you think about yourself?” I say.

He is hurting on the inside, I think, or he realizes that the lyrics are true.

Hang in there, Frank.

“She has a mustache,” he says, pointing to the woman on the screen.

“Cheers,” he says, taking a long drink, and beating his chest with his fist.

I say, “Frank, you really know how to live.”

And just then, a child wearing a raincoat on the television screen lines up with the tape.

“Cheers,” Frank says again, taking his last sip before crushing the beer can against his forehead.

Watching the television we say, “Cheers,” back and forth to one another, staying on the same plane of one-worded conversation that feels safe, and warm.

I say it, then he does, then we drink beer.

This is the mustache game.

Benjamin DeVos is the head editor of Apocalypse Party. He is the author of the forthcoming novella The Bar Is Low (Dostoyevsky Wannabe, 2018) among others.
← Troy James Weaver
Holiday: a Monologue on Family and the Things They Leave Behind →