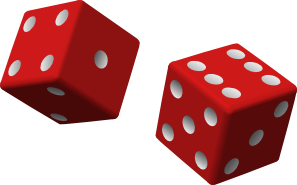 This is not about the flush in your cheeks when you come in from the cold and take off your camel coat and foggy glasses or the burnt orange embers on the end of a balsam block burning under a miniature adobe mansion or the white hot LED strobe from your fingers on your backlit keyboard while you search for recipes or the frazzled bubbling of the tea kettle in the candlelit kitchen when the electric was spurred to pay the gas or your full-face smile in the early morning moments when the world is still fresh and unruined or how you would turn to me at the end of a long night and tell me you needed to go “brush your chops.” This is about the time I told you I needed to retreat just for me just for a minute and how I went to the airport and took the first international flight and landed at the tables in Macau and the bet I made on 21 red and the kindness of the ball when it plunked me into $15 million to honor the inheritance from my grandfather who never took risks and left each grandchild a small sum on the condition we would only spend it on things he would never do and how you said you didn’t care about the money but just wanted me to come home now and how you understood maybe why I needed to leave but that it was time to come home and how disappointed you must have been when I finally sent you a return flight number but never arrived.

First I want you to know that I am alive and not everything was a lie and I am coming home and I did win the money but I don’t have it anymore.

Do you know what you can do with $15 million in Macau? It was only to honor my grandfather who never took a risk in his life and that was the stipulation, to spend the money on things he would never do, and the rest of the money must have the same stipulations on it so it was never really my money and I never really had any choice. I know he never would have drag-raced Ferraris or had three women massage him in a kiddie pool filled with room temperature spaghetti and farfalle pasta or watch another man murder someone for a few thousand dollars or tell his wife that he would be on a flight home when he wasn’t actually on it because once he arrived at the terminal he just couldn’t bear to go and then when he watched it take off he felt like maybe it was his wife who was flying away with his old life and he was already home.

I couldn’t just give the money away because that’s what my grandfather did so I tried to lose it instead, you have to believe me, just to get out of this. I went back to the tables and bet again on 21 red but won again even more than before and it started again. I don’t know why he wanted me to learn all the things a person could do, he had a good life and loved bridge and dice golf and donuts after Sunday sermon and coaching basketball, but there was a thrill in it, for sure, in simply asking for things and having them handed to me.

I have done so much more than what I can ever tell you. Like if I told you about that feeling when you wake up sun-drenched at the beach after overhearing about the affair the tourists next to you are having at the cocktail bar and you tail those people just for a minute and snap some videos of them and hire some help to kidnap and blackmail them just to see how far you could get them to go or else you’d tell all of their family and friends and convince them that their lives would be ruined—and it turns out you can get them to go impossibly far, but only if you make them believe, truly believe, that every little push is going to be the last push before you let them go, even making them massage you in a pool of lukewarm noodles or forcing them to watch each other with street prostitutes—and so you wake up sun-drenched at the beach after being up for at least 36 hours the day before and you find two little bumps of coke left in a baggie in your pocket and right then you know you’re going to be okay after all. That feeling, if I told you that, you’d probably say you didn’t have any idea what I was talking about but there is nothing better than that feeling, I promise you.

Robert John Miller's work has appeared in New Flash Fiction Review, Crack The Spine, Monkeybicycle and others. He lives in Chicago and is working on a novel. Find more at robertjohnmiller.com.