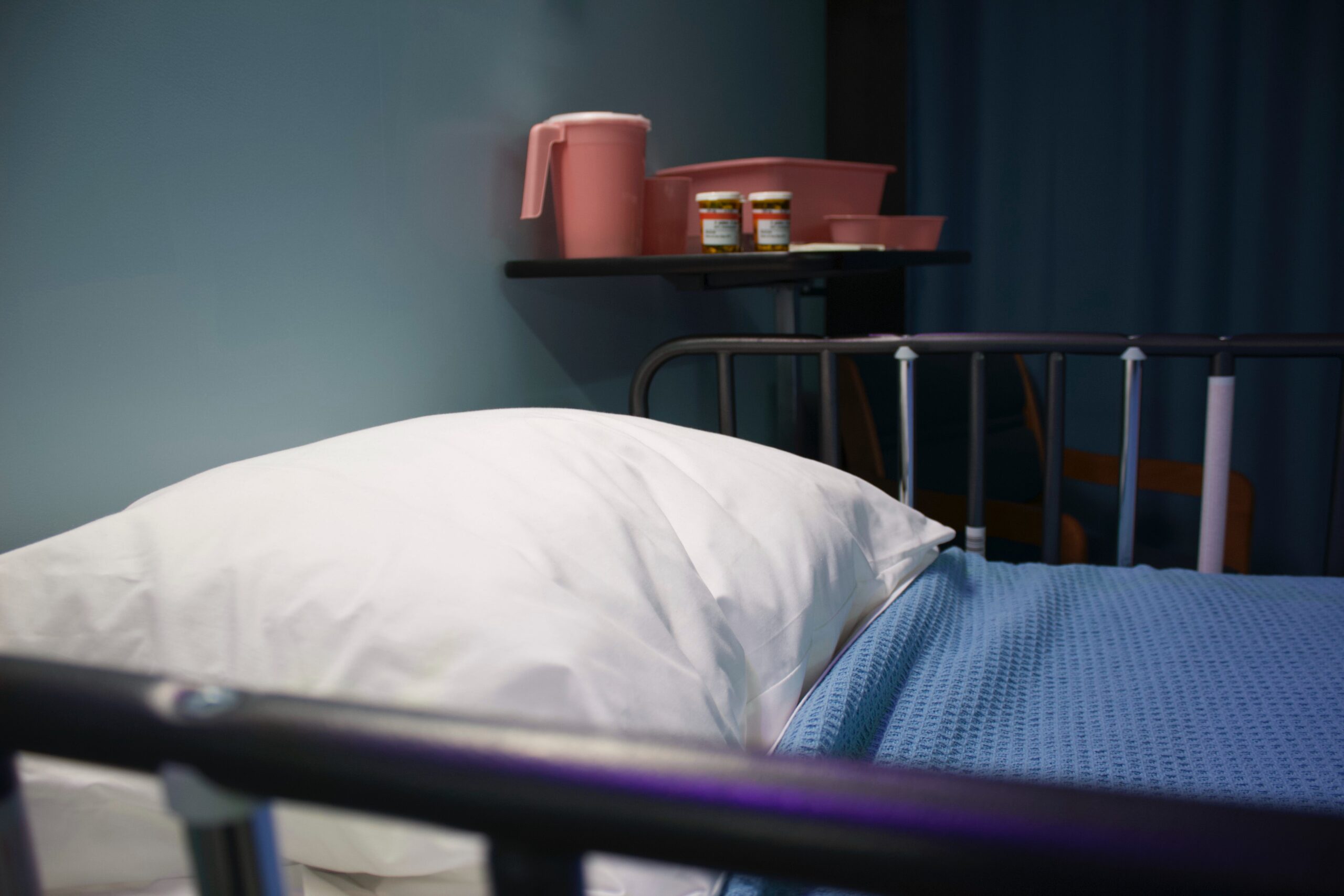 The last time I saw my father, he was weak but not in severe pain. It was a wealthy form of hospice; he was sitting up in one of his fancy, overstuffed, silk-upholstered armchairs. He told me that the hardest thing about dying was that he couldn’t sleep at night, and I remember feeling surprised—wouldn’t someone who knew their life would end in a matter of weeks, if not days, want to stay awake?

But afterwards, I considered my own insomniac nights, and what kept me awake: guilt about unfinished tasks, letters I needed to write, conversations I needed to have. Things my day-self managed to repress and put aside. I wondered what fears and anxieties my father nursed that made him dread consciousness and long for oblivion, when permanent oblivion was so near at hand.

A week after he died, I got a phone call from his girlfriend. I never knew about Elizabeth, but she had been in his life for thirty years—she’d met my father shortly after he married my possessive, sharp-eyed stepmother. He would call her on Tuesday afternoons, from his office. I learned all this from Elizabeth, a week after he died.

I suspect Elizabeth was the primary reason my father maintained an office after he retired. My sisters and I used to joke that Dad would sit there and count his money. We pictured him as a Renaissance miser, in one of those floppy, plumed velvet hats, thumbing his gold coins.

But now I think he held onto that place simply so he could hold onto Elizabeth’s Tuesday afternoon voice. When I think of him saying “What I dread most is lying awake at night,” I imagine he lay awake thinking of her, and of their very last conversation, when he had reassured Elizabeth that he would beat this thing. But then he became too sick to return to his office, so he could never call Elizabeth and explain that cancer had in fact beaten him, or tell her goodbye, or that he loved her, and her only way of learning what happened, after waiting by the phone four straight Tuesday afternoons, was Googling his name and finding, eventually, his obituary.

She told all this to me, her lover’s daughter who until now had never known about the decades-long fact of her. “Were you with him when he died?” she asked. “Did he say anything about me?” No, I had to tell her, no.

So I have to think that Elizabeth was what kept my father awake those nights before he died, and I pity him, my inaccessible father, alone with his secret happiness and secret grief.

Kim Magowan lives in San Francisco and teaches in the Department of Literatures and Languages at Mills College. She is the author of the short story collection How Far I've Come, forthcoming in 2022 from Gold Wake Press; the novel The Light Source (2019), published by 7.13 Books; and the short story collection Undoing (2018), which won the 2017 Moon City Press Fiction Award. Her fiction has been published in Booth, Colorado Review, Craft Literary, The Gettysburg Review, Smokelong Quarterly, Wigleaf, and many other journals. Her stories have been selected for Best Small Fictions and Wigleaf's Top 50. She is the Editor-in-Chief and Fiction Editor of Pithead Chapel. www.kimmagowan.com

Photo by Bret Kavanaugh on Unsplash