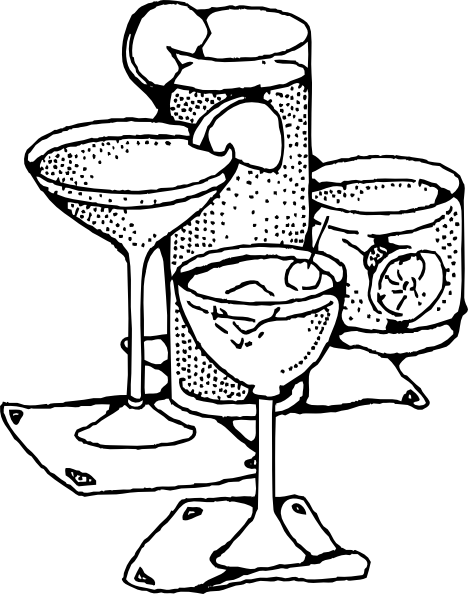 The Balboa AA club, which was not really a club, was always packed. It was old and rickety but inside its walls a person could find everything he had been missing in life—warmth, fellowship, forgiveness, laughter, hope. You could see at the club a person of any age, sex, race, religion, or mood. You could sit in back and listen. Or you could raise your hand and speak. The one rule the club asked you to follow was the one where you could not drink.

The Balboa AA club opened at daybreak and didn’t close until the chairs of the midnight meeting had been folded and stacked along the wall. The club’s service to the community cannot be overstated. Over the course of several decades countless drunks, otherwise hopeless, had been saved. The club didn’t charge dues, but when the basket was passed the dollar bills would be piled into a heap. Rather than drink and stumble around town, some alcoholics would rather sit in a chair, listen to a speaker at a podium, and slurp free coffee for an hour of an otherwise long, dark night.

Mike Kelly was thirty-five years old, single, handsome, and intelligent. He wrote poetry every morning before he did anything else, and although he never shared it with anyone, everybody figured it was good, seeing as whenever he spoke something bold came out. When it had become painfully obvious that he had a drinking problem—a second DUI in less than a year had finally convinced him– he walked the seven blocks from his apartment to the club and told the people who were there that he needed help. “It seems that every time I drink I go to jail. You must tell me how to fix this,” he said.

The men and women laughed. “You are at home now,” they said. And then they told him his drinking days were over, unless of course he wanted to live in jail, for that was the only other place for him.

For the next three years he made the walk seven days a week, sometimes twice a day, and he made it gratefully. He would sit inside the Balboa Club absorbing the wisdom and serenity mysteriously radiating from its walls. He read all the literature, quoting passages to those who walked through the doors after him. He’d tell them to beware because “at certain times the alcoholic will have no effective mental defense against the first drink.” Then he would open up the AA book and point to the page that said, “Your defense must come from a Higher Power.”

And yet, one night, while sitting in his usual chair in the first row of the Balboa AA club so as to make sure he heard every single word the speaker spoke, Mike decided with sudden awareness and calm purpose that he had gone to enough AA meetings for one lifetime. There had been no provocation, no second thought. When he got up to leave, he placed his hand upon Billy De La Pena’s shoulder and said, “Hold down the fort.” Billy looked up at Mike and nodded. And then Billy slipped his hands beneath his butt, as the meeting was about to begin. Later, he would say that he suspected something strange had come over Mike, but he didn’t know what it was.

Mike strolled out the door and into the chilly night and then walking very calmly went across Balboa boulevard and beyond a row of palm trees and into the narrow bar that had been his favorite haunt three years before and plopped down upon a stool. And although it had been so long ago, he felt as if he’d never left.

It was thoroughly ingrained in Mike’s psyche that to have one drink meant certain death, if not much worse. Perhaps he wouldn’t die right away, but would linger on, calamitously, the slow torturous alcoholic slide that he’d heard so many others describe in meetings.

Mike did not recognize the haggard-looking bartender standing before him.

He sat up straight.

The old man’s puzzled face looked at Mike and his thick rubber lips flapped. “Whataya have?”

The bartender grumbled and walked away.

Mike turned around on his stool and saw an empty barroom, except for in a dark corner where a man sat at a table next to a window. There was a country song playing on the jukebox, and twice the record skipped. And the dirtiness—the scummy, stale smell of piss and beer made Mike giddy because he felt like he was somewhere he belonged.

At first he only looked at the drink. Then he picked up the glass. Its rim sparkled in the soft light. He liked holding it. And then he threw it back. He waited for the alcohol to bite. But nothing happened. He had tasted nothing, felt nothing.

The bartender walked back over.

“There’s no alcohol in this.”

The bartender looked down at the glass. His face screwed up, his thick lips dropped. “Whataya want?” He said.

“Thought you just wanted a Coke,” said the bartender.

“No buddy, put some booze in it. This here’s a bar aint it?”

“Yeah, it’s a bar,” said the man. And then he took the glass and walked away.

Mike sat with his arms folded in front of him. He began to think about the many things he had heard in AA meetings over the years, the things his sponsor told him. This was one of those moments that they all had warned him about. He couldn’t tell you how it had happened. But here it was.

Turning around, he looked out the window and across the boulevard and saw the crowd out in front of the Balboa club. They smoked and mingled and drank their coffee in Styrofoam cups. In a few minutes they would scramble back inside so they could sit and nod their heads and listen to what they needed to hear so they could stay sober one more night.

Perhaps this had been a sign: he had ordered a drink but got nothing. They had talked about this in AA too. How God would be looking out for him, protecting him from the first drink. There was a quote about this very thing in the Big Book. He tried to remember it. Something about how when your defenses are down, only God can save you. He struggled to remember it exactly, but it wouldn’t come.

He called the bartender over.

“Did you put some booze in it this time?”

“Good, now give it to me.” He swiped the glass from the man’s hand and poured its contents down his throat. He felt the sting this time. In an instant, a familiar numbness buzzed inside his brain. He smiled, feeling a sense of undeniable relief. “Give me another one,” he said.

The bartender said, “Sure, buddy.”

Nobody could say for certain what happened to Mike Kelly after that. Some believe he took off for Mexico. Others say he lives in the abandoned parking garage near the pier, has a beard down past his knees, and that he dresses in rags. Billy De La Pena had searched for him that night but when he spotted someone who looked like him stumbling along Pacific Coast Highway, only to disappear under the bridge with a bottle in his hand he decided he didn’t care anymore. If God wanted Mike Kelly to be drunk there was nothing anybody could do about it.

Dan Corfield teaches writing at Golden West College in Huntington Beach, California. His fiction appears in various literary journals and his poetry can be found in Beside the City of Angels: An Anthology of Long Beach Poetry. He enjoys surfing and playing beach volleyball in his spare time.