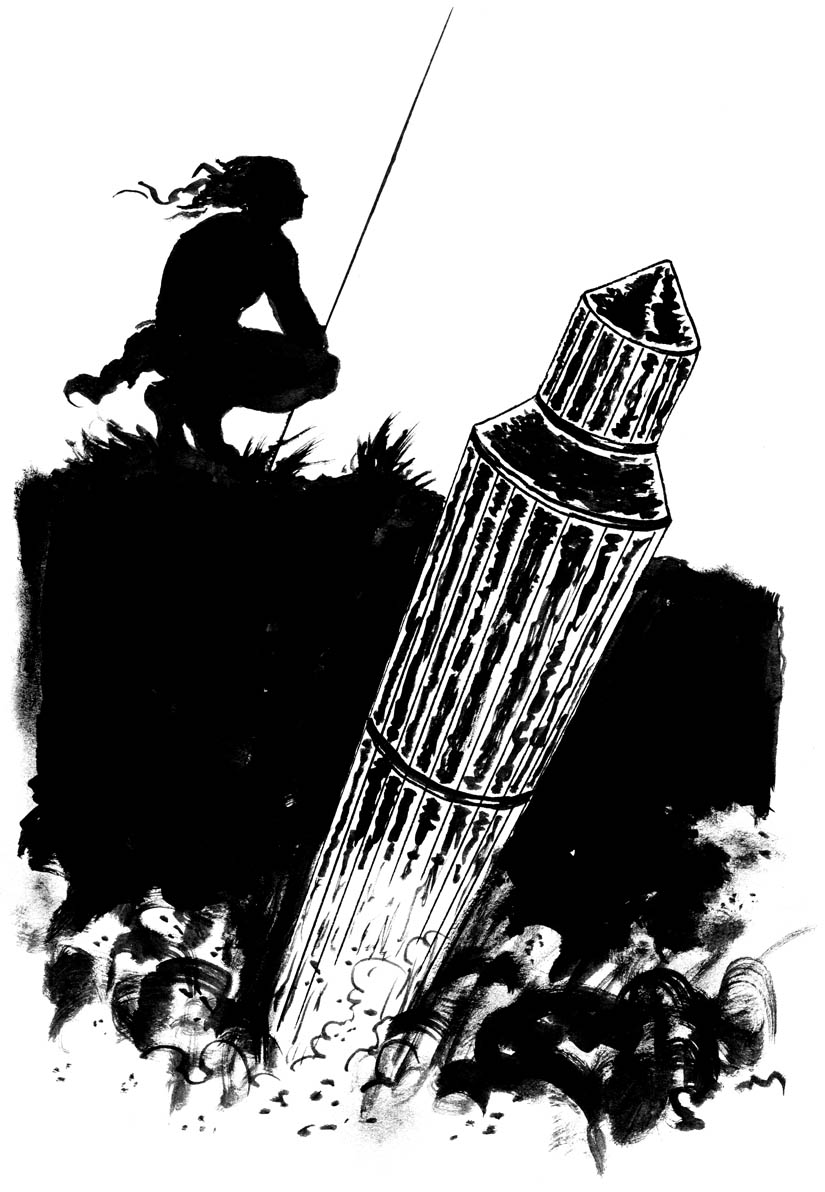 I never wanted to be an astronaut—I get dizzy standing up. So when they came for me in the middle of the night, shook me awake and said it had been decided, there were no others, they were going to send me into space—I said forget it boys, I’m just not up for it. They smiled and said “Actually, Gordon, that’s not the way it works around here…” and the next thing I knew I was dragged from my bed and rushed out into the night air, my protestations ignored. See all that stuff about astronauts being willing participants, gung-ho fighter pilot types who couldn’t wait to skip off planet Earth, that all came later. In England in 1955 you were going up whether you liked it or not, and as I was lifted above their shoulders and those scoundrels started taking me to the rocket I cursed the day I had ever gone to High Down and agreed to work for the British Space Programme.

It’s just a ghostly set of concrete pads and blast chutes now but back in ‘55 the estate of High Down on the Isle of Wight was a top secret rocket testing and firing base and—if my new work colleagues had anything to do with it—it was to be the launchpad of my career as an astronaut. “God, no!” I screamed. “Come on boys, a joke’s a joke!” But no use. They carried me past the blast chutes, past the silos for the eight highly modified V-2 rockets we’d taken from the Mittelwerk factory at the Mittelbau-Dora concentration camp outside Nordhausen, so much stubbier than the Saturn or Gemini rockets to come but far cheaper and more efficient. Right then I would have gladly seen each of them explode into flames if it meant I didn’t have to go up in one. I pitched and rolled and begged and pleaded but they had my arms and legs and soon the small crowd held me aloft at the base of the largest rocket, the R-03, ready and waiting for months, the one with the third stage capsule, big enough for a man and set for space.

Until then I still believed they’d either made a mistake or the whole thing was a joke but it was when they started discussing amongst themselves how they were going to get me up the ladder to the nose cone two things became very clear to me. First: I realised they were for real and I was almost certainly going to die; and second: a single, droll, female, voice cut through their drunken chatter like a V-8 through concrete:

Women have such a civilising effect on men. Apart from the ones that start all the wars, of course. There was a momentary standoff, a couple of smart comments from the boys, then I was dropped like a sack of potatoes and left floundering on the grass. It turned out my fellow Instrumentation Officers, drunk as lords and not one of them over 25, couldn’t quite compete with Jane from Hut 8, smoking a cigarette with a couple of the radar girls. You could tell the chaps were embarrassed, didn’t quite know what to say as they slunk away, claiming they weren’t really going to send me into space—which is fine in retrospect, isn’t it?—trying to rope the girls into the fun by suggesting a party in the bunker. Some of it worked and pretty much all the other girls drifted away with the chaps leaving me on my hands and knees, and Jane, finishing her cigarette and looking at me coolly.

She took a long look up at the rocket, exhaling smoke at the silhouette against the night sky. “You shouldn’t take any of that personally. That lot are going stir crazy. They’ll do anything for a laugh. I’m Jane. You are?”

I told her I was an Instrumentation Officer and first aider and she asked whether I was replacing the chap who left, the one so disillusioned with the lack of actual rocket activity he went back to Cambridge. I was bemused and didn’t know what to say. “I just want a quiet life,” I mumbled.

“Hm. You might get that here. Get used to the pranks, though. They’ll only stop if they actually find a pilot for one of these things.”

I got to my feet. “Professor Bailiss said…”

“Bailiss is a desperate old fool. This thing will never go into space. They haven’t got a pilot. Unless you want to volunteer. A few more weeks of this and the Treasury will shut us down, you mark my words. So if it’s a quiet life you’re after, stick around. You might get what you want…

Anthony Malone's fiction has been published in Murky Depths, The Delinquent, Lowestoft Chronicle, The Quotable, Mad Swirl, Litro Online and many others and his short stories are included in the anthologies "Villainy" (Halls Brothers Entertainment), “Dieselpunk” (Static Movement), "Cup Of Joe" (Wicked East Press) and others. He has read at numerous Live–Lit events and recorded for London Link Radio. He lives in London.
← BULLshot: Christopher Rosales
BULLshot: Anthony Malone →