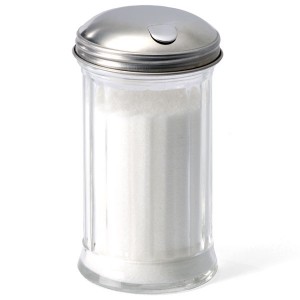 “You can keep the frogs,” my ex says. “But I want all the hand-painted stuff from Italy.”

She’s brought a list. She sits across from me in a Chinese hole-in-the-wall inexplicably named Sincere Café. It’s a dive we frequented before she moved out, moved up in the world. She’s ticking off items—her pen hovering like a baton.

No, she hasn’t dumped me for another man, left me whimpering in her wake wrapped in an old army blanket. It was a high-powered industrialist named Rita—heir to a dozen or so tire plants. She’s loaded. Now they both are.

All the peanuts from her Kung Pao Chicken are picked out and placed in a neat little row.

“That’s not much of a concession, Jen,” I say. She’s always hated the frogs, probably the only thing she and my mom had in common. The frogs are real—Mexican, I think—stuffed and lacquered and poised comically. They play bongos and tiny red accordions, ride motorcycles and shoot pool. They were my father’s. My mom hid them behind a jungle of house plants. When he left them to me, Jen banished them to a dark corner in the closet.

“You sure you don’t want them?” I offer. “Rita Rubbermaid might find them adorable.”

“I told you not to call her that,” she hisses, and to emphasize the point, wags her pen at me.

“Fine,” I say. I lift a forkful of Ginger Beef and notice, over her shoulder, the cook raging toward a table behind us. He is a slight man with a grease-stained apron and a nasty look. He reaches under his apron and pulls out a revolver, waves it at a homeless man seated in front of a cup of coffee. The man’s face is dirty and his hands are smudged black and he’s wearing an overcoat many sizes too large, only his fingertips showing from the sleeve.

The cook says something to him in broken English. The gun is inches from his face. The man stands.

“I’m not going through the music. You can have all the tapes and CDs.” She smiles, pleased with the scope of her benevolence. Her lips are impeccably painted. She’s oblivious to this drama unfolding behind her.

I’ve seen the homeless man before, panhandling on the street. Now he reaches in the pockets of his great overcoat. He scoops out handfuls of sugar and piles them on the table next to three empty sugar dispensers. I imagine him then, lying in a doorway on a cold night, with a piece of cardboard for a mattress, dipping into those deep pockets with a licked-wet finger for something sweet. I wonder what his story is. Everybody has one. Roaming the streets alone, unwashed and penniless, that isn’t something you plan for.

The cook flicks the gun toward the other pocket. The man empties it and there are two snowy piles now—one trickling down onto the floor. How many degrees of separation between us? I think. How much circumstance?

“You need a shave,” my ex points out, as the homeless man ambles toward the door—the cook following, ranting loudly in Chinese.

I pour sugar into my tea cup; the silver tab of the dispenser tips open and stays that way until hot tea spills over and down my arm. She stares at my cup, my hand. But I don’t flinch—won’t give her the satisfaction.

“Why don’t you have a little tea with your sugar,” she says. I look at her; her new hairstyle, her smart suit. Those red lips, slightly parted—never lovelier.

Robert Scotellaro has published short fiction and poetry in numerous print and online journals and anthologies. He is the author of five literary chapbooks. His most recent collections are Rhapsody of Fallen Objects (Flutter Press 2010) and The Night Sings A Cappella (Big Table Press 2011). A full length collection of his flash fiction is scheduled to be published in 2012 by Blue Light Press. He is the recipient of Zone 3's Rainmaker Award in Poetry. He is also the author of three books for children. Born and raised in Manhattan, he currently lives in San Francisco with his wife and daughter.