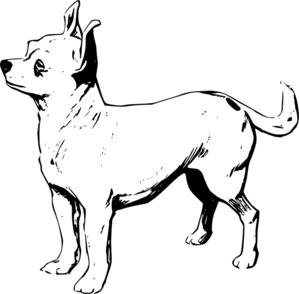 I wake up at two in the morning because the neighbor, drunk again, has kicked his girlfriend’s small dog into the wall, again.

He does it a few more times. The dog screams every time, and I do mean screams. At first she curses him, but soon enough she pleads. I imagine her kneeling over the rolling-eyed and panting dog now lying on its side on the floor. She’s afraid that if she touches it now she’ll be the one to kill it. I imagine her children, awake and silent under their blankets, willing themselves back to sleep.

I get up and get dressed. Someone will call the police, someone always does. I just have to get away from here while the city sorts out its citizens. I text a man I work with named Tobin. He never sleeps and is good for two-thirty in the morning Eggs Benedict at an all-night diner four blocks away from each of us. By the time I get there he’s already ordered. There are just us and an old tweaker on a forty-eight-hour streak talking to unseen beings in a language particular to him and the moment. We can see over the counter into the kitchen and the cook there, a man of indeterminate age, is smoking a cigarette while he cooks. He has tattoos on his forearms, prison tats, razor and pen etchings of names of love and affiliation on his right arm, and a stick figure with x-es for eyes blowing its brains out with a crude handgun on his left. The names speak of his past, the stick figure of his present circumstances. Tobin once asked him where he was from. The man would only say that he was from here, just like us. “You see,” Tobin told me, “he and I – and you, too – we all pay to be here. You and I pay for our midnight breakfasts in cash, and he pays the people who brought him here in servitude. One day we will come here and he will be gone, freed from his term of indenture and their lien against his person, and in his place will stand another man saying only that he is ‘from here’ too.”

The ashes on the cook’s cigarette are longer than the length of it remaining unsmoked but they do not drop. Tobin notices and we both marvel at the alacrity of the cook’s movements over the hash browns, and of how the smoke from his cigarette rises in a very nearly straight line and the ash holds as firmly as if it is scaffolded.

“If he was wearing a hairnet I bet the ash would fall straight into our browns,” says Tobin. “That’s all it would take to upset the balance. Just that one nod, that one small concession to regulation and our hash browns would have that one extra carcinogen they need to kill us before we got out the door.”

Tobin had at one time attended seminary and had aspired to be a priest. More correctly, his mother had aspired for him to be a priest. When she passed away he left the seminary and indeed had not attended since her funeral. This was not out of spite or even disbelief he told me, he just didn’t see the need. “What you don’t understand” he said, “is that everything is already exactly the way it is supposed to be. We – you and I, the city, even this diner that has never seen a health inspection it couldn’t fail on the basis of the hollandaise alone – all of it, all of us – are always what they are. That I am an official of the church, or a lay member, that I attend or do not, even that I believe or deny, none of it would change a single circumstance of my life, and certainly not the life of the church, a living thing in its own way, bound to a motion not of its own making, just like the rest of us.”

I told him about my neighbor and the dog, of the fear of death in the dog’s screams and of the woman’s anger turning to supplication, and how I imagined her children wishing it not just away, but to have never been. I wondered that I should have done something, but I did note that someone always called the police.

He told me: “I know a woman, who after two years of retirement went to work in a pet store. It wasn’t for the money. She doesn’t need any. It wasn’t about the people. She doesn’t like people. She just loves animals, and she is totally alone at home. She grooms them, feeds them, and sells them much too young to mothers and fathers there with their wide-eyed children, whose hands tremble to touch a puppy so alive they can feel its heart beat in their hands. In that much at least my friend who works in the pet store is no less evil than the man who will someday kick that dog out of this life and into the next, if there is such a thing. Think about it: Of heaven we are taught that it is revelation, specifically that someday all will be revealed and we will have perfect understanding. But what if heaven is nothing more than to forget? In a perfect sense, the “forgetting” would be to have never been. Your neighbor’s children know more of this than you would think. It’s an instinct they will soon be coached out of.”

The hollandaise here will kill us I think, but probably not tonight. Although I do not surrender to process the same way Tobin does, I like to hear him speak of it. Being certain of a thing, of anything really, is to be a prophet, even if only in hindsight. Prophecy is a comfort where circumstances not understood are things of terror. Think of the dog again, and the children in the next room. I ask him again about the woman who left the quiet of her retirement to retail small animals in a shopping mall and he reiterates the story, word for word, like a chorus. I see that the cook has lit another cigarette; I did not see what happened to the butt of the last one. He has come out to lean against the counter and listen to Tobin. The tweaker has gone and left his scrambled eggs and hash browns in a sea of ketchup. With his singular language lost almost as soon as it was created he must have known he was hungry but could not order his thinking into words he understood to actually tell himself to sit down and eat.

The cries of dogs, the phrases sucked from rags soaked in liquid methamphetamine, the philosophies of former seminarians: These are the songs of rapture. Angels sing not about the glory of what is to come, but of what is here now and will forever be. I imagine that the gates of heaven open whenever a man kills one dog and a few days later, sobered, brings home a new puppy. If it is not so, if this is not paradise, then there is none.

Steve Passey is originally from Southern Alberta. He is the author of the short-story collection "Forty-Five Minutes of Unstoppable Rock" (Tortoise Books, October 2017) and chapbook "The Coachella Madrigals" (Luminous Press, August 2017) . His fiction and poetry have appeared in more than forty publication worldwide, both print and electronic.
← The Silence of Small Rooms
Real Fun →