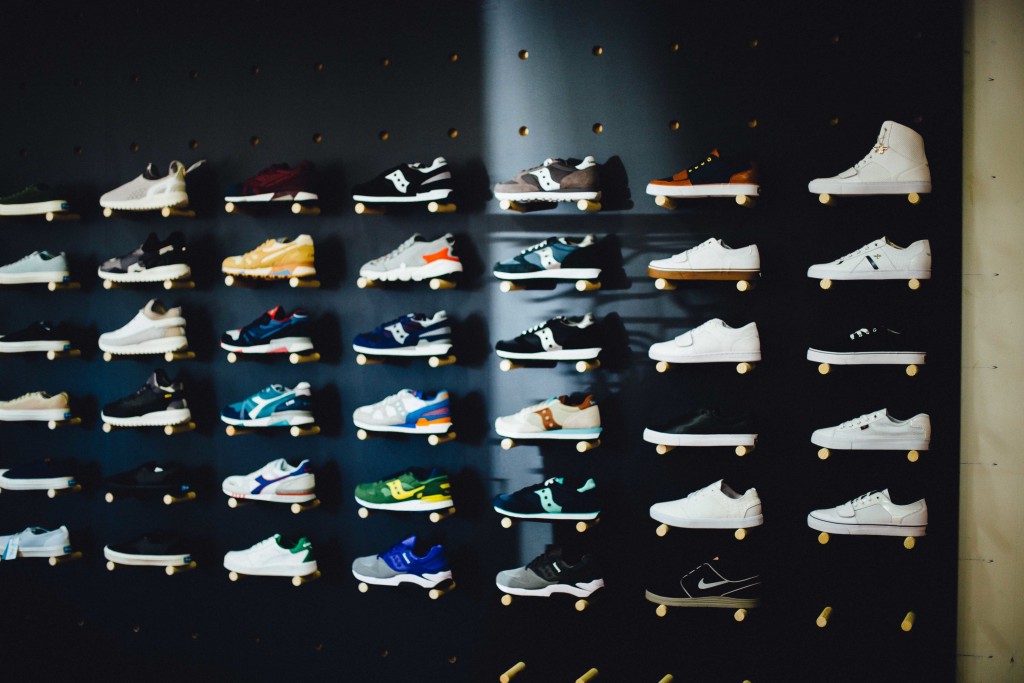 In the manner of Psychopathia Sexualis

Mr. X, private sector, 24 years old, displayed sharp mental qualities and physical vigor, and was in no way outwardly degenerate. He worked nights at the mall, selling shoes to children who wanted the same sneakers as their NBA idols. Mr. X was the shoe store’s most driven sales associate, and had been close to running his own franchised store when security footage caught him—eyes rolled, tongue lolled—having an orgasm as a customer tried on a pair of sneakers.

No doubt, it was the excessive masturbation from his youth, continued in his adolescence while hidden in the backrooms and loading docks of footwear chains. As his inclination toward women diminished, his lust for shoes started to crescendo. When his desire for women completely dissipated altogether, the cherry on his cake became sweaty feet being crammed into a new pair of sneakers. Feet reminded him of football, friends, and his first sexually charged experiences. They propelled Mr. X into a trance-like state during arousal; his impulse would turn sexual in nature, the sounds of rubber soles on a gymnasium’s hardwood floor filling the air around him. Like bare feet desecrating new sneakers, he sullied what had been clean from his childhood.

Mr. X was arrested when, upon termination from his job, he became ultra-violent and flipped over shoe displays, threw sneakers as if to stone his former coworkers, and put holes in walls using a fire-extinguisher. Upon his release, Mr. X sought employment at another sneaker store, and was hired. He once again rose through the ranks to sales-lead, before being terminated for grabbing the calloused foot of a former Marine and hanging on for dear life. By the time the authorities arrived, Mr. X was badly beaten. In the mugshot, his face had more colors than Mardi Gras, punctuated with two swollen blackeyes.

After checking himself into a psychiatric clinic, Mr. X set about molding his impulses into something more accepted by society. Eventually, Mr. X was able to abstain from sexual thoughts centered on people soiling shoes. He even entered into a relationship with a woman, which is still ongoing.

Y wanted to meet someone and settle down, so he sought to curb his impulses. First, he eliminated the whip, only being bound and beaten. Then, he was only shocked with electricity. Eventually, after deaccelerating his condition and going through countless hours of psychoanalytical therapy, he was able to feel some sense of satisfaction from sex with a woman under normal circumstances, and was even able to marry. Not until after he was married with children did he slide back into depravity.

Hanging up lines for laundry in his backyard, one wire snapped and whipped him across the back, leaving a bright red welt. His wife found him in the yard, naked from the waste down, privates engorged, whipping himself over and over. The greatly distressed wife tried to stop Y by spraying him with the garden hose, but then turned to lashing him, using the hose as a whip.

But it was too late to keep the long-buried secret from his wife. They began seeing a renowned marriage counselor and returned to normal. When asked what changed to correct the course of their relationship, they answer common interests. Now, they have the most beautiful garden, and a very orderly house.

An engineer by trade, C used his resources to spend a considerable amount of time with women of the night, who frequently turned him away due to the intensity of his sexual appetite and the nature of his proclivities. No matter how many times he climaxed, C always wanted more—insatiable. He tried to ignore the hunger he felt inside until it tried to gnaw its way out, and so he starved, winters and summers, in barren fields of isolation. Eventually C, once the Red Light Districts biggest customer, became persona non grata.

He’d never been arrested before his neighbors seized him as he chased their farm animals around, naked. When his hearing arrived, he told the court he was trying to find a bitch with which to satisfy his carnal needs. When he couldn’t find the family’s dog, C had turned his attention to the nearby pigs, who bit him and trod on his feet with sharp hooves when he tried to mount them. When C drug a cow over to an empty milk crate he’d turned on its side to stand on and mount them, he earned a kick square in his chest. Over the course of the hearing, C was questioned for a short time by the District Attorney.

“I just needed it. I wasn’t trying to scare anyone.”

When asked about how he would satisfy himself if released, “I’m going to keep to my own kind,” C replied emphatically.

“That doesn’t give me much peace of mind,” the judge said.

C was denied bail, and deemed legally insane thereafter. After being transferred to a permanent care facility, C professed to be cured by electroshock therapy. Although such therapy was efficacious initially, full-lobe lobotomization was eventually required to cease his urges.

Jason Arment served in OIF as a Machine-Gunner in the USMC. He's earned an MFA in CNF from VCFA. His work has appeared in The Iowa Review, the 2017 Best American Essays, The New York Times, among other publications and on ESPN. His memoir, Musalaheen, stands in stark contrast with other narratives about Iraq, in both content and quality. Jason lives in Denver, where he coordinates the Denver Veterans Writing Workshop with Lighthouse. Much of his work can be found at jasonarment.com

Photo, "Running shoes store," by barnimages.com on Flickr. No changes made to photo.

← The Cindies
Insurance Against Extinction →