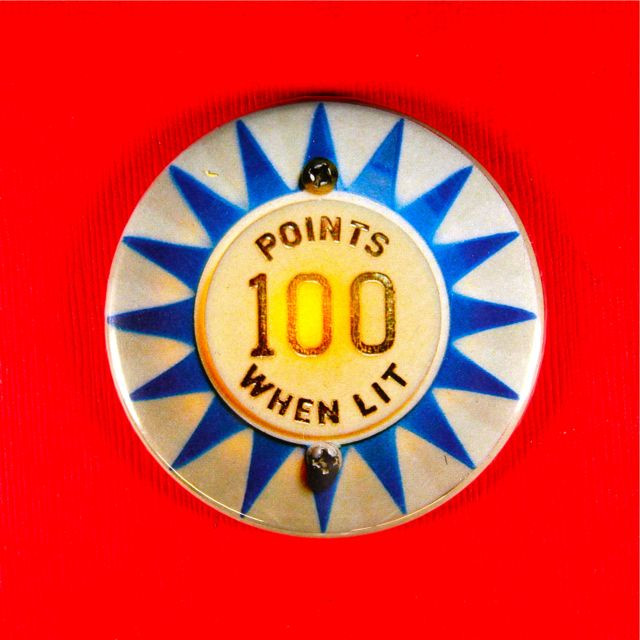 My boyfriend, he doesn’t dig on public displays of affection. I’d say he doesn’t want to bring undo attention to himself, except he weighs four hundred pounds and sports a fourteen inch mohawk. Takes me forty-five minutes and two packs of Knox to cement the atomic orange shock of hair before we head out of our piece-of-shit trailer in his piece-of-shit Cadillac, burning down JJ, dusting the cornfields with exhaust. We’re flying towards town, towards the smokey buzz of the bar. The scene is as unfamiliar to me as the flat, beige landscape. The social politics go far beyond my grasp. I was a teenage bumpkin when I ran away from cushy college life to shack up with an amateur bass player. And his Mom. I’m twenty-one and I’ve spent the past two years discovering I can hold my liquor. Even way out in the dead middle of the Midwest, I upturn and then cultivate alcoholic roots that coil and snake back to the hills of Appalachia where I was born. He drives and I drink and I hide it from him in a big gulp cup half full of orange soda. I chomp my fruit stripe and vodka flavored gum and man the sound system, weaving a perfect driving mix from a stack of scratched cd’s, a sound track to cover our shameful silence. I’ve taken up sleeping on the couch. At least we’re into the same bands.

Me, I like to hang on my man. Press my weight hot and heaving into his bulk. Especially when the lights are dim and the music is thumping through my thick thighs and PBR’s are two fora  dollar. But he brushes me off. Swats me away like a fly. I dressed up tonight, plump flesh pressed into fishnet stockings like a juicy, punk rock ham. Fresh from Kentucky. My boyfriend says he thinks the pink Converse I’m wearing are “cute”. No comment on my legs, propped up on the cracked vinyl dashboard.

“Too bad you can’t play pinball in that shirt,” he says.

My boyfriend doesn’t even chance a glance at my heavy, milky tits stuffed into a studded push-up bra with the straps reflecting headlights. His tattooed hands gripped the wheel firmly at ten and two, watching the long grey stretch of asphalt roll out in front of us.  My green eyes roll and I stretch and I wave at the trucker above me, leering down at me from the fast lane. My boyfriend is a sore fucking loser. He doesn’t like the surprising way my nimble little sausage fingers fly over the paddles. He prefers me in a t-shirt and jeans. He won’t kiss me tonight. Shoving me into the pit passes for copping a feel in our relationship.

My boyfriend will spend most of the night schmoozing with hipster assholes in the blind hope of forging the perfect band. And I won’t talk to anyone but the bartender. All I can hear is the thump of the beat and the foamy chug of my bottle. All I can hope for are sweat-soaked boozy bodies brushing up against mine. The bubble gum whine in t he air makes me bounce and I forget. Forget that in a few hours I’ll fall asleep unsatisfied, sad and drunk. Crying for the want of gravy and biscuits for breakfast. My boyfriend won’t notice.

Like he doesn’t notice me picking my way through the crowd to the pinball machine, in spite of my skimpy new top. Like he doesn’t see the way I jiggle and tilt. Once I’ve had my fill and my multi-ball, I give the free game to the bartender and take a free drink from a skinny, Sid Vicious wanna be in an uniform dirty white wife-beater and leather jacket.
“Is that guy you came in with, like, your brother or something?” the stranger asks.

We sit too close together in a back booth and I feel his bony, foreign fingers exploring, finding the hole ripped in my panty hose after a long night. His thumb jerks toward the silhouette of my soon-to-be-ex-boyfriend.

“Something like that,” I decide. I wrap my lips around a beer bottle and make up my mind to be drinking bourbon by this time next week.

Misty Skaggs, 33, is a two-time college drop-out and a part-time hermit. Skaggs was born and raised in Eastern Kentucky and feels a deep connection to the region. Her poetry and prose have been featured in literary journals such as New Madrid, Pine Mountain Sand & Gravel, Limestone, Kudzu, The Pikeville Review and Inscape. She also self-published a chapbook full of narrative style poems in response to prescription drug abuse in rural Appalachia. When she isn’t writing, Misty enjoys volunteering to “teach” writing to high school kids across Kentucky,  taking long, woodsy walks with her cats and reading in her favorite chair on the back porch just a little before dusk. You can also check out her writing and photography online at http://lipstickhick.tumblr.com