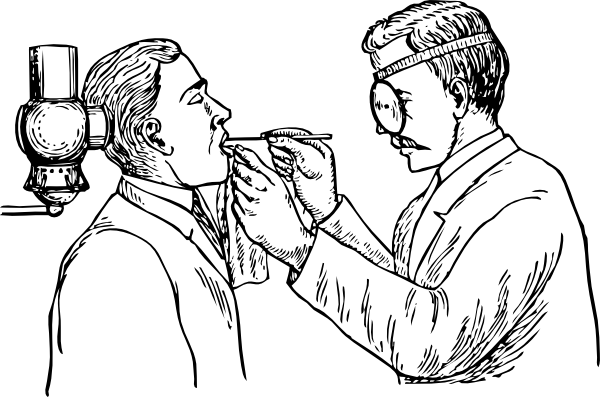 Erika, this woman in accounting, invited me out to lunch. We ate at Mac’s Place, this greasy spoon around the corner from the dental supply firm where we work. Erika was about 30, a good 15 years younger than me, single and rather attractive. She knew it, too. Every sweater, every blouse was a size too small; her tight jeans like a PR agency for her hips. We talked every now and then at the water cooler about what crime dramas we watched on TV, but I was quite surprised when she invited me to lunch.

“It’s really important that you come,” she said, her eyes darkly serious.
“Sure, I’ll go,” I said.
At Mac’s Place she ordered a grilled cheese; I got a tuna sandwich. While we ate she told me that she had come to believe that the “so-called dental equipment” we sold over the phone was actually being used by third-world dictators to torture people.
“Why would you think that?” I said. “I’ve never taken any overseas orders.”
“Well, neither have I, but doesn’t that make you wonder? It’s a sign, don’t you think?”
“I guess so,” I said, not wanting to disagree with her on anything.
“I think that dentist in Omaha, the one that orders a piece of equipment every month, is working for those bastard dictators,” Erika said. Then she leaned forward, peeled my hands off my coffee cup and just held them. In a near whisper she added, “And I think there’s a mole inside our company who’s helping him.”
“A mole?” I said. “Inside our company? Are you kidding me?”
“Shhh! Someone may hear you.”
I softened my voice and asked her who she thought the mole was. She said, “I think it may be Doug in shipping.” And as soon as she mentioned his name, I had to admit that Doug had a suspicious air about him. He was a small, fussy kind of guy who labeled everything on his desk with his name. Not only that, but he always ate lunch alone across the street in a bus shelter. He said he liked to watch traffic, that it relaxed him. But I had watched enough episodes of Law & Order and 24 to know that these sorts of oddball traits often mask criminal behavior, including aiding and abetting a dictator.
“So will you file a report at the FBI with me?” Erika asked, squeezing my hands hard.
At this point it was pretty clear that she was into me, that there was far more to those water cooler chats than I had ever imagined. Why else would she turn to me in a time like this? It was my chance, I thought, maybe my only one, so I wasn’t about to let some Fed be the hero.
“There’s no need for that,” I said. “Maybe we’ll just have Doug over to my house for a little, you know, get-together.”
“What good will that do?”
“He won’t know that no one else has been invited but him and us. And when he shows up, we can force him into my basement where I have an Oralmax 2000 Dental Chair and a full set of Microtech dental tools.”
“In that chair,” she said, “he’ll confess to anything.” She squeezed my hands again.
I squeezed hers back.

Steve Kissing used to be possessed by the devil. At least that’s what he believed as a child, and he wrote about it in his boyhood memoir,  Running From The Devil (Crossroad Books). His writing has appeared (or soon will) in such print and online journals as: Thick With Conviction, Best Poem, Poetry Friends, Boston Literary Magazine, The Blue Ash Review, Bolts Of Silk, And Paterson Literary Review. Steve is no longer possessed by the devil. Or so he believes.