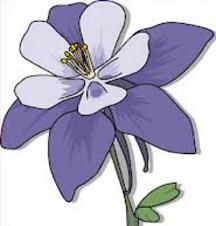 Late February, we laid fresh wax in a lab at McMurdo, Antarctica’s largest research station, where we worked this austral summer. While the last coat of wax dried, we climbed Observation Hill to watch the Antarctic sun set the first time since October. I underdressed, which meant by the time we were a few yards from the lab, my fingertips began to numb. Samantha dressed appropriately, which meant in her heavy-hooded parka, wind pants, balaclava, and goggles, she looked as androgynous as a Teletubbie. Halfway up the hill she noticed white spots on my cheeks, and suggested we stop at the lone building on the hill, one that was part of the long-gone nuclear plant.

“Get warm,” she said. The building’s used for storage now: plates, furniture, and random graffiti highlighted by hairy testicles painted on a wall. She took my chilled hands in her thick-gloved ones, brought my fingers to her mouth.

My wife Julie appreciates my hands. She’s said she likes the way my delicate fingers fit around a beer can, said I know to how to handle the things I want. Julie’s only left Illinois twice, once for our honeymoon. From what I can tell everything she wants fits within the confines of our fenced-in yard, surrounded for miles by other people’s corn.

I’ve grown close with Samantha over these months. I’ve held her hair while she’s stuck her fingers down her throat and vomited tequila and Tabasco into a dorm-room toilet. She’s a smart girl. Degree in art history. She says things like she wants to catch whispers of this planet’s deepest secrets, wants to experience what can only be felt. At no point did I expect her to deep throat my ring finger. At no time did I believe I’d hear her whisper, “Make me do things.”

Her lips were tacky with cold, thick ChapStick.  She removed my fingers from her mouth, unzipped her standard-issue parka, took my wrists and put my hands underneath her armpits, pressed herself tight against me. I felt the wires of her bra, her body’s warmth, the dampness and soft hair of her armpits. Before I left Illinois, I told Julie I needed to do this once, meaning Antarctica, not adultery. More and more I don’t know what I want in this world.

By the time we left the building, we missed the sunset. The sun crept over the horizon, cast an orange glow across the normally gray sea ice. Back at the lab were specimens of life underneath that ice: giant sea spiders, isopods, fish with antifreeze in their blood. A strange world we’d only caught glimpses of while cleaning countertops, sweeping gritty floors.

Days later we redeployed to Christchurch. Samantha planned to spend months hitchhiking New Zealand, hiking the Abel Tasman Coastal Trail, living in tents and hostels around the south island, eating fresh mussels over campfires on beaches along Golden Bay. My plan had been to head back to Illinois, where Julie was expecting, both our baby girl and me.

I’ve been told the nuclear plant ran for ten years, had hundreds of malfunctions, leaked. Over twelve thousand tons of contaminated soil were dug up, barged out, buried in California, and paved over with a parking lot. It should be noted that station now runs on diesel.

Weeks later from a hostel in Dunedin, I phoned Julie. “Sugar,” I said. Crying responded on the other end from more than one set of lungs. I sat near the window, listened to the crying: one soft, one fierce. Rain fell on the farmers market below, where I bought apricots, persimmons, minutes before. I closed my eyes, heard a tractor out her window, a television talk show inside. The young man that started that life with her, bought that television with her, that home, no longer wants it. I wish I could say it.

She soothed our child. I draped my socks on the heater, pulled my Keen boots wide open.

“The columbines must be blooming there. Beautiful time of year,” I said. Rain fell harder. No one packed up their stands below, no one loaded their trailers.

Justin Herrmann is the author of the short fiction collection Highway One, Antarctica (MadHat Press 2014). He is the winner of the 2016 River Styx Micro-Fiction Contest. His stories have recently appeared in Mid-American Review, Blue Earth Review, and SmokeLong Quarterly. He spent 24 months living and working at McMurdo Station, Antarctica. He has an MFA from University of Alaska Anchorage, and lives with his family in Alaska.