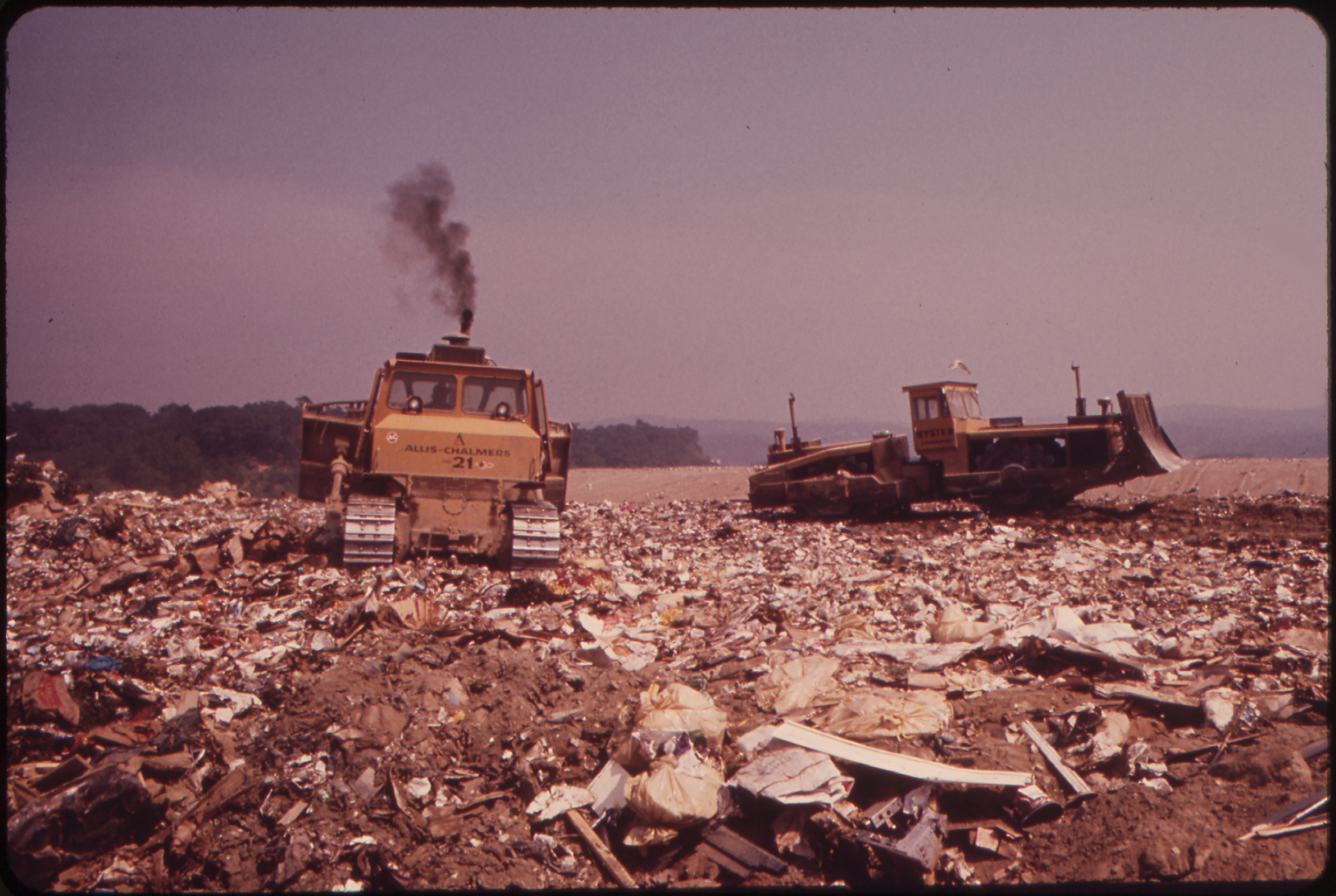 I have some credit in the women bank, but not in the child bank. Never heard of the child bank. There is no solace for the lost child. There is solace for the lost woman. There are lost more women. You eat chop, call woman, sweep floor. Rooms full of bears and books cannot be swept. Remain in public open spaces, sweeping light dust, not heavy artifacts, nothing so heavy as the stuffed animal just now. Leave them be. Maybe forever. Put on apron and sing. Someone’s in the kitchen with Dinah, someone’s in the kitchen I know, ho, ho, and it’s you.

A road sign like this, invariably nailed to a pine tree, high and aslant, you never pay more heed to than it takes to chuckle.

I am in recovery. From what is not precisely known. From life, mostly, about covers it. Everything is dependence and abuse or denial of same. Everything is a cover for something. Booze covers for your boring, lack-of-inner-resource self (mothers accuse you of that lack, and you may hate your mother according to her being wrong or, usually, right, but mine never so accused, and I hate her anyway, or at least a girlfriend says I do, a girlfriend of whom I may not be altogether fond herself). Recovery from the “discovery” which every moment in your existence past about age five has been pointing to, but for which you had not properly sat the jury so managed not to notice, that you are an ass. I am in recovery from that revelation. My dung heart reels. I stupe. Ass wipes nose, has sniffles. Regroups. Wine, chop. Floor, clean. Dust. Sun. Phone. Who?

A clean room in an unlit place. A green breeze and salt. Time. Time ticking, grasshoppers. Dry-cured bacon and big-time blues. Mean to dance, mean to call a girl. Mean to affect the effect of getting my effects in order. Mean to dizz out.

I want a girl impervious to harm, petty or grand. An industrial model disguised for home use. For the contractor masquerading as home owner.

A day at the dump to provide some distraction. I have come with Driggers to the dump. Driggers has been to the barbershop and smells like a woman and is as pretty and is very proud of his grooming and is smacking gum and doing okay until he reports, “Flashback.”

“Flashback of what?” The way he’s all pretty-boyed and dancing from goner appliance to reparable appliance, stopping to look at girlie magazines blowing in the flyblown breeze, I expect him to say, “Pussy.”

He says, “Vietnam.” He stands where he is with a truly vacant, sick look on his erstwhile smiling face. Much of life, for me, resides in moments in which you might not too absurdly use “erstwhile,” but Driggers is not so idle or full of shit.

What around us—gales of seagulls preying on garbage, the predominate strains of which are these torn-up Penthouses, and inexplicable case lots of Skoal—could remind him of Vietnam?

“Vietnam? What the fuck out here is like Viet—”

For the first time in my dodger life I see the horror, the horror. The bulldozer is an anemic yellow in hot white light and diesel pestilence moving tons of waste with flies on it. I don’t want to know more. This is frightening in a way that Tales of Charlie are not: or pungee sticks, or dried ears, or tunnels, or the saps who went being better than those that did not.

“We have to stop drinking, Driggers, but it doesn’t have to be today. Let’s go.” He is in the truck, white.

I want to love but know I never will. Or is it that I want to be loved and know that that, too, I can prevent? Or must prevent? I can locate the object, it is in the method I fall down. Do not quite have the hang of it. This is a difficult idea to get your brain on, in the truck with Driggers, who is calmed into an earthly earthy mania. You could not hold the idea in your head that you did not quite get the hang of, say, eating. On the face of it, the idea is absurd: who does not get the hang of eating? But once you look at it—bologna, Miracle Whip, tofu, “cheese food product,” the diet industry, the food industry, for that matter—it is tenable that many people do not have the hang of eating. So how difficult the notion they do not know how to love? Simple idea, really. We are drunk and do not have the hang of drinking.

Driggers will get so drunk tonight I will have to prevent him from killing someone. Driggers has the hang of killing. He is now most agreeably sampling the tins of Skoal I pressed him to take. There were so many of them, with sales literature and still in case boxes, looking not only unopened but otherwise unharmed, that we know something is wrong with them. But short of cyanide injection—and why would a killer put his killer Skoal in the dump?—we can’t figure what is wrong with them. Driggers is tentatively tasting multiple tins, sampling flavors he has never bought. He’s getting happy. Comparatively. Tonight that ’dozer and that Nam will hover about the pool table, and I will have my work cut out for me. Those of us who did not go can yet be Good Boys.

Driggers and I matriculate smoothly from the dump to the bar, a good one about like the dump, no seagulls allowed. Actually a species of seagull is allowed. It sits at the bar from 11 a.m. on, and at about 7 p.m. starts flying from man to man. And at about 10 that night Driggers and I do the Act. He beats everybody in the place once on the pool table and circles around to the first boy he beat and says to him, “Rack ’em up, futhermucker,” prompted by the legend on the boy’s T-shirt, (FUTHERMUCKER, with some kind of bug-eyed Big Daddy Roth cartoon). Driggers is a genius; he calculates this “innocent” remark of his to enrage the boy, it does, and the boy has the cue ball and draws back to throw it and Driggers has him in a headlock before I can move. Driggers pops him with little uppercuts with the cue ball in the boy’s very hand as I manage to wedge him off, which he allows me to do.

“Button your lip, button your coat, let’s go out dancing,” I say, and he says, “What the fuck you talking about?” and I say, “Mick Jagger,” and he says, “I’m just playing pool,” smiling the while at the boy and looking at him so intensely the boy stops in his selection of a pool cue and decides not to advance and I buttfuck-waltz Driggers, smiling at everyone, out the door. No one ever advances on Driggers once he is restrained and they see his look, with which he invites them to advance on him, pinned. I’d let him go if anyone ever came on, but they don’t. Nor does anyone ever bother me, handler of this dog they do not want back on the ground. This is good, because I am a pussy. Driggers is… well, Driggers went.

Outside, to conclude the fair day, I say, “Driggers, my wife and child have decamped.”

“I heard about that.”

“Make you a better man.”

“Make you a better man.”

And it was. And it was not a bad thing to have said, after I got through formal umbrage, which I thought obligatory. Formal umbrage (and other things) was going to have to go.

“You wouldn’t use words like decamped, maybe people stick around.”

“How about erstwhile? As in my erstwhile boon companion so totally fucked up from, he says, Vietnam that if he shoots pool someone got to die? Bulldozers erstwhile in the Nam—that is so cool, when you guys say that, the demonstrative—make him askeert today of bulldozers pushing people’s Pampers around?”

“Go ahead, get it out of your system.”

We both start laughing. When I drop him off he says again, “Make you a better man,” and slams the truck door. Driggers slams things as a matter of course. Never put what you can throw. It’s his métier. I put. I tiptoe, whisper. People leave me. Women slide off like snakes. You’d find Driggers on the floor wrapped up in about a thirty-foot anaconda, calling for his hunting knife, having fun. “She’s gone be leaving,” he’d say, “but we have to talk.”

I survey the quiet, my clean floors, still clean. The phone rings.

“How do you know this shit?”

“Actually, for all I know, Ron Wood or Keith Richards—I don’t know who wrote it. Jagger sang it.”

I won’t be needing to work so much, and the music can be louder. The balanced-diet shit is out, and NPR. Under every rock is something good if you can scrape off the mold and if the grubs don’t scare you into dropping the rock and refusing to move and groove into the New. Skylights may be in order, light shows. Goddamn overhead projector and Jell-O and oil and hippie chicks. The problem is hippie chicks are younger than my daughter. I need they mommas. They mommas got some sense. Everyone has sense, that is basically the problem I face. I am either behind or too far ahead—so far ahead I bid to lap them. I therefore look behind. I’m through with these sense fuckers. I’ll just run through, forget the baton shit.

New Outgoing Message: Hello, you’ve reached trouble. If you make sense, I won’t call you back. If it makes sense to call you back, I won’t. If this makes sense to you, you have the right number. I do not listen to the messages on this machine. As near as I can tell, these machines make no sense. You’ve called me, uninvited, I am not interested in you or your business; if you are interested in mine, here, take this, my best shot: My floors are clean. And they will remain so.

A bird comes into the house, or is in the house. Won’t listen to reason, of course. Runs from me. Has been in the house. I did not see it come in. It may have just come in, though. I can’t say. I can’t say a lot of what I am tempted to say, all day. None of us can. I aim to clear some of this up, this presumption, inaccuracy, outright fallacy that governs our days. Clear it all up. Why not. Some new light, new music. Most of the furniture is hers and is designed to burn. Teddy bears on top, beware the burning teddy-bear draft, the noxious gas of child-gone toys going, too.

Call Driggers. “Driggers, do not get downwind of the burning bear. You can sit on the goddamn burning sofa, though.”

“Learned ’at first thing in the Nam.”

More new fiction
from Padgett Powell in
BULL No. 1

Padgett Powell is the author of The Interrogative Mood and six other books. His novel Edisto was nominated for the National Book Award, and his writing has appeared in The New Yorker, Harper’s, Paris Review, Esquire; and has been anthologized in Best American Short Stories and Best American Sportswriting. "Dump" is part of his short-story collection, Aliens of Affection.