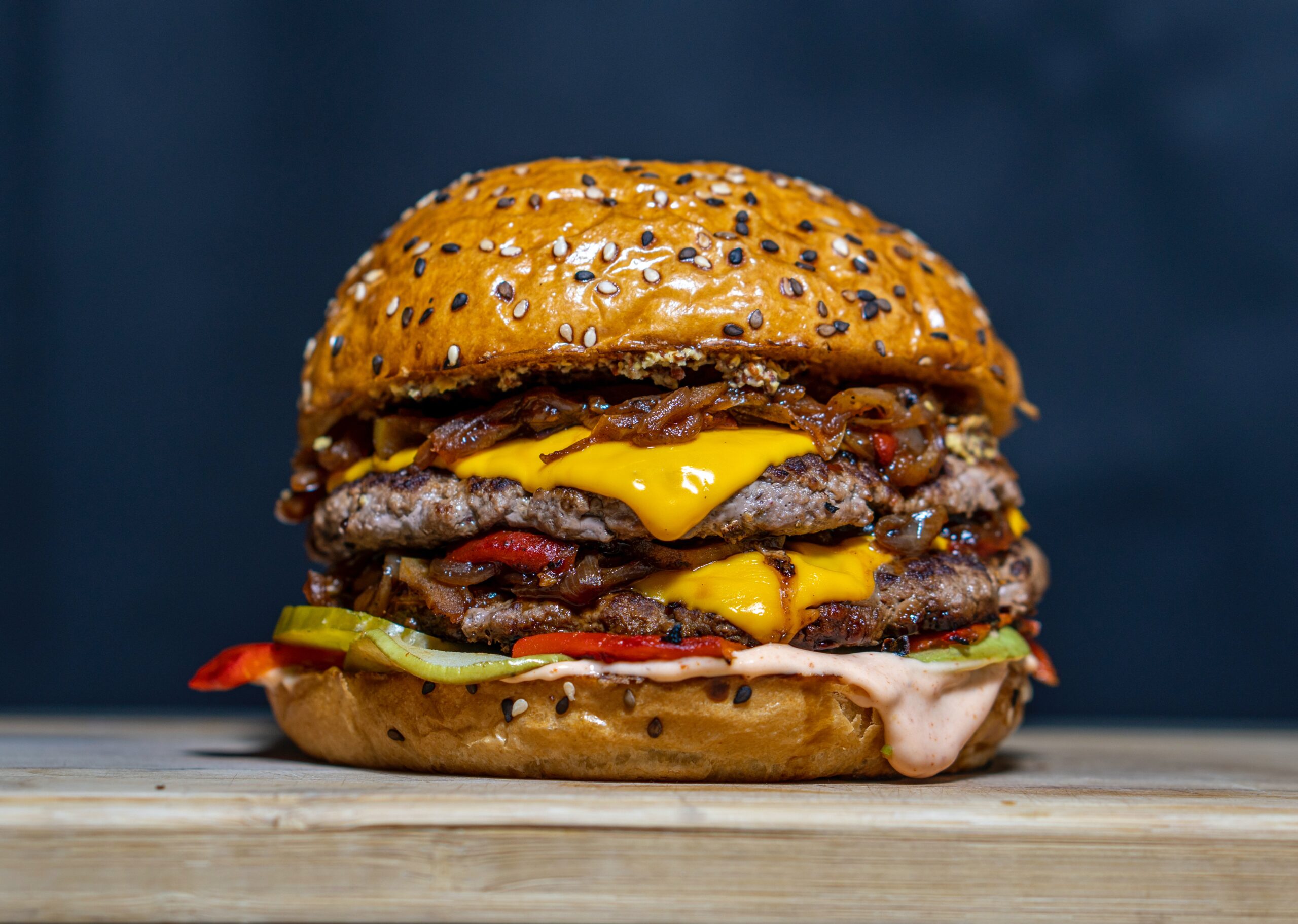 Once upon a time, the mad world got even madder, and cheeseburgers started falling from the sky.

Brock Bixby, twenty-eight, was an alright guy. Someone might have uttered a time or two that he was a good-looking guy. Not so much to get in the way of life, but not enough to help either. When he was a boy, three girls sat behind him in church. One girl whispered that Brock was cute. The second girl yelled, “Gross!” The third one had no opinion. She could not decide if Brock was cute or gross. She thought hard about it, really wanted an opinion, but when she looked at Brock Bixby, her mind went as blank as a girl that couldn’t distinguish between a puppy and a pile of coffee grounds in the trash can.

But when the mad world went really mad, every afternoon at precisely 4:30, Bixby Time, cheeseburgers did fall from the sky. It wasn’t like a downpour, but more of a sprinkle, but it was cheeseburgers without a doubt. The deal was you had to run outside and keep eating them until 5:00.

This was no way to live. Brock Bixby had almost made it to thirty without a single drunk driving conviction. He could run three to five miles at a time without stopping. He was beginning to move the chains closer and closer to good-looking. But this was no way to live, was it? Even if it was sprinkling, this was a lot of cheeseburgers.

It did have an unexpected impact, though. Things that used to depress Brock, little by little, almost too little for a guy to notice, just didn’t depress him anymore. There were times before when even the memory of something pleasant could be depressing, but ever since the mad world went madder, there had been a new taste of life.

Somehow, eating cheeseburgers in the cheeseburger rain was cathartic, something about losing a piece of the Self with each bite, with each observed distance from the possibility of one’s own explosion and the proximity of someone else’s.

These were strange sensations. The sound of explosions and the competing smell of a perfectly cooked fatty cheeseburger and the smell of, well, your brother burning. Very strange.

This had to be a lot for them to digest in their brains. This called for a big change in world views. The brain is a pretty powerful tool too, but maybe some problems are just too large for mankind. It’s also not just one problem if you really thought about it. It was a lot to digest.

It was hard to see the other problems. Brock didn’t know, for example, what Alfie Newbury was going through. How could he? For one, he didn’t know Alfie existed, but I suppose that fact wouldn’t have surprised him much. He had spent every minute of Bixby Time, other than 4:30 to 5:00, considering every facet of the mad mad world, but he hadn’t dreamed of the angle Alfie Newbury would eventually reveal to him. How could he? The mad mad world was unpredictable! A guy could have his opinions about the limits of its capabilities, but he might as well not.

Brock supposed the best part of a crazy change in the world like this was it proved any change was capable. Literally, anything could happen. So it didn’t faze him much when the madder mad world got even madder. He liked to think things would work out. He tried to be a guy that took things in stride. He would listen to whatever the cheeseburger rain had to say.

Even when it said, “Tomorrow, there will be a fix. Tomorrow, find a stranger and a screwdriver that neither of you owned before, sit outside at 4:30 to 5:00 with your stranger and your screwdriver, and never eat a cheeseburger again. If you do this, you will be set free. If either of you doesn’t do it, then you will both explode.”

That’s a lot for rain to say, let alone cheeseburger rain. That’s a lot to digest. The next day obviously had to be pandemonium. Even more than the first day that the cheeseburgers started to fall, and the people started to explode. This was way worse. People were everywhere, desperately trying to find another people and a screwdriver.

Brock Bixby was a tall guy. Not so much to get in the way of life, but not enough to really help either. In the crowded grocery store parking lot, he finally made eye contact with a short blonde girl. It’s not that she had to be short or blonde or anything, it’s just the way it worked out. He knew she was going to be his people and he knew she knew he was going to be hers.

He walked quickly over to her, just short of running, but for an unfortunate moment, he lost her in a crowd. When she popped out of the swarm of people, she was with another fair-looking fairly tall guy. This guy was wearing a red trucker hat.

The three of them stood together and introduced themselves. Her name was Megan Locke, and his name was Alfie Newbury.

“No, it’s ok,” Alfie said as if he had been reading Brock’s mind, as if he knew had he been in Brock Bixby’s shoes, he would hope that Megan was going to be his people too.

Brock wasn’t sure he wanted to hear what Alfie thought would be ok or not, but he guessed he had no other choice.

“Wow,” Brock said, thinking about fate in the mad world, wondering if all you really needed was love, did that even make sense, moral imperative, and the insanity of seeking rationality in an irrational world.

“Wow,” Brock said, thinking about living in a world where a guy could be punished for another schmuck’s refusal to follow the rules, thinking about fairness and what does that even mean anymore, thinking about doing whatever it took not to explode himself or anyone he now knew on a first named basis.

“What do you think? Megan said as if the world was up to Brock.

“You got a screwdriver?” Brock said.

Alfie raised the screwdriver like Arthur had done Excalibur, and it made just about as much sense if you really thought about it. It made enough sense to Brock. He led them from the crowded parking lot to the yard in front of his apartment. It was 4:28, Bixby Time. Here, the three previous strangers, the three wanderers of the mad mad mad world, sat in the grass, holding hands, looking up to the sky, ready for whatever possible form of grace decided to fall upon them next.

Al Kratz lives in Indianola, Iowa with his wife Kristy and their cat Thomas Petty Kitty. More about his work can be found at alkratz.com.

Photo by amirali mirhashemian on Unsplash