LOVE IN THE TIME OF TEXT, DON’T CALLERA: THE LOST SAD LAUGHTER CHAPTER 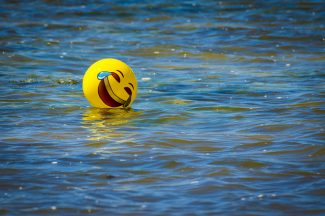 Guest-edit my own bad decisions and chill?

“If there is a potted plant in the background during the start of a backstage interview segment on a professional wrestling show, then it should be smashed against the back of a wrestler’s head by the end of it.”—Anton Chekhov

Writing every day is cool, but have you tried taking 24 caffeinated and junk food-fueled hours out of every month after getting fucked up, making awful decisions and thus setting fire to your already scorched life the previous 29-30 days to write?

Band name revision: I Love You but I Have Chosen Darkness Not to Go to Your Writing Retreat

Automatic Pushcart nomination to the person whose author photo is just their tear-soaked face reflecting off of a computer screen that has the “Screaming Infidelities” video by Dashboard Confessional pulled up.

Trouble coming up with a synopsis for your book? Just copy the descriptions on the back covers of obscure action films released on VHS in the ’80s and early-mid ’90s. Easy.

I Am a Well-Adjusted Person with Lots of Very Important Thoughts: Selected Tweets

The Poet Laureate of hooking up with people who still covet their exes.

Editor: Hey, dig your style! You should totally send stuff to our journal!

*submits a handful of stupid poems about junk food and depression*

Editor: uuuuuuummm… Got anything else?

Trout Fishing in Mercury in Retrograde

Your favorite writers may or may not be the ones that could’ve been stand-up comedians if they weren’t so fucked up to even do that.

The cool thing about having your poem published in The New Yorker is that it will be randomly placed next to a comic that isn’t that funny or an ad where you can purchase either a very writerly ascot or an even more writerly beret.

Tinder bio: I’m a writer, which means my capacity for delusions and lies is *Italian chef kiss* astounding.

House of Leave Me the Hell Alone!

*Jeff Foxworthy poet voice* If you cause a Pushcart plagiarism scandal, you might be an up and coming poet.

Your favorite feel-good books may or may not be feel-bad books.

The Poet Laureate of showing new employees the proper method of removing vomit from a urinal while at work.

Most of the tabs you have opened on your laptop whenever you’re writing are probably just instances where you’ve googled the correct spellings of simple words it’s assumed most people automatically know how to spell.

I Feel Bad but I Can’t Stop Laughing: A Memoir

Some of the best interviews about writing aren’t even about writing; they’re about something else… like life. *snorts another bump of coke*

Your favorite book of the year may or may not be the one you took the selfie with that got the most likes on Instagram.

HOT LIT TIP: Don’t write poetry. Write stupid slogans about junk food and depression with line breaks that are best served as t-shirts you can get printed up at the mall.

The Poet Laureate of tying two CVS bags around your hand before removing a dead rat from a kitchen drawer.

By age 35, you should still not be able to tell whether you’re a good writer or a bad writer.

Sex is cool and all, but have you ever started seeing someone you really like and they seem to really like you too but then they read your novel and immediately break things off ’cause only a real scumbag could write the book you wrote?

Highly recommend starting a writing workshop where way too much time is spent showing students how to improperly apply a Ronda Rousey arm-bar hold.

Imagine a Goodreads giveaway where, instead of some crappy book, the winner gets something useful, like a used toaster oven.

HOT LIT TIP: Logging in to your Submittable account is cheaper than hiring a dominatrix—and more punishing.

If your poem ever gets a Pushcart nomination, you may or may not immediately have to fess up about parts of it being lifted from things Bebop and/or Rocksteady said in episodes of the original Teenage Mutant Ninja Turtles cartoon.

When there’s no more room left in hell, the numerous drafts to all of those unfinished manuscripts will take up your entire computer desktop.

If you think that writing can actually save you then you’re pretty much a cop.

Even in November, nobody actually cares about you writing a novel. #NaNoWriMo

To Ghost and To Have Been Ghosted: A Novel

Do you even academia enough to actually think literary prizes mean anything, bro?

Sure, you probably published several books but the true highlight of your thirties so far has been you dismissively allowing your mind, body, and soul to gradually unravel like an old sweater.

My Life is Completely Fucked and It Just Makes Sense: Poems

“Pay me to write an academic think-piece on Don Quixote where I confuse the book with an episode of Walker Texas Ranger or Vonnegut the fuck out my face!”

Feel that Everyone is Probably Mad at Me for Something but I Don’t Have Enough Proof: Essays

HOT LIT TIP: Do not send publishers your stupid manuscript unless you are a homeless genius who lives out of a shitty car and has no academic or writerly affiliations.

Sex is cool, but has a journal ever asked you to submit poems to them and they ended up rejecting them for being too short but then they went and published poems by another writer that were either the same length or even shorter than the ones you’d submitted?

One of the only books worth recommending to young writers is Bright Lights, Big City by Jay McSomething, because a second-person novel about drug addiction, unrequited love and dead mothers set in the fashionable, coke-fueled ’80s club scene is *Italian chef kiss* awfully sexy.

See, the thing about poets complaining about other poets reading poems off of cell phones instead of actual pieces of paper is… *dabs gas station chili dog stain on shirt using napkin moist with poet tears*

Are You There, Depression? It’s Me, Anxiety