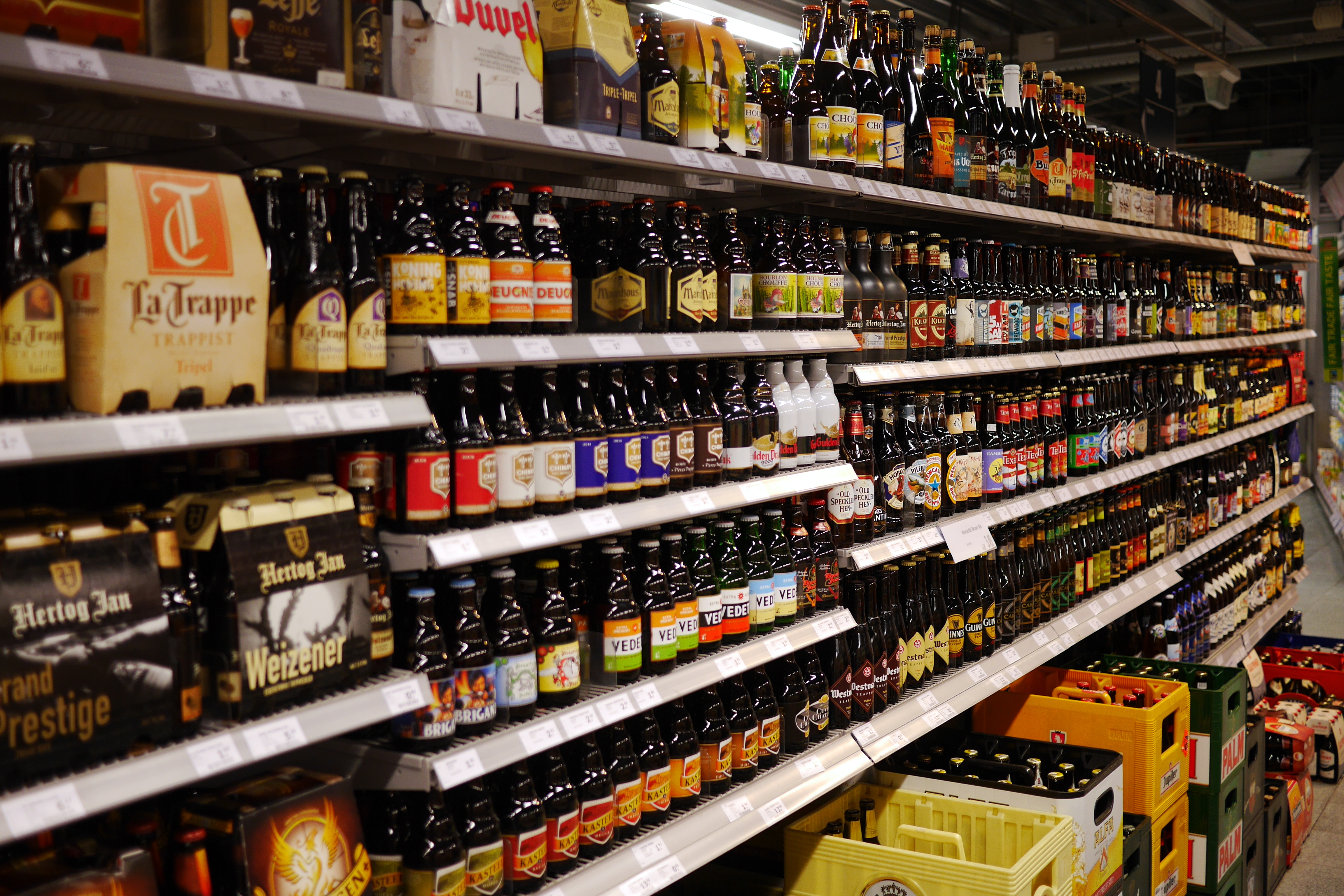 Begin thinking of a person. That person is—and becomes—a man. That man discovers alcohol at a young age and is drowning in it by age thirty. He marries twice, has three children.

The middle of those three becomes the man’s special helper. Even in torrential downpours, the man sends him to drive—“at least the speed limit, you little idiot, or you’ll get caught by the first wannabe greenhorn cop needing to meet a quota”—two miles away to get his beer, cigarettes, eggs from the convenience store.

Begin again, but this time, think of a boy, who gets to know his father’s friend Gary down at the corner store quite well. Gary will load up those cases of beer and those cartons of cigarettes, boxed up inside empty cardboard egg boxes, with some loaves of bread on top, so it looks to the neighbors like the boy is just picking up groceries. Try as he does, the boy never makes the run quickly enough, keeps the beer from sloshing around well enough, or looks strong enough carrying the box inside.

The boy grows up with his nose to the grindstone. He wins at everything: Basketball. Piano. Baseball. Chemistry. College—first in his family. Soccer. Marriage. Business. Not a peep from the man, except to bring up old slights. Eventually, the boy has a daughter and two sons. He teaches them grievance and competition, fosters in them a spirit critical even of angels. He never drinks a drop in his life; he decries those who do, ridicules every beer advertisement on TV, and while he tithes ten percent of his income to the evangelical church he attends, he never gives a dime to a homeless person in his entire life, explaining that they are all hopeless drunks who are incapable of rising above their station.

Begin a boy. You and your brother fight to be the best. You tell him he shouldn’t try swimming because he’d probably suck at it and drown. He tells you you’re likely to get weeded out by natural selection and maybe you should wear your bike helmet all the time. Together, you convince your sister that a particular tabloid hoax about an imminent, extinction-level, asteroid-to-Earth collision event is real. You let her believe, for hours, that the world is about to end, before your mother tells you you’ve both been bad, which you have been.

You perform in a middle school play. Your father tells a story at your cast party—which he insists on chaperoning—about your embarrassing fungal rash in front of two of your fellow actors, at least one of whom you have a crush on. The three of them laugh. Later, he will critique your performance, while praising the performance of your friends, citing his expertise, having once seen a play on Broadway.

You begin to retreat, as though into a shell, protected by inaction from offending him; his pet peeves are endless. Celebrating football players are branded showboats, most song lyrics are labeled vulgar, seven out of ten drivers are incompetent jackasses, and not even the pastor can do much right. The poor man never manages to preach properly, not one Sunday out of your entire childhood, and his ties are never knotted quite right.

Your father might have been a better preacher. He can rant for twenty minutes about the way a cashier spoke to him at the grocery store, can convince you easily that simply stepping outside makes you susceptible to evil. His moral universe is starkly painted in high contrast, like charcoal on super-white printer paper, and he is the arbiter of what is acceptable and what is not. What is not acceptable—for a man, for a Christian, for an American—he judges on a scale from “interesting” to “vile,” said with varying levels of smug snarl.

You move away at eighteen, and you waste no time fooling a bartender into serving you, getting blind drunk, and yelling at a TV in an Applebee’s three states away, screaming at the top of your lungs that life is unfair. Why is that, do you think? Has every breath felt a mistake? You are tempted often to find something tall and jump off of it, but you know you’ll never do it. Death is slow for everyone else, after all. Why should you be spared? So you take up smoking—that old venerated form of suicide—and drink like you have a rubber liver.

But you can see what is really happening here, don’t you? Have you thought of yourself as a potential father yet? Have you considered the damage you might do?

Years later, you will declare, drunk, that having kids is stupid. You believe it, but not for the reasons you will cite to your friends and lovers: The expense, the burden of care, the current overpopulation of the Earth. Really, it’s the extraordinary likelihood that you would do something like forget them in the grocery store one day and drive home without them, distracted by the two fresh, cold bricks of cans in the trunk holding all your attention—and even more, worse than that.

Photo, "Typical Grocery Store," belongs to ActiveSteve on Flickr. No changes made to photo.

← War & Peace in a Time of Quarantine
A Blue Pill Night →