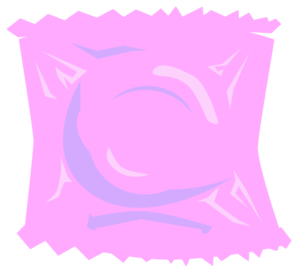 “Do you drive a car?” she asked on the way to Hyannis.

“Is it because you have a handicap?”

I had never passed my written test.

I also felt as estranged from driving a car as I did Stanley Kaplan’s GRE prep course.

Lavina, while driving, explained where Hyannis was. She was perplexed by my inability to grasp the logic of her map.

“Did you also fail geography?” she asked. “Maybe you have a directional disability? Anyway, what do you do for a living?”

“I work at a prophylactics factory in the Bronx,” I replied.

“Don’t you want to do something more important?”

Lavina lived in a duplex apartment in Brooklyn and owned a house in Hyannis.

There was no point in currying favor or disfavor. Let her win the argument. There are no room/board charges if she wins the argument. If she loses and you win, then you lose because invariably you will pay.

“Maybe you should try hosiery?”

“They give you pensions in the hosiery business. You don’t get that with condoms. Besides, what’s a nice Jewish girl working with rubbers?”

It’s true. My friends were lobbyists for gun companies or copy editors for clients who made butter. It was a small world, and they all knew each other, and gave each other jobs, though not me.

“I have some friends in the hosiery business. Did you go to college?” she asked.

“Is that why you’re working with rubbers?”

“No, my father said it would help diminish my anger toward men.”

“What does that mean?”

“He said that if I could appreciate that their lives depend on a small piece of synthetic material, I could understand their vulnerability.”

“Good, I don’t like lesbians. I think my ex daughter-in-law is one.” Lavina turned red like her Subaru.

Lavina was rather insistent, in general. She was particularly insistent that her neighbor, a “New age dyke who is a smart business woman,” was responsible for the backward spiral of Lavina’s once sanctimonious rule over a people-free neighborhood on their Hyannis street.

The woman had a Jack Russell who barked nonstop.

“Shut the fuck up!” Lavina yelled at the wooden house where the canine lived. The house had been built by a gluten-free construction company and you could hear everything outside.

She was annoyed at this “dumb shiksah” for a multitude of reasons, and most recently, because the woman was “opening another store in Hyannis.”

It was unclear where Lavina’s antipathy toward lesbians and their money originated.

Lavina’s former daughter-in-law, whom she accused of being a “radical gay,” said Lavina “molested” her kid.

“All I did was spank the girl. These politically correct types,” she said, “are worse than Stalinists.” Lavina had family members murdered by Stalin, which gave her a bitter view of anything that “veered near communist ideology.”

As for “molesting her granddaughter,” Lavina was more a disciple of brain molestation. She could take your brain and make you feel as if she were your resident lobotomist.

Her “brain molestation” techniques were also in her art—abstract blue and green smegma patterns—she captured the essence of smegma in batik.

A critic in Art News had written, “Lavina Schwartz is more on top of this subject matter than Philip Roth.”

“That’s what we have in common,” I mentioned to Lavina, “I work with rubbers, and you concern yourself with what goes outside of them.”

“You know nothing about my work!” she hissed. “You know zero about the theoretical precedence of smegma and its expression through batik.”

“But I work with rubbers,” I added, quietly.

There were a few moments of silence.

It’s very characteristic of me not to defend myself. I lapse into passive/aggressive inarticulateness, which causes the said person who has caused me neurological pain to suffer.

“No,” I replied, “I’m just in the middle of a Philip Roth book and I’d like to finish it.”

“Is that where the main character gets breast cancer?”

“No, it’s about a man who turns into a breast.”

“Oh…” Her “oohs” were self-effacing. You knew, and she knew, the argument, like a tedious chess game, had not gone in her favor.

“Have you gotten your bus schedule for tomorrow?” she asked me, “I won’t be able to drive you.”

“Remember,” I said to myself, as I took The Breast to bed, “nothing in this world is free, and when it is, it is insufferable.”