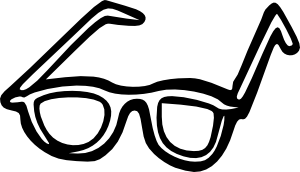 Tim’s new step dad owned a Cadillac.  His name was Bob and he looked like Corbon Bernsen.  Bob had a daughter named Bonnie and I loved her.  Bonnie smelled like coconut and wore bikinis at the beach.  When Bonnie walked along the ocean, strands of her long blonde hair pinched off in the clasp on her back and trembled in the breeze like kite string.

Bob drove me, Tim, and Bonnie – and Tim’s mother – to Fenwick Island where he’d rented a house for the week.  Bob’s son, Peter, showed up two days late, drank gin and tonics with the grown-ups, and one night took a dump on a lifeguard tower.  Peter bragged about it over breakfast.  Bob said, “Wild child!” and Tim laughed so hard he coughed up his Apple Jacks.

Tim thought Peter was a rock star.  Peter named me “Smear the Queer.”  Bonnie said I needed “culture assistance” and demanded I listen to Tori Amos on the Cadillac’s Bose speakers.  I owned two cassette tapes: Sports by Huey Lewis and Kenny Loggins’s Best of Friends.

In the middle of the week I lost my glasses in the ocean.  Tim called me a douche.

“Now now,” Tim’s mother said.  That evening at the house she laid her douche kit on the kitchen table.  “This is douche,” she said, and she explained it in scrupulous detail.

On our last night in Delaware, Tim – who also loved Bonnie – snuck into Bonnie’s room and stole the stuffed gorilla that Bob had won her in a game of ring toss at the Go-Kart Park.  Tim punted the gorilla into the ocean.

I squinted into the wavering darkness while sounds from the boardwalk married with the noise of the surf.

“Maybe the gorilla will find my glasses.”

Tim, shoving a clump of wet sand down my pants, said, “Douche.”

Brian Phillip Whalen’s writing is forthcoming or has appeared in The Southern Review, Spillway, Mid-American Review, North American Review, and elsewhere.  Brian has a PhD from SUNY Albany and lives in upstate New York with his wife and daughter.

← A Crash on the Highway
The Miller Position →