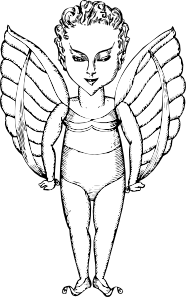 The principal made Mike an ex-middle school English teacher earlier in the afternoon. She gave him a choice: resign and receive a letter of recommendation to go teach somewhere else or be fired. I question why this principal would recommend Mike to another school when Mike wasn’t good enough to stick around at this school, passing him off to someone else like he was a cold.

Over his second beer in this bar, Mike wonders what was the last straw. Was it when he said to one of his students who was talking during second period to “shut up, Britney Spears” because she talked and looked like a younger Britney Spears? Was it when he lost his keys to his classroom twice? Was it because he couldn’t help the Russian student who barely spoke English write an article for fourth period journalism class? Mike asks his beer why the school would put someone who barely spoke English in a journalism class. I tell Mike he should have asked that question to the assistant principal instead. He ignores me and takes another sip.

I see how Mike is looking at his now empty fourth bottle of beer, how to best use it to open his wrists in front of all these people, and I shake my head. I ask Mike does he really want to kill himself with an empty Budweiser bottle but he doesn’t hear me. Someone else sees his intentions and stops him before he can even try (thank god).

Mike wakes up the next morning, his brain pickled in Budweiser. His dad asks him what he did last night, and the Mike’s hangover moans. I ask Mike what he’s going to do come Monday and he doesn’t hear me, as usual. He remembers how in middle school he hid his report card from his dad and stepmom for two months until his little brother brought home his report card and it jogged their memory. Mike’s stepmom was so pissed she banged Mike’s head against the wall. I shouldn’t have said I told you so after it happened; it was the last time Mike listened to me or any of my advice.

I see the plan coming together in Mike’s head: PO Box to forward his mail to, leave every morning as if he’s going to work, but instead to use the computers at his alma mater to look for work or look for someone to be a one-mid afternoon distraction. I can’t blame Mike for what he’s planning; in his dad’s hands, the wrong truth or fact is a knife.

J. Bradley is the author of The Adventures of Jesus Christ, Boy Detective (Pelekinesis, 2016) and the Yelp review prose poem collection Pick How You Will Revise A Memory (Robocup Press, 2016). He lives at jbradleywrites.com.