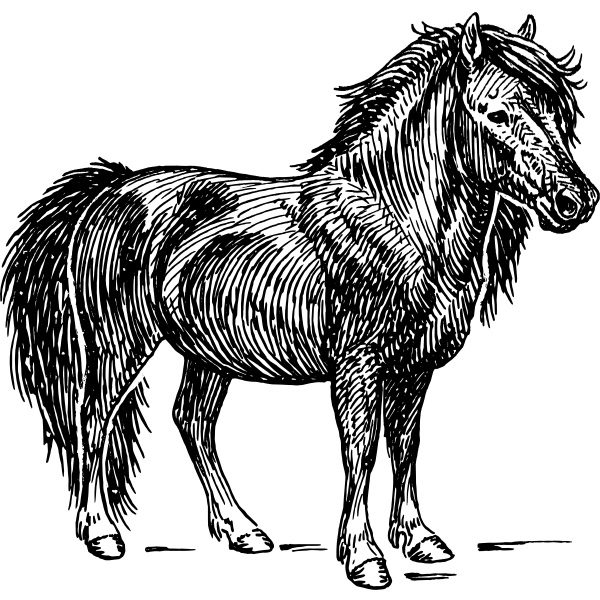 I woke up one morning and could not remember my baby was gone. I couldn’t remember she’d headed west on 94 with the detailer from Toyota. I couldn’t remember what her perfume smelled like, how tan her legs were. I couldn’t remember the sound of her car coming down the road to idle a moment in the drive, the crunch of the emergency brake being set, how she revved the engine before killing it, the way her dad taught her. I couldn’t remember the engine, the taste of her lip gloss, the taste of her bitter perfume. I couldn’t remember the sound of pop radio at all, or her Sonicare whirring a beautiful song inside her mouth. On the news a pony named Fat Boy had eaten a pile of fermented apples, gotten drunk and fallen peacefully in a kid’s shallow pool, which made me feel like getting drunk then falling harmlessly in someone’s pool, where I could float until the nice family came home from work and the children would rescue me, dry me off like a wet stray: Mommy, Daddy, look what we found. But I could never float that long. I’d get seasick, throw up on an old lawnchair and then go home, take a nap, and wake later with no memory of why my pillow was soaking wet. Perhaps I cried in my sleep, I’d think, but remember no reason why I would.

Say you have a recurring nightmare where you see jets, planes, all manner of flying machines, and all of them crash. Eventually you come to understand, even while asleep, that any machine in flight is going to disintegrate in a fiery ball before your eyes, and during the day you keep feeling dark whiffs of your nightmare to the point where you can’t bear to look into the sky at a 747’s lonely contrail. Well, this is nothing like that because I couldn’t remember.

The 24-hour news channels kept showing pictures of Fat Boy the drunken pony lying in a yellow SpongeBob kiddie pool, his big yellow teeth revealing
a drunken contentedness, his brown drowsy eye dreaming of strong, rotten apple piles where he’d get his next fix. I wondered if Fat Boy might not be an addict. I’d seen that hungry, dreamy look around the recovery tables.

My friend, who I’ll call X, called wanting a definition for roman à clef—a term I hadn’t heard since college, but out of my mouth came the definition, as if I’d just cracked a dictionary: A novel in which real persons or actual events figure under disguise. I also remembered perfectly, easily, the definition for fin siècle and a lot of other terms. I could remember everything I’d forgotten a long time ago, things that had helped me not at all except at intellectual parties, where they set out big bowls of rotting hummus and imported beer, and where I usually ended up in a corner like some surly rock star, some dark and lonely genius, except I didn’t have the IQ or credentials to pull it off.

X had written an outline and he was pretty sure it was the outline for a roman à clef. He’s written about 100 outlines over the past 2 years. You’re very adept at writing outlines, I said, then he told me why he was fearful of writing the actual book. It was a long, emotional story of the fear he had of disappointing his father. It was also why he can’t swing the bat in softball.

I pretended to listen to X on the phone while watching the muted TV chronicle the happy life of Fat Boy the drunken pony. It was the only news they showed all day, which was a relief. I couldn’t remember the President’s name, who I’ll disguise now by calling George W. Brush, or anything stupid or malevolent he’d done. I was still half-listening to X who was describing his detailed, graphic fantasies of patricide, how he was going to fashion a fatal trap using the oak tree in back of his house, 30 feet of rope, some bricks and broken glass, and a couple bottles of propane. I couldn’t remember the color of my baby’s eyes. I couldn’t remember her name anymore or whether, in fact, she ever really existed. Maybe she was just a passenger on one of those nightmare machines. She’d loved me, then been vaporized in a violent spray of hot white shrapnel just when I was beginning

to believe that love was real, like in the movies. I don’t know. I had forgotten, but then I remembered that I was forgetting something. I hung up the phone and walked outside. It was night, but I couldn’t remember where the day had gone. I walked in my bare feet across the cool dark grass and I stood on the curb looking down the road for something, the memory of which is only coming back to me now.