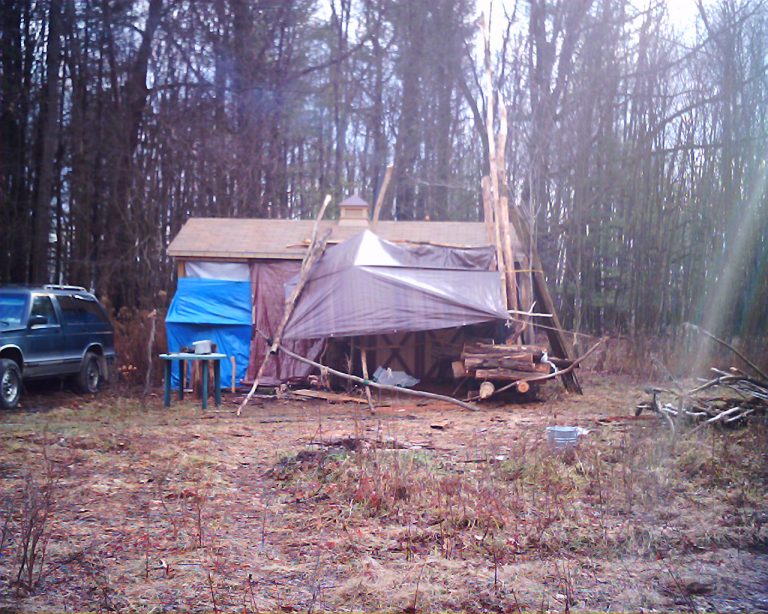 We all met each other on the internet, of course. Where everything made sense. We started talking about our suspicion of the media. Then we did some spitballing, and we talked about not just meeting in real life, but actually really getting together. Starting a mini compound out in the woods where we could hunt, screw, drink, and plot the overthrow of the government. No bosses telling us what to do or high taxes and political correctness. But when we got out to the woods, things didn’t make quite so much sense.

Teresa suggested that we should try to take out some Muslims, and that idea got some traction, but after we talked about it, we recognized that only one of us knew any Muslims. That was Dale T., and he only knew the one that sold him a car. Said he was a decent guy. Plus, Teresa got on our nerves. Wouldn’t shut up about what a good shot she was, but she didn’t bring back a single bird or deer or even racoon, so how good of a shot could she be? And on top of that, none of us knew where to actually find a group of Muslims. That might sound dumb to you, but once we were out in the woods, we didn’t really have internet access to answer basic questions. Probably there weren’t a lot of Muslims in the government anyway.

Andrew said that we should kidnap a few Senators, but after talking about it, we weren’t really sure who the worst Senators were. Especially without the internet. Dale T. said that he thought he remembered FOX News saying that Nancy Pelosi was bad, but Jake told us all that she was a Representative and not a Senator. That got us going for a while, because a couple of us thought that Jake might have been part of the government and just trying to protect Nancy Pelosi. So Jake suggested that we blow up the Supreme Court. That sounded kind of good until Dale M. told us that the court had a conservative majority (“finally” is what he said), and so we didn’t think that blowing up the court would help the country.

Now I wouldn’t tell any of the others this, but at this point, I started to wonder if a bunch of them were part of the government. What if this was a liberal plot to send a bunch of conservatives out into the woods so that they could win the next election? I tried to remember who had been in the original group online but didn’t show up in the woods. It seemed like there was a Jeremy, a Brittany, and maybe two Dustins. Though it might have been one Justin and one Dustin. The Justin that did make it out to the woods thought for sure that there was another Justin online. I wondered if maybe Justin was part of the government and trying to throw us off the scent. But if another of the group members was part of the government, and I tried talking to them about it, then they would just confuse me and defend Justin. They might even talk to the other members and say that I was part of the government.

Zeke Jarvis is a Professor of English at Eureka College. His work has appeared in Moon City Review, Posit, and KNOCK, among other places. His books include, So Anyway..., In A Family Way, The Three of Them, and Antisocial Norms. His website is zekedotjarvis.wordpress.com

Photo, "camp," by tw3k on Flickr. No changes made to photo.